Our Beloved Gritty Is Officially One Month Old

And his baby photos are definitely cuter than yours. 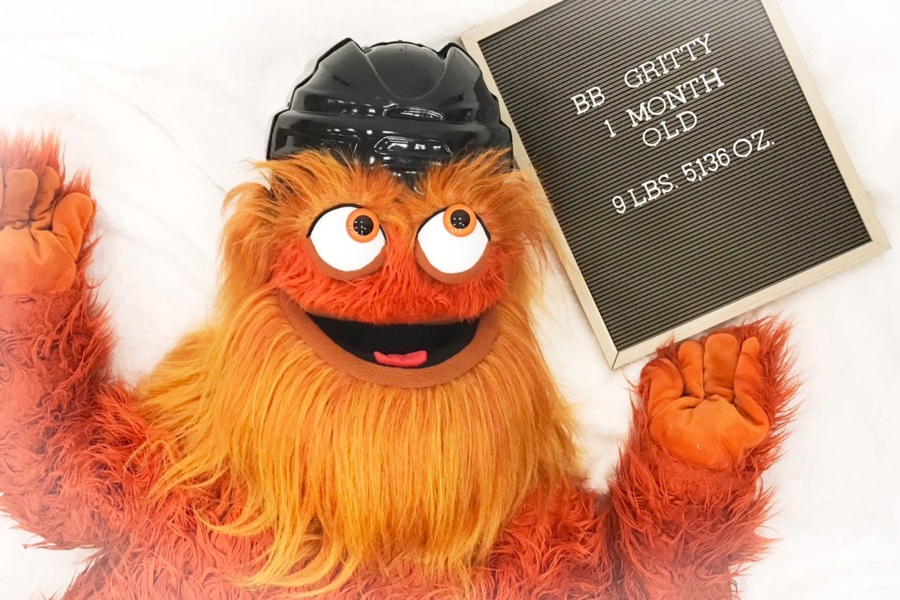 One of Gritty’s precious baby photos. | Via the Philadelphia Flyers/Twitter

I mean, when the Flyers first presented Gritty in September (and we instinctively, collectively cringed — who could blame us?), the Flyers said their mascot claimed “he’s been around for a longer than we know it” (or perhaps that we’d like to know), existing in some kind of “secret hideout” that was disturbed by construction at the Wells Fargo Center.

Alas, it appears there are two stories regarding the official birth of Gritty.

My theory is that his original claim is true — but, of course, he wanted to celebrate the anniversary of his unforgettable debut. And really, I think we should be thanking him, because his baby photos (or rather, BB photos) are just beautiful.

How did Gritty celebrate his one-month birthday, we wonder?

Perhaps he enjoyed a slice of this Gritty cake?

Or maybe he drank a few Gritty-inspired beers? Or took a bite of the Gritty ice cream sandwich from Big Gay Ice Cream, which, of course, is coated in nacho cheese-flavored Doritos? Maybe he ate a Gritty cheesesteak. We’re really not sure — the possibilities are endless.

One thing’s for sure: We love his baby photos.