We talk to the local actor about Philly’s performance scene, being out in the industry, and his new starring role in All I’m Worth. 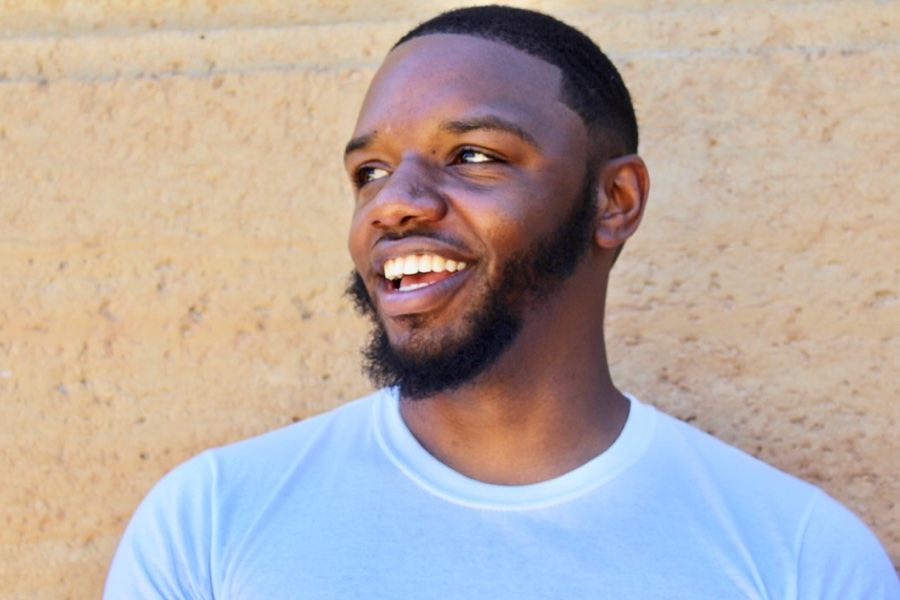 Dorian Parker is an actor in Philadelphia. We talk to the local talent about Philly’s performance scene, being out in the industry, and his new starring role in All I’m Worth.

Tell us a little bit about yourself.
Since I can remember, I’ve always been told I had a big personality, and people have always been entertained by my antics. In high school, I would host talent shows and events. I was raised by a single-parent grandmother. Due to her work schedule, there was a lack of support for my acting endeavors, which was totally understandable. When I was 21, I started taking acting classes at Walnut Street Theater. After taking my first class, I got right to work. In 2015, I did an internet radio show, “Dig N Den,” with one of my close friends. We focused on entertainment news and interview local talent. I have also appeared as a co-host on many other social media platforms, including “The Skorpion Show.” I have appeared in short films and stage plays, and have done background work for the likes of Richard Gere and Dakota Fanning. Last year, I appeared in my first full-length film, All I’m Worth. I have been using my social media platform to display my comedic personality and plan to make some transitions into stand-up comedy very soon.

You’ve been a local actor/comedian for years. What do you think is uniquely different about Philly’s film scene compared to the other cities?
Philly has a lot to offer! A lot of unpopular scenery and history! We were the nation’s first capital. It surprises me that our city has not consistently appeared in more productions outside of the notable “Rocky” series. In recent years there has been an increase of films coming to Philadelphia to film, but I truly believe there will be a higher increase in coming years. Everyone knows New York and Los Angeles for productions and talent, but the history and uniqueness of Philadelphia cannot be duplicated. There is a huge amount of talent in this city. We are an untapped pipeline for the industry to tap into, and I see that happening very soon.

How did you come across All I’m Worth?
In 2015, I was cast in a stage play that told the story about the life of Nat Turner by writer/producer Jamill Jones. Jamill is also the writer/producer of All I’m Worth. He me called in 2017 and stated that while writing the script he had me in mind for a character. When he first presented the idea, I was not sold on playing the character. I felt playing a LBGT character had become so typical and used for comedic purposes, when there is underlining layers of real issues that the LGBT community deals with. After having a follow-up conversation and reading the script, I reconsidered. While reading for the character of Kyle, I found very similar personality traits and similarities of our upbringing. When I think of representation and what it means for this community, I wanted to challenge myself to bring such a sensitive topic to the forefront and start the conversation around sexual assault.

Your character in the film is a victim of sexual abuse and violence. Why do you think conversations around rape culture and harassment haven’t been talked about as much within the larger LGBTQ community?
This is a very interesting question, not because of the content but because of the reality. There is a huge misconception of the LGBT community that gays are very sexual and they don’t have standards when it comes to sexual partners. There’s a great sentence for that: “I’m gay, not desperate.” There is a scene in the movie where I am accused of enjoying the sexual assault that took place on Kyle. This is reality for a lot of young gay males. Due to the attack being male on male, it is viewed very differently. Sadly, I believe a lot of young males are conditioned to believe that we have to always show a sense of strength and we in a sense become ashamed to display emotions. When we are in need of help, we normally shut down instead of seeking assistance. The same way African-Americans sway away from discussing mental health, this community has very similar experiences with sexual assault.

National Coming Out Day is this month. What is one piece of advice you would you give to performers deciding whether or not come out this year?
It’s really amazing to see mainstream organizations support the movement and the advancement of LGBT members. Essentially, when mainstream orgs provide this support, it creates comfort in many to live and walk in their true identity. My advice to anyone, regardless performer or not, is come out in your own time. My grandmother gave me a sense of comfort that allowed me to be able to do things on my own time, and I truly believe everyone deserves that option. Forcing anyone to do anything against their will is not fair. As performers we have influence, which creates in some senses a burden because we know there are people watching and in a way we can be that inspiration to help someone become comfortable within themselves, but people still have to be ready to take ownership of speaking the words “I’m gay.”