Bedbugs on SEPTA: This Video Will Make You Check Your Bus Seat Twice

“I started feeling a burning sensation in my arm,” says Philly mom Crystal Lopez. “And then I looked, and there were bedbugs everywhere.” 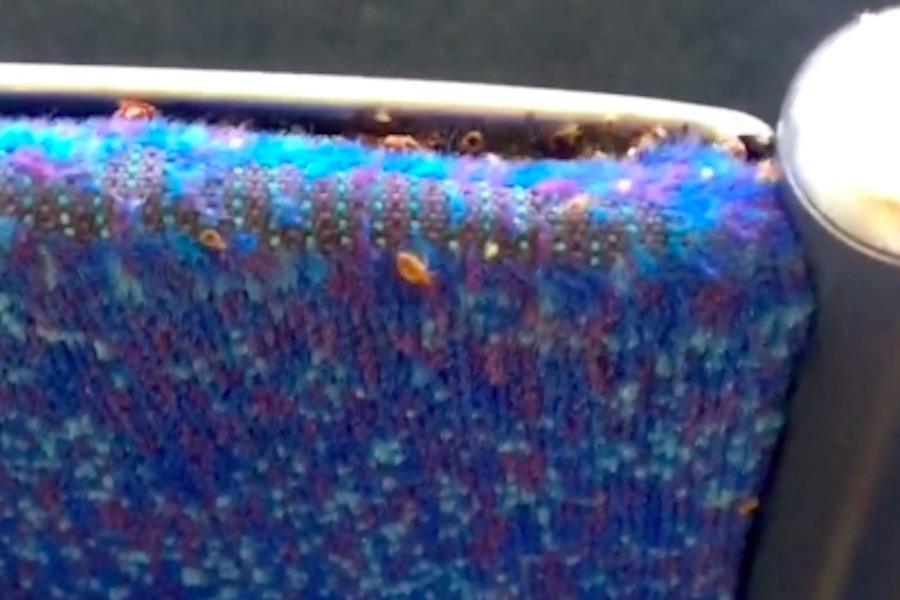 A screenshot from the video of bedbugs on SEPTA. (Courtesy Crystal Lopez)

People love to complain about SEPTA, and we hear those complaints all the time. But one Philadelphia mom’s SEPTA complaint certainly trumps most: She found bedbugs on SEPTA. Specifically, on her SEPTA bus seat. And she caught it all on video.

Crystal Lopez, 29, was taking the Route 26 bus from her daughter’s daycare in Northeast Philly to her home in North Philadelphia on Tuesday afternoon when she felt something funny.

“I started feeling a burning sensation in my arm,” Lopez told Philly Mag. “And then I looked, and there were bedbugs everywhere.”

The certified nursing assistant pulled out her phone and shot the following video so that she could show the bedbugs to the driver:

If that’s not creepy enough for you, here’s a zoomed-in version:

Lopez says that other riders complained to the driver as well once they saw what she was freaking out about, and the driver pulled the bus over, letting everybody out.

The driver called her supervisor, and Lopez eventually spoke with somebody from SEPTA on Tuesday, who said that they would look into the matter and call her back soon. Having not heard from anybody by Wednesday afternoon, Lopez posted the video on her Facebook page. Within four hours, this video of bedbugs on SEPTA had more than 36,000 views.

Good afternoon Crystal and thank you for taking the time to reach out to us. We understand that this is a disturbing and unsettling experience. Bed Bugs are a public space issue more than anything and they are definitely a concern for our riders. That vehicle was taken out of service and an exterminator was called to service it…

Complicating matters is that Lopez says that she is allergic to, among other pests, bedbugs. And she says that the burning sensation actually turned out to be an allergic reaction, which she treated with Benadryl. She’s scheduled to see her family doctor on Thursday.

These are photos she posted of her arm, documenting the reaction she says was caused by the bedbugs on SEPTA: 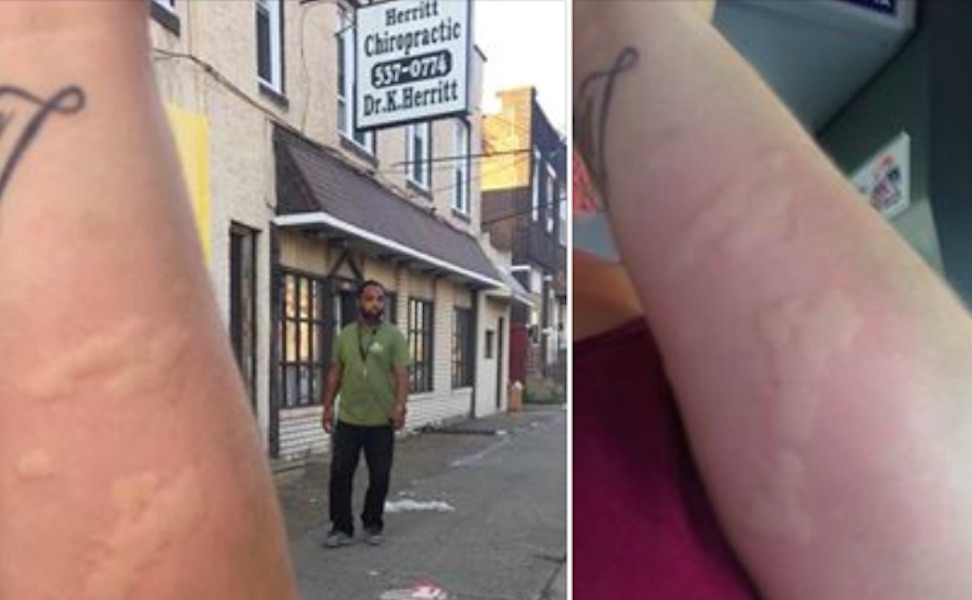 Crystal Lopez says that the bedbugs on SEPTA caused this reaction on her arm.

Reached on Wednesday evening, SEPTA spokesperson Andrew Busch confirmed that the bus was removed from service for fumigation. He added that as a proactive measure, all SEPTA buses are cycled in for fumigation approximately once each month.

Busch also pointed out that the bus in question has fabric-covered seats and that SEPTA is in the process of transitioning all of its buses to plastic seats, which are apparently less appealing to nasty creatures like bedbugs.