The debate is one of two scheduled ahead of the November election — and Barletta’s campaign is complaining that Casey hasn’t agreed to more. 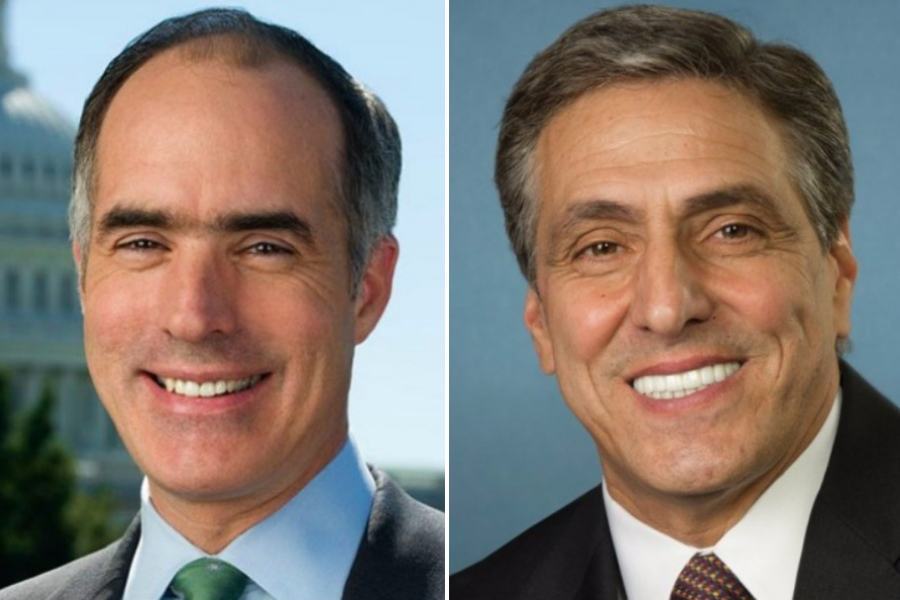 The debate is one of two scheduled ahead of the election this November. The other is set for Pittsburgh. The dates and locations of the events have not yet been announced.

Barletta’s campaign confirmed the Philadelphia and Pittsburgh debates in a statement released on Tuesday. A spokesman attacked Casey’s campaign for declining invitations to debates in Scranton and Harrisburg.

That spokesman, senior communications advisor Matthew Beynon, called Casey’s choice not to debate in Harrisburg and his hometown of Scranton “not surprising, but still disappointing.” Beynon cited Casey’s support of so-called sanctuary cities like Philadelphia, his pro-choice record (despite the fact that the senator has previously called himself “pro-life”), as well as his push to better regulate natural gas drilling as part of a platform that the senator would not want to subject “to scrutiny in Scranton in particular.”

“It’s clear that when Bob Casey went to Washington, he left his hometown behind,” Beynon said.

In response, Max Steele, communications director for Casey’s campaign, fired back on Twitter.

The #PASEN general election began 105 days ago. The @louforsenate team waited until an hour after finding out the number of debates the Casey campaign had agreed to to insist they wanted more.

That's not how this works.

Of course, this led to a (very) brief Twitter showdown.

Stay tuned for more information on when and where the debate between Casey and Barletta will occur in Philadelphia. According to the press release sent out by Barletta’s campaign, WPVI will host the event.

The latest U.S. Senate race poll from NBC News/Marist shows Casey ahead of Barletta, an immigration hawk and Trump loyalist from Hazleton, Pennsylvania, by 53 percent to 38 percent. The poll was conducted between August 12th and 16th. According to Nate Silver’s FiveThirtyEight, NBC News receives an A- polling grade and has a slight Democratic bias, while Marist College receives an A polling grades and has a slight Republican bias.

Senate elections will be held on November 6th.