"You've seen me fight in the street — now let me fight in office for you," reads the campaign slogan for Joe Cox, who spends a lot of his time handing out free slices of pizza — and marching for human rights. 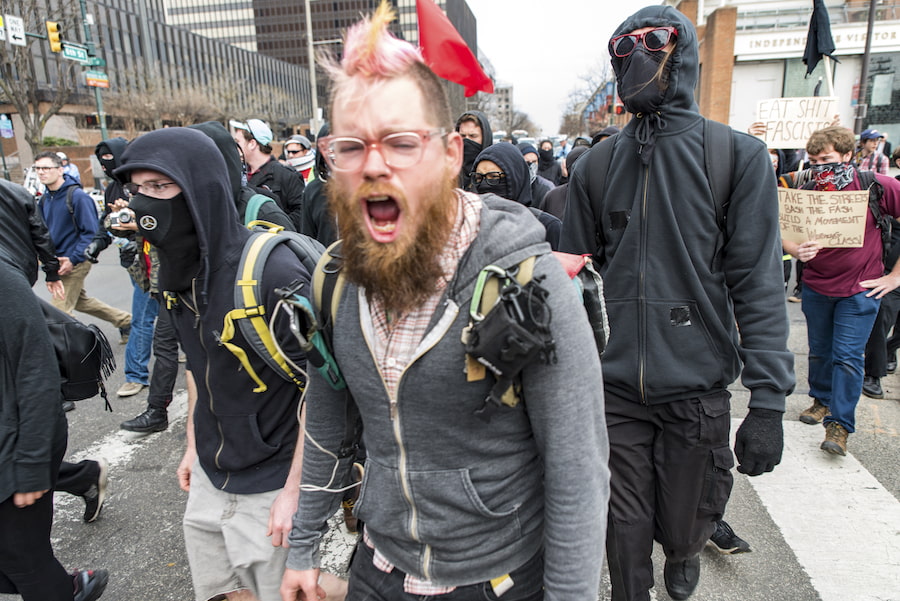 Back in May, I interviewed memorable Philadelphia bike messenger, protester, and pizza giveaway king Joe Cox for Biz Philly. We talked about his omnipresent dogs, his job with TimeCycle, and his mission to bring people happiness through pizza, but he never mentioned any political aspirations. Now, just three months later, he says he’s ready to launch a Joe Cox for City Council campaign.

Cox has been politically active, knocking on doors for Bernie Sanders in 2016 and marching alongside Antifa at an anti-Trump protest in 2017. But it was during the recent ICE protests in Philly that he found his higher calling.

“I was very involved recently as an ally in the fight to end PARS, which Juntos has been fighting for almost a decade,” the 32-year-old South Philadelphia man says, referring to the city’s now-abolished data sharing agreement which ICE. “Somebody came up to us on one of the first days of the protests and asked which one of us was going to run for office. They said that we need people to defeat the people in office who aren’t standing up to these things that are happening in the world.”

And so, Cox decided to run for a City Council-at-Large seat in the May 2019 primary in Philadelphia using the campaign slogan “You’ve seen me fight in the street — now let me fight in office for you!”

He just started a Joe Cox for City Council-at-Large Instagram page. There are Joe Cox for Council posters in the works. And he plans to advertise his campaign on his bike cart, which he typically uses to carry his two dogs everywhere he goes. 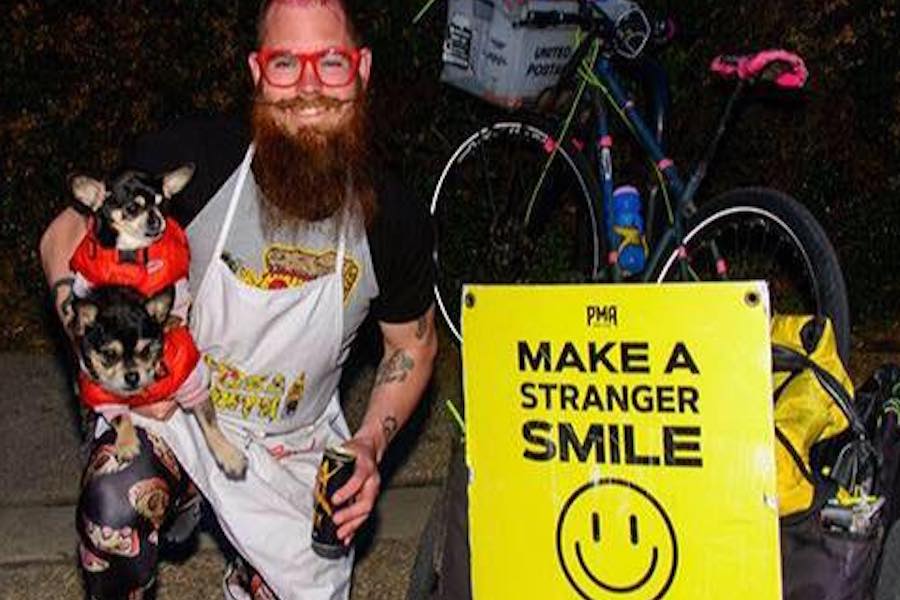 Joe Cox with his two dogs and a sign he totes around Philadelphia.

“I already attract a lot of attention when I’m on that bike,” says Cox. “If I put a campaign sign on the bike, a lot of people are going to know my name by next year. I’m riding that bike around 60 hours a week. It’s free advertising.” (If you’re wondering what he’ll do with the dogs while he’s working at City Hall, he says he’s going to bring them along, explaining that they are his registered service animals and that the city could not stop him from bringing them to work. Hope you’re not allergic, Darrell Clarke.)

Cox tells Philly Mag that he hasn’t decided what political party he’ll run under. He doesn’t like labels, but says if he had to label himself, he’s a democratic socialist. He’s hoping he might get financial support from the Socialist Alternative party, which got a socialist woman elected to Seattle’s City Council in 2016.

You probably won’t be surprised to learn that one of Cox’s main platforms is making Philadelphia a better place for bicyclists. But he also thinks we should have public restrooms all over the city. And he wants to put a real end to stop-and-frisk once and for all. He describes himself as an “activist for the downtrodden.”

Among the hashtags he’s using in his Joe Cox for Council campaign: 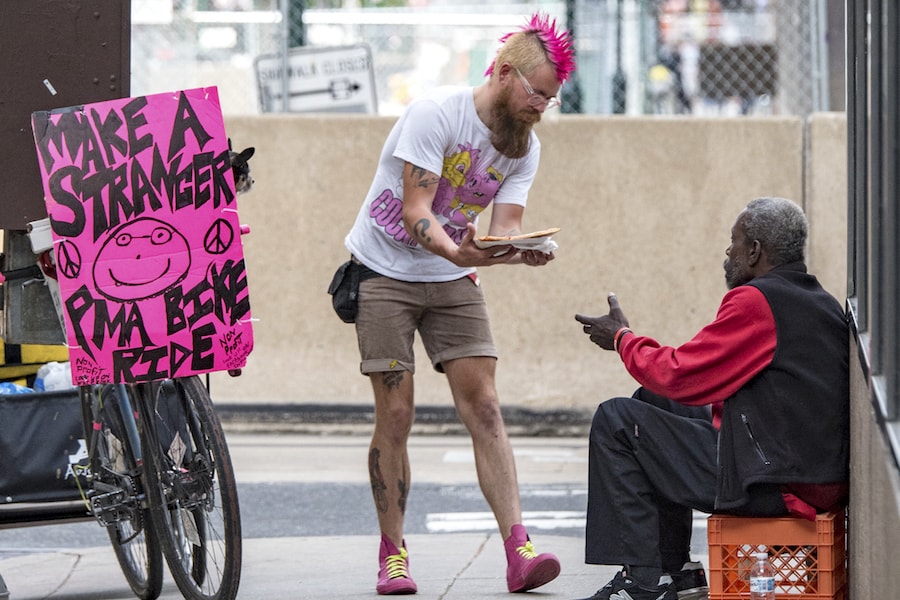 Cox first gained notoriety in Philadelphia thanks to PMA Bike Ride, the name he gave to his free pizza efforts. (PMA stands for “Positive Mental Attitude.”) He rides around the city giving pizza away to the homeless, to kids, and just to strangers on the street, an idea he got after learning about the Slices for the Homeless pay-it-forward program at Rosa’s Fresh Pizza on 11th Street.

If Cox managed to actually get himself elected to a City Council-at-Large seat inside City Hall, he’d get a salary of about $130,000, which he says is at least four times what he makes now as a bike messenger. But he says he wouldn’t buy a big house or take an exotic vacation with that money. No, there would just be more pizza.

“I can guarantee that people would be getting fed a lot better in Philadelphia,” he says. “There would be a lot more pizza going around.”

Many people in Philadelphia might look at Joe Cox and think he’s not a serious candidate. Well, I’m not sure what his chances are. But I’ll tell you one thing: In a world of broken campaign promises, more free pizza is one you can believe in.

[Ed. Note: This story has been updated with a new quote from Joe Cox in reference to his involvement with ending PARS. He said he misspoke originally.]