We Pitted the New Transit App Against SETPA’s Official App. Guess Which Won.

Public transportation data app Transit, which uses crowdsourcing to give you real-time arrival estimates, is now covering the Philly region. 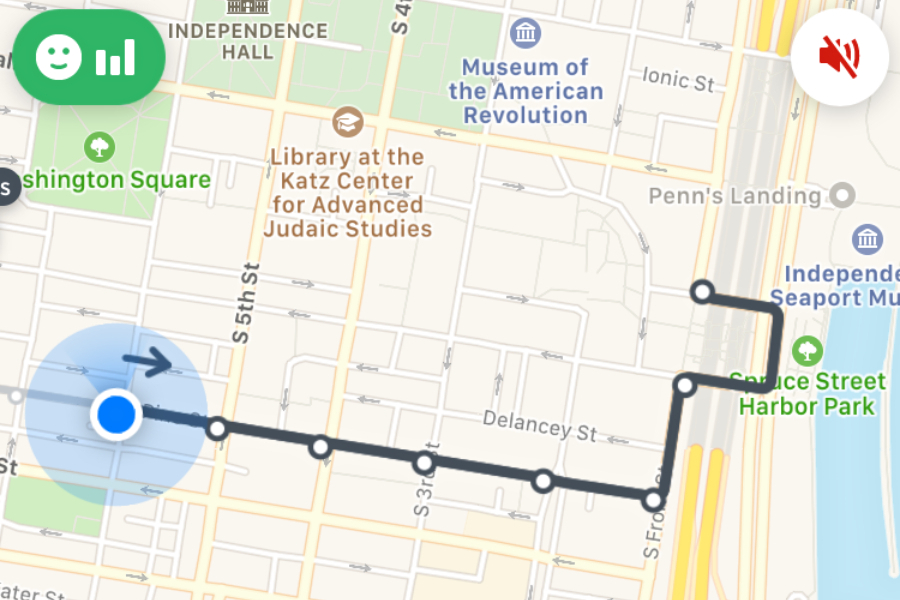 A screenshot of the Transit app.

Transit, the real-time public transportation data app already in use in 175 cities across the world, is now available in the Philadelphia region.

The app, which markets itself as “simple, reliable and oh-so-pretty,” helps users find the timeliest, most reliable way to get from point A to point B, whether by bus, train, trolley or subway.

The Transit app differs from SEPTA’s official app, which began providing real-time data in 2017, by relying on crowdsourcing. For those unfamiliar with crowdsourcing, the process basically involves gathering information from many individual users to better inform all users. This is, for example, how the driving-directions app Waze can give you constant route updates to take you around traffic jams. 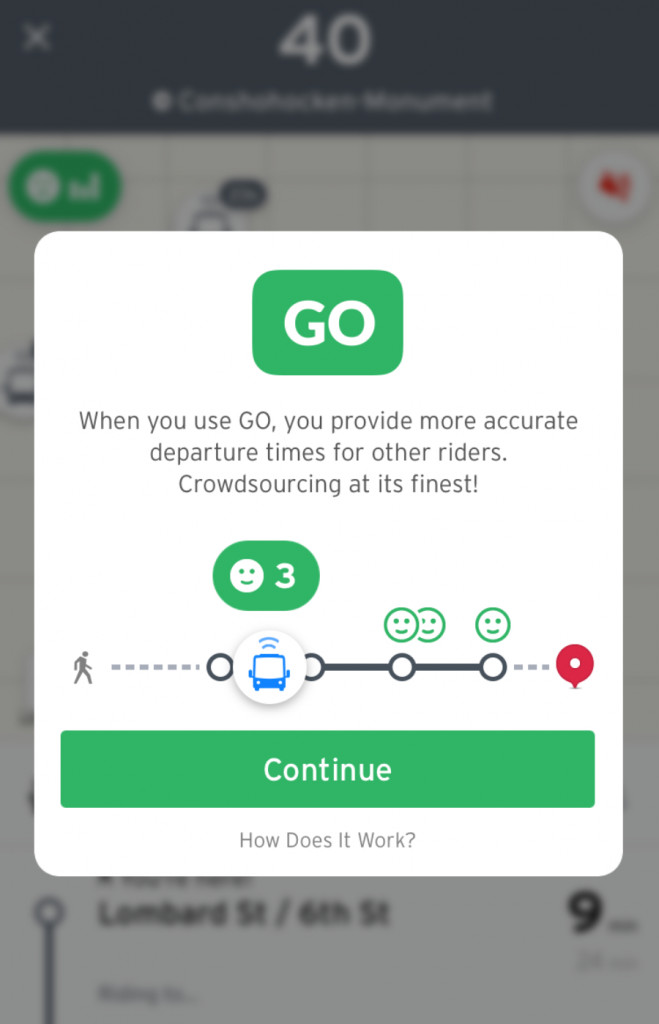 Here’s how crowdsourcing works in Transit: The app offers a “GO” button that, when you tap it, allows it to begin tracking you and sharing your position with other users. So when you’re waiting for, say, a bus or a train, you can see exactly where that vehicle is — as long as other Transit users are on board. At the same time , other users who are waiting can see where a vehicle is if you’re on board. (If you allow it, the app uses motion detection to recognize when you’re riding a vehicle.)

Transit can’t utilize crowdsourcing if there’s no crowd, however. When there aren’t any GO users transmitting real-time information on select routes, there’s no data to pull from. In that case, the app defaults to countdown estimates that come from the transit agency itself. So Transit would typically show the same arrival time information as the SEPTA app does — although Transit’s user interface, I found, is far more preferable.

Don’t like the idea of being tracked? The app creators claim that all data generated using GO is anonymous, and GO automatically turns off when you reach your destination. Of course, if you’re still hesitant, just don’t enter GO mode at all — you’ll still be able to see the estimates.

I tested out Transit on three Philly bus routes and found it to be pretty accurate. (Admittedly, it wasn’t the most scientific experiment.) The app nailed the countdown/arrival time on each opportunity, including for one route that relied on crowdsourced information. On the other hand, the SEPTA app provided accurate data for two out of the three routes, lagging only in regard to the route that Transit was able to crowdsource.

I also favored the overall user experience of the Transit app over that of SEPTA’s app: My search results in the latter vanished three times in the five or so minutes I was waiting for a bus, forcing me to restart my search each time. 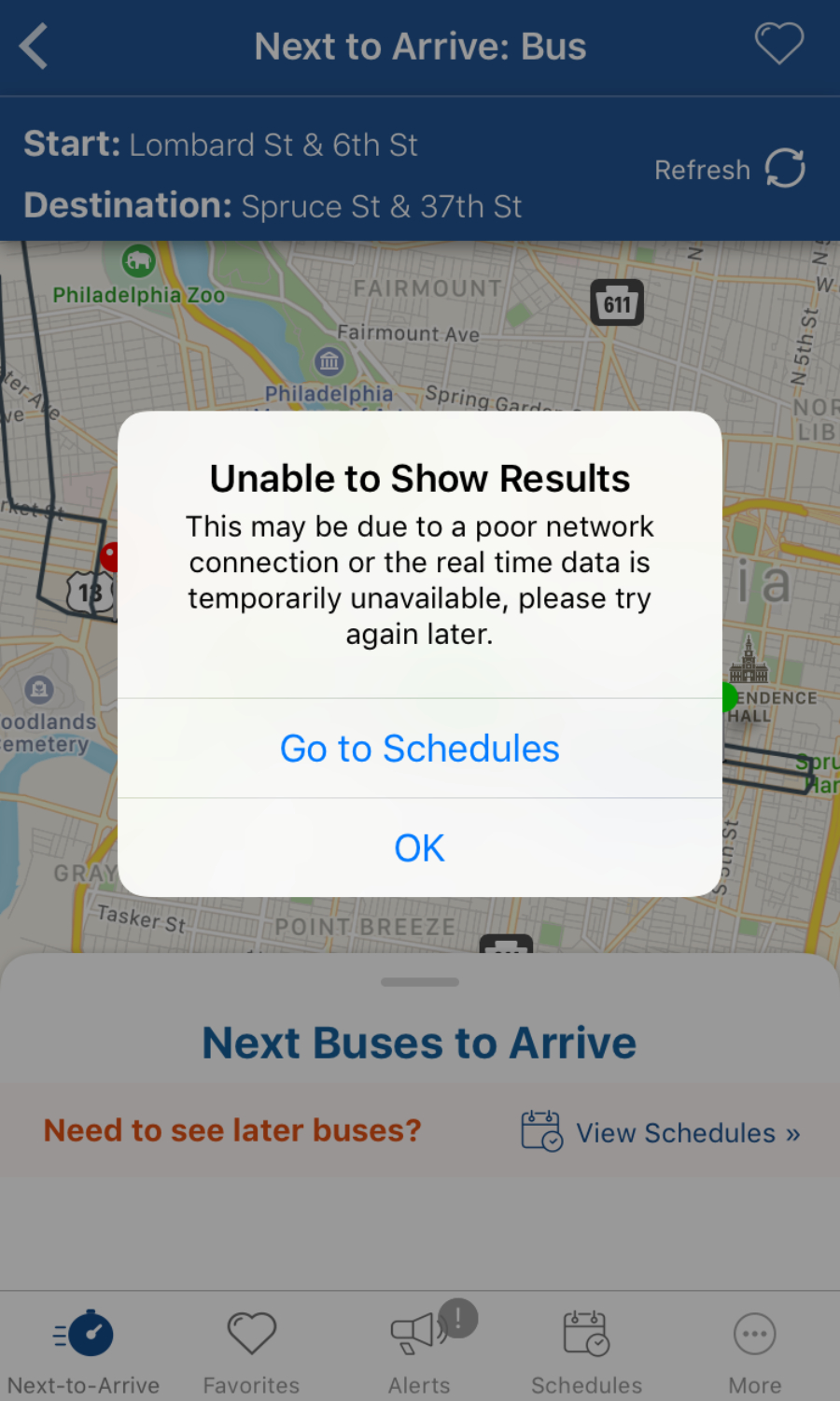 Plus, the Transit app offers destination routing: meaning you can input your destination, and a number of route options will appear (including Uber and Uber Pool availability). SEPTA’s app, on the other hand, is strictly route-based, so you have to have a pretty good knowledge of the city’s public transit system (or rely on Google maps for routing directions) to find your way to your destination. Basically, Transit tells you all the options coming your way on one screen, whereas for the SEPTA app, you have to get your footing and then check each bus, trolley train or subway line separately.

As you might’ve suspected, Transit’s GO function will affect your battery life — and consume some data. App creators say it typically won’t devour more than 5 percent of your battery during the average 20-minute trip (if you’re using your phone the entire ride). As far as data, the same typical trip will take less than 100kb of data, creators say. That’s “less than a kitten GIF but more than a text message,” according to the app.