What You Can Expect at Philly’s First-Ever “Millennial Forum”

Young people have been invited to voice their concerns, ideas, and dreams for Philly at a forum on Saturday hosted by the city's Millennial Advisory Committee. 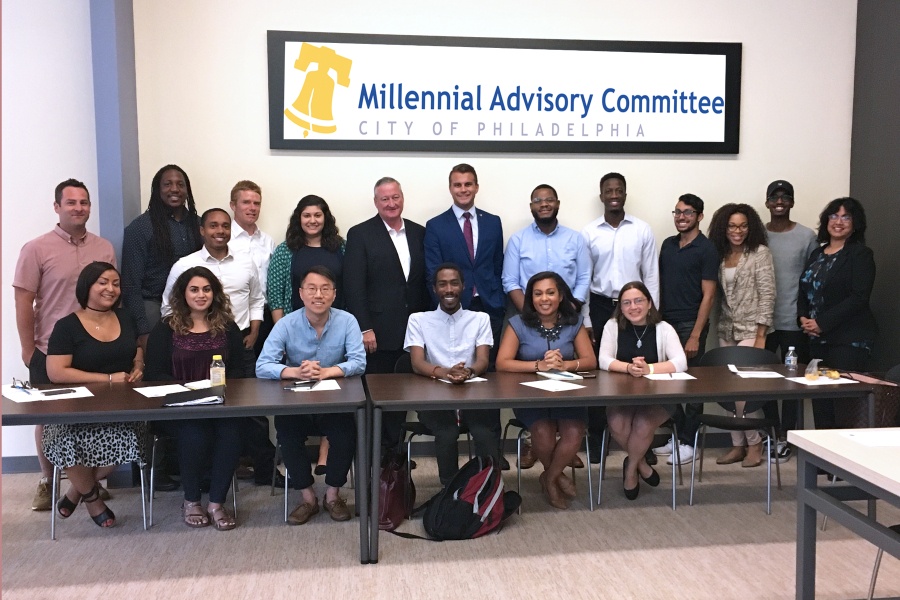 The millennial generation’s influence in Philadelphia is strong and growing, and not just because new data shows that millennials were the only age group in Philly to increase its voter turnout in the May primary election. The city’s Millennial Advisory Committee, which was created in the wake of the 2016 election, has been hard at work — and now you can join in.

On Saturday, MAC will hold Philly’s first-ever “millennial forum.” Mayor Jim Kenney will join the committee’s 21 members for a free public gathering of millennials to discuss policy and program recommendations. After the event, MAC will submit those recommendations — which will focus on social justice, neighborhood change, and the financial future of Philadelphia’s millennials — to the Kenney administration.

The forum will begin at 9 a.m. at Temple University’s Howard Gittis Student Center, located at 1755 North 13th Street. (Register here.) We called Nicole Allen White (MAC chair and director of government and external affairs at the Philadelphia Museum of Art) to discuss the day’s agenda.

What can millennials expect at their-first ever forum?
[The Millennial Advisory Committee was] established in February 2017. Since then, we’ve been doing a lot of research, talking to stakeholders — trying to figure out how we, as a committee, can work with the administration to achieve our goals of improving quality of life for millennials and retaining millennials who are maybe looking to leave the city. [The forum provides] an opportunity to engage with millennials on some of the most important topics facing our city, which include social justice issues related to [prisoner] reentry, how our neighborhoods are changing, and financial issues. We’re looking to get feedback and perspective from our peers. 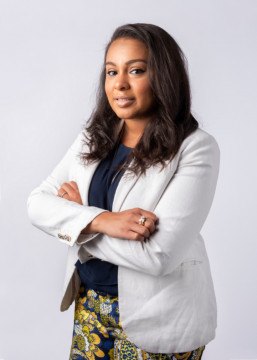 What will the environment be like?
When we first get in, it will be formal, with remarks for about 30 to 40 minutes. Then we are doing some breakout sessions, and each one of our subcommittees will be hosting these. The goal was to make these sessions fun and engaging and thought-provoking, and not just like a regular panel.

One is financial literacy, and that will be led by two experts in the field. It will give them the opportunity to have some fun, offer some lightheartedness when it comes to finances, and then [attendees] can ask experts about issues that might come up.

With neighborhood change, you’ll be asked to build your own neighborhoods, and you’ll be given scenarios like “Good schools cost X amount of money, street lighting costs X — so what are your priorities? What makes a good neighborhood?”

And with the unlocking reentry journey, we’re talking to experts and people working in the field — either at the grassroots or city level — about how we can welcome people to society who are returning from prison. We’ll have a pretty frank conversation. Then we’ll come back with a plan of action to make sure people are staying connected with us.

Can you say, briefly, why you picked each point of focus?
They’re what the Office of Public Engagement saw millennials were concerned about from the 400-plus applications that we received for positions on the committee. Part of [the application] said, “What are the most pressing issues that millennials are facing today in Philadelphia?” So that’s where financial futures and neighborhood change came from. People also said social justice, and the city is partnering with the MacArthur Foundation to reduce our prison population … so we’re trying to lend our voice to that conversation, and where we feel we can make space is talking about getting rid of stigmas associated with previously being incarcerated.

Is there one session that you’re most excited for?
I serve on the financial future subcommittee, so I am particularly interested in that. This can be fun and educational, and it’s a really important topic. Financial literacy in our generation is very low. This will be a fun way to recognize what you don’t know and talk to peers in your field who can help answer questions.

What’s MAC’s goal with this event?
We have a survey coming [likely by the end of the summer], and it’s largely about how city and Office of Public Engagements events are hosted. So we’ll get demographic information and figure out where people are coming from in the city. Also we’ll have scribes in each section to figure out in which section people are engaging most — where people are most knowledgeable and not knowledgable. For neighborhood change, we will come away with concrete ideas about what millennials most want in a neighborhood. We will be able to take a lot of information, including qualitative data, and put together a draft report of how we can best work with the administration.

How many people are you expecting to attend?
We are hoping for about 150 to 200.

How are you spreading the word?
We’re using social media channels. The Mayor’s Office send out a press release, which you got. We’re hoping for a tweet from the mayor, since he’s got a bunch of followers ever since he supported the Eagles over Trump. And we’ll reach out to people who applied to MAC back in 2016.

What’s new with MAC since we last spoke in November?
[The forum] is the big thing we’ve been planning for — and we’re putting the final touches on our report [about how MAC can engage with the administration]. We were hoping these things would come together at the same time, but everyone has lives outside of this. Hopefully the final report will get out in mid-summer. Aside from that, we recently submitted testimony in regard to City Council president Darrell Clarke’s affordable housing bill. We submitted testimony to talk about the impact of student debt on home-buying, so that was a great opportunity to lend a millennial voice to an issue in the city. And we’re hoping to bring in new members.

What can we expect from the report this summer?
It will really be able to show how MAC will work with the city, based on our research — how we want to work with the administration to relieve some of these issues. We will release all of it once we have it all finalized.

NEW: Millennials were the only age cohort to increase turnout in the 2018 Primary Election in Philadelphia. pic.twitter.com/orQbNLEJvt

New data from the May primary shows that millennials were the only age group in Philly with an increase in voter turnout this year. This is the third consecutive election that’s shown an increase in turnout for millennials. What does this mean for millennials — and Philly?
It’s really great to hear. It’s not surprising as our generation ages and we become homeowners and start raising families. But I think it’s important. As a large demographic in the city, it’s important that we’re voting, because we will be replacing older generations soon. We don’t want the status quo. We are constantly hearing from City Hall that our committee is one of the most active and independent committees. And I think that is a larger description of the generation. I think it’ll mean that a new guard is coming for the city, with people who want to play a major role in solving the systemic issues that we have faced for decades.