Why Nicole Allen White Decided to Take On the Pennsylvania Society

The up-and-coming millennial power player on going head-to-head with a Philadelphia political tradition. 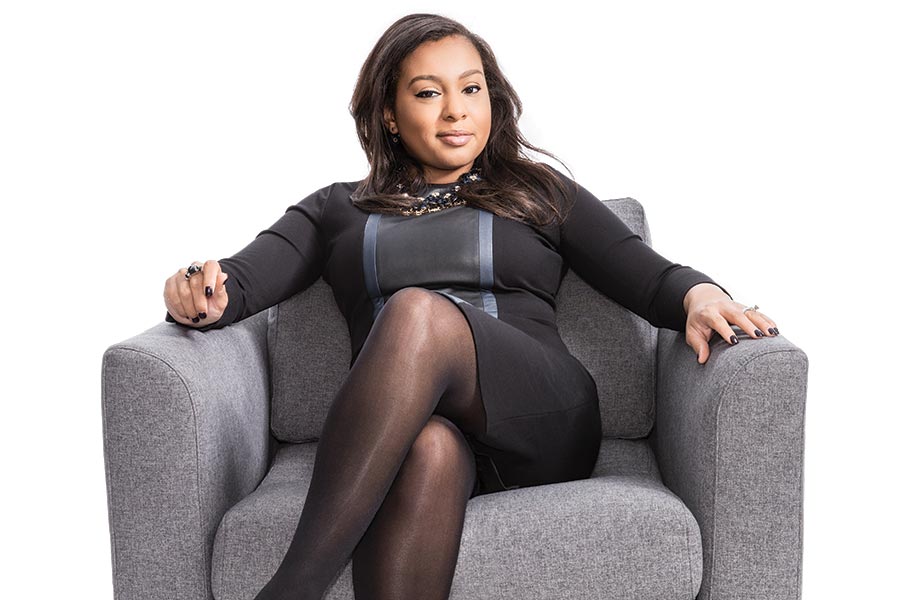 The Rundown
Age: 31
Occupation: Director of government and external affairs at the Art Museum.
Side gigs: Chair of Mayor’s Millennial Advisory Committee; vice chair of the board of USA250.
Major moves: She co-founded the Pattison Leader Ball, a youth-focused, Philly-based counterpoint to the power-crowd gathering that is the annual Pennsylvania Society gala in New York City.

The Pattison Leader Ball, which you founded in 2013 with your husband, Kellan, has been called the “engaged young person’s alternative” to the Pennsylvania Society. Why did Philly need this?
We went to Pennsylvania Society in 2012, and we noticed a lack of opportunity and access for young people. The dinner is invite-only, and it’s a high ticket price even if you are invited. We thought it would be great to bring together our peers for similar conversations about the future of the city and state.

Having it on the same night took some guts. Did you have jitters that it wouldn’t work?
Oh, absolutely. We fund this. That first year — I remember putting down my credit card like, “Oh my goodness, I hope we make this money back, ’cause I won’t be able to afford to pay it on my own!”

What do these events say about Philly’s changing power dynamic?
I understand the value in having the Pennsylvania Society on neutral territory [in New York]. But I also understand the economic impact that these events can have. I think the Pattison Leader Ball was just a statement that if you are going to have coalition-building conversations, it should be on your home turf.

In 2016, you got an RSVP from Tom Wolf. How did that feel?
That was incredible, to have the Governor come. Especially thinking back to how we started.

Expecting more bold names this year?
I can’t say. The Pennsylvania Society changed their date, so I think having it on a separate day will allow more to attend.

And suppose they do?
If elected officials want to come and mingle, that’s wonderful. But this is a special night for young people. We aren’t going to hand the microphone over to every elected official to give a stump speech.

You chair Mayor Kenney’s Millennial Advisory Committee, which was created in February when millennial engagement spiked. How are you keeping the momentum going?
We just had our first big event. It was about reentry. Two of my commissioners, Terrell Green and Steve McFarland, wrote and directed a theatrical performance based on the stories of five millennials who are returning citizens of Philadelphia. It was really powerful — utilizing the arts to humanize these stories.

You and Kellan both grew up in Philly. Do you talk about how the city has changed?
There have definitely been positive changes, and there are also neighborhoods that haven’t changed at all. Having a 26 percent poverty rate is just not sustainable for a city. Until we can really have an impact on that number, we won’t be the city we could be.

That sounds like a campaign slogan. Have you ever considered running for office?
[Laughs] No, because I can’t ask people for money. I could technically be a good elected official, but I would never be able to get elected.

Have you ever talked to someone who has a similar answer to that question?
Yeah …

What do you tell them?
[Laughs] I tell them to shut up and just do it. But I can be the person that gets other people to do it — and either way, you get better leadership.