Police Catch Another Coyote, This Time in South Philly

They cornered it near 16th and Montrose Street on Thursday morning — three days after the PPD captured a coyote in Mayfair. 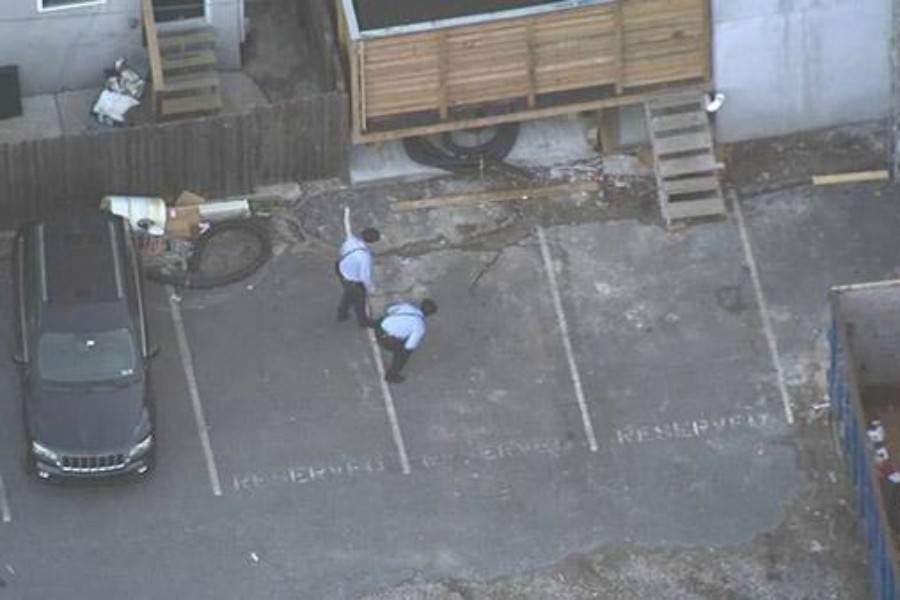 In Philadelphia, it’s not unusual for police to receive calls of animals on the loose. In December, Stormy the Cow twice escaped a Old City nativity scene, and officers had to chase her down I-95 and into a parking garage. Last August, a horse ran loose in Northern Liberties. In November of 2016, a bull fled a slaughterhouse in Kensington, and after a brief pursuit, police (sadly) shot it to death near Franklin Square.

But this week, police have chased coyotes — twice.

After a two-hour pursuit, officers cornered a coyote around 7 a.m. on Thursday morning in South Philadelphia, where it hid under a dumpster near 16th and Montrose streets. The coyote was first spotted at 6th and Spring Garden streets, then near the River Rink at Penn’s Landing, police told 6ABC.

You can see it here, making a quick run for it before police were able to catch it (thankfully unharmed):

Game Commission and animal control captured the coyote. But here it was running away. @KYWNewsradio pic.twitter.com/JEbAwZHLGz

And here, peeking out from under the dumpster:

South Philly Coyote watching all the hoopla from underneath the dumpster. pic.twitter.com/qdy7um5BoJ

Pennsylvania Game Commission officials told 6ABC that the coyote made its way to South Philadelphia from Bridesburg on Wednesday night. It’s not yet clear what will happen to it now. But if this feels familiar, it’s because it is: on Monday, police caught a coyote in Mayfair. That little guy (who was pretty cute) was taken to Game Commission officials and then released at the Pennypack Environmental Center off Verree Road, near Pennypack Park.

Good job15th officers today call for coyote on the streets it was caught and released back to Enviromental center pic.twitter.com/pVneSl2lP0

Maybe police will do the same with this coyote — and then the two can bond in their new home.

We can’t help but wonder what two coyote sightings in one week means for Philadelphia. Is our population of Northeastern coyotes (sometimes called coywolves, after a sort of coyote-wolf-dog hybrid) on the rise? Are they spreading out from Roxborough, the Wissahickon Valley Park and the suburbs, where they’ve been spotted before? Or are the sightings a sign of trouble or good fortune, as online spirit animal guides might say?

For now, it remains a mystery.