The city’s walking with a certain swagger these days. It feels good. It also feels weird. 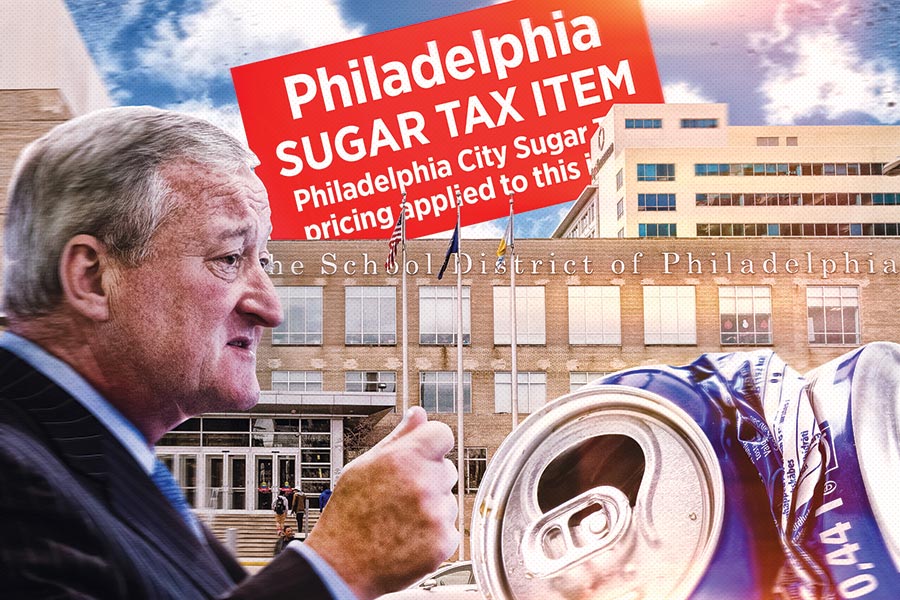 There’s something in the air, Philly. Can you feel it? I’m not talking about a stiff breeze. Or a swarm of aggressive insects. I’m talking about … confidence?

Bear with me: In early November, Mayor Jim Kenney stood up in front of City Council and stated — firmly but also nonchalantly, as only Kenney can — that 16 years of state control over Philadelphia’s public schools was quite enough, thank you, and he had every intent of wresting that control back.

“I am officially calling on the members of the School Reform Commission to vote to dissolve at their next scheduled meeting,” he intoned. “When we return to a school board appointed by the mayor, you can hold me, and future mayors, accountable for the success or failure of our schools.”

Boom. Just like that. For this longtime Philadelphian, it was like waking from a trance. “We can just do that?” I thought to myself. After all, it had been 16 years since the state took over our debt-riddled school district; many Philadelphians had likely forgotten — or perhaps had never known — that there was a time when we, like every other city, town, borough and township in the state, called the shots for our schools.

Those 16 years were marked by a parade of mayors and superintendents running to Harrisburg, hats in hand, desperately trying to ward off the latest school funding crisis. This annual spectacle fueled Philly’s infamous inferiority complex. Kenney’s not having it.

“It’s like night and day,” notes Marc Stier, mayor watcher and director of the Pennsylvania Budget and Policy Center. “There’s no simpler way to put it except to say that Kenney is a real leader. With other mayors, including recent ones, there was a common refrain: I don’t know what they care about; I don’t know what they’re willing to spend their political capital on. With Kenney, there’s no question. It’s education and pre-K. He’s willing to take the lead and take the heat. It’s refreshing to see that.”

The SRC did, indeed, vote itself out of existence at its very next meeting. Now that the move has been approved by the state’s Secretary of Education, a Philadelphia school board is expected take over on July 1st. And Kenney’s bold schools play — “I am responsible,” he proclaimed simply — is just the latest element in what’s starting to resemble an administration motif. 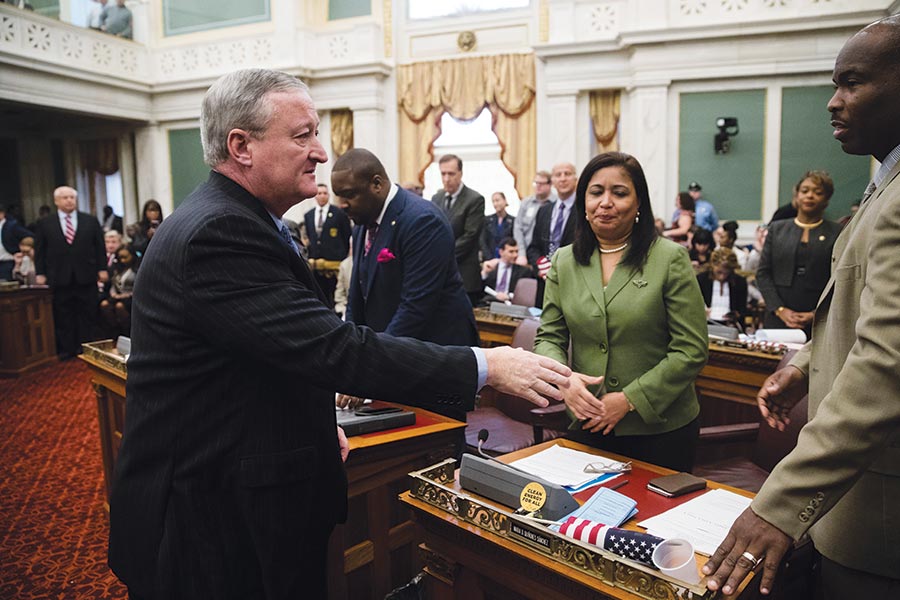 When Kenney wanted to fund pre-K, all he did was orchestrate America’s first big-city soda tax. When Big Soda sued over that tax’s constitutionality, the city kicked its butt in court — twice. When Jeff Sessions threatened to withhold federal dollars over Philly’s supposed sanctuary-city policies, the city sued him, too — and won.

Philly is picking fights. And it’s winning. This shouldn’t come as a surprise. After all, we’ve been telling people for decades how amazing we are — though often with a sense that we were selling ourselves on the idea, too. Is it possible we’re finally starting to believe our own hype? Maybe. Some people here even seem to believe we’re going to win the Amazon HQ2 sweepstakes.

Just weeks after Kenney’s power play on schools, Councilman David Oh introduced a resolution calling for the return of the Philadelphia Parking Authority to city control, too. Getting the legislature to hand back the reins they stole in the night back in 2001 will be a neat trick, but we like Oh’s spunk!

Make no mistake: If we do get our schools back, there’ll be a very large funding question looming in the city budget, though Stier sees ways — from PILOTs to property tax reassessments — to raise revenue.

That this administration finds itself in this position is at least somewhat serendipitous. Previous administrations did plenty of lifting to bring the city back from the brink. But Kenney is hell-bent on ending that inferiority complex once and for all. We approve.

Published as “Is Philly’s Inferiority Complex Dead?” in the January 2018 issue of Philadelphia magazine.