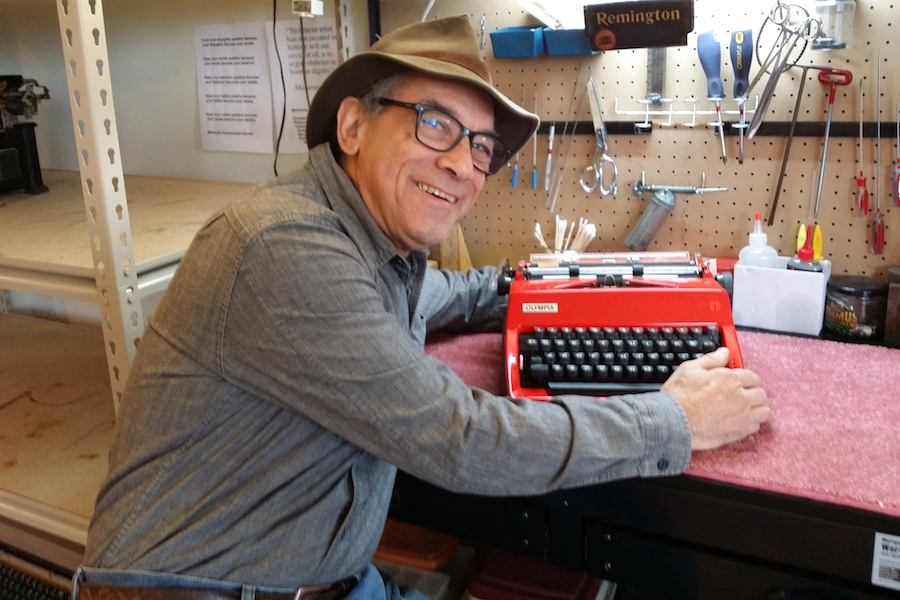 The typewriter store opened its doors at the corner of Passyunk Avenue and Dickinson Street, across from The Pub on Passyunk East and the Acme, just before the holidays, in a space formerly occupied by a shop selling turmeric extract, herbal teas, and kombucha.

“Usually for the first month of a place, everybody is sitting around looking at each other,” says Philly Typewriter’s Bryan Kravitz, who knows pretty much all there is to know about typewriters. “We’ve been very busy. We’ve received so many typewriters. It’s insane.”

While business has been robust, the store is most definitely still in soft opening mode. There are still counters to put up, there’s a cool window display in the works, and hours and final price lists haven’t exactly been set in stone yet. Expect finishing touches in the upcoming weeks and months.

Typewriter prices vary widely and the inventory is changing constantly. You might pay as little as $125 for an entry-level machine or several hundred dollars for more esoteric models. 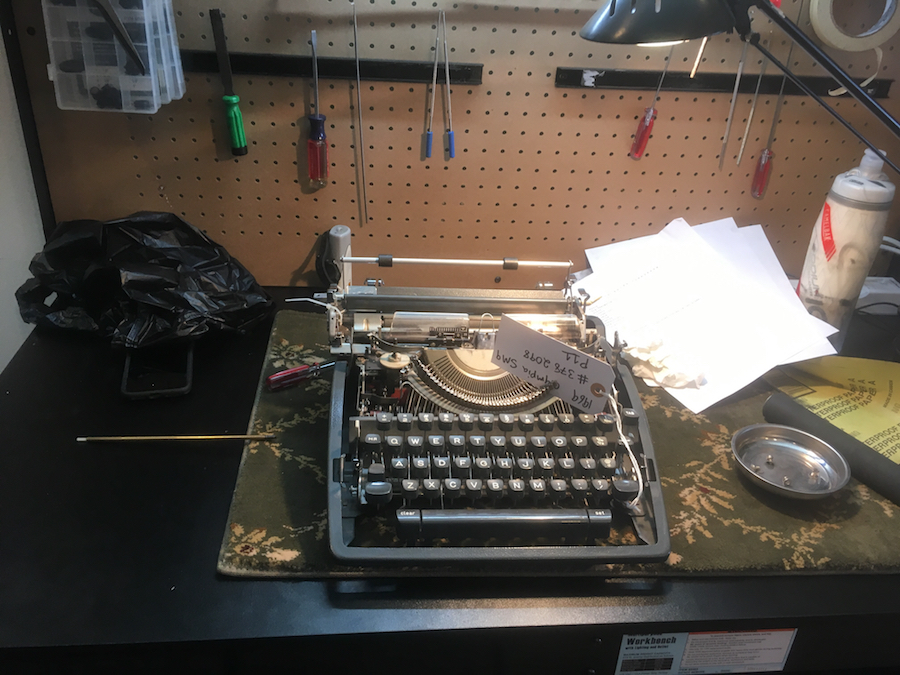 A work-in-progress at the South Philly typewriter store.

The shop also does typewriter repair and restoration. I recently bought a Remington Quiet-Riter Eleven in less-than-perfect shape at an auction in Montgomery County, and the store turned it into like-new condition for about $150. That’s it below. 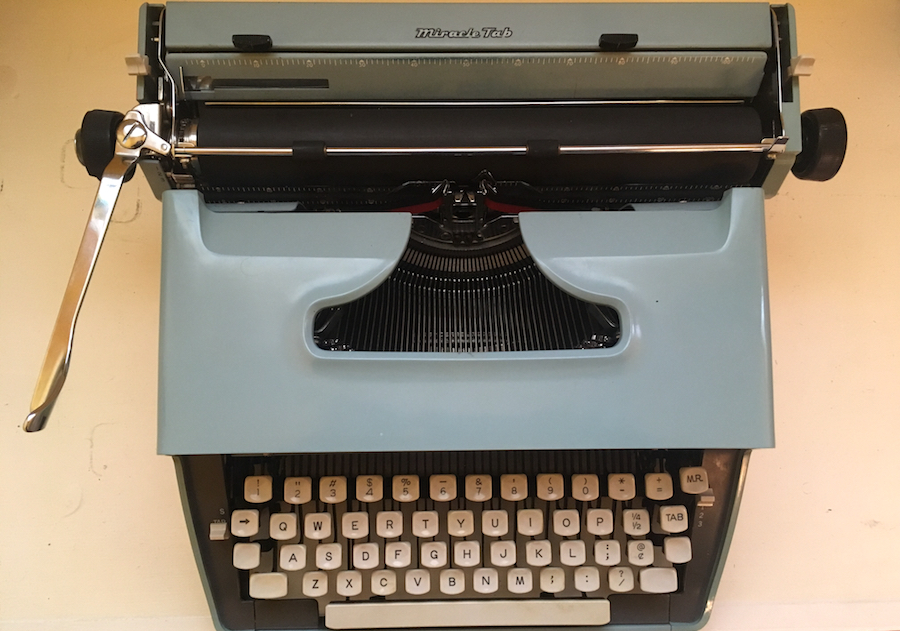 Kravitz, a native Philadelphian, opened a typewriter shop in California back in the 1970s. Business soared until people chucked their typewriters into the trash — or at least the attic — in favor of the newfangled personal computer. His interest in typewriters never wavered, and a few years ago, he started getting calls about typewriters once again.

No one is quite sure why people suddenly care about typewriters again, but given that Apple currently finds itself in trouble over childhood cellphone addiction and that a former Facebook executive recently said that the social media platform is “destroying how society works,” typewriter obsession seems perfectly healthy to me.

And if you’re thinking that kids of today wouldn’t have the least bit of interest in an old typewriter, allow me to share this video of my daughter upon receiving her first typewriter two Christmases ago.

We now own four typewriters. Be warned.