The Typewriter Makes a Comeback in Philly

News flash: The latest trend in technology has nothing to do with Apple. 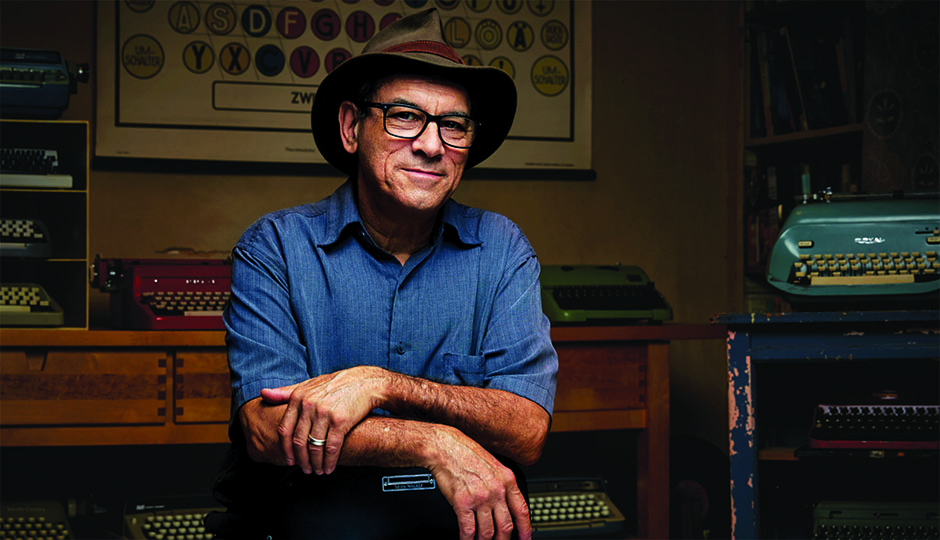 What did your nine-year-old daughter want for Christmas last year? An American Girl doll? Makeup? An iPhone 7?

Mine wanted one thing: a typewriter.

My wife and I scratched our heads over this request, as our daughter persisted with the peculiar wish-list-topper. (She felt that “any real writer” would own one.) Eventually we purchased a circa-1968 Smith-Corona Classic 12 on eBay for $35. None of that fancy 1970s electric stuff. Fully manual. Click-click-click-ding.

After a handy friend tinkered the machine into working condition, we presented it to our daughter. As you can see in the video below, she squealed. She jumped up and down. She hasn’t stopped using it since.

Our daughter’s obsession with this seemingly archaic device took us by complete surprise. But not Bryan Kravitz.

You wouldn’t expect a 68-year-old Northeast Philly guy to be at the forefront of any trends, but there stands Kravitz, whose Rhawnhurst-based Philly Typewriter company has seen sales increase exponentially over the past couple of years.

In the ’70s, the native Philadelphian opened a typewriter shop in California. Business boomed until the personal-computer surge forced Kravitz to move back to Philly for a career in marketing. But he never stopped collecting and fiddling with the old machines, and a few years ago, people who were privy to his hobby started asking questions, which spurred him to reboot his company.

Now, typewriters are a hot-ticket item, coveted relics in an era of artificial intelligence and screens galore. When vintage behemoth Jinxed posts models to its shoppable Instagram account, they sell within seconds. Online auctions regularly return hundreds of dollars in bids. Industrious types will even scoop up typewriters en masse from garage sales, trick them out with bold paint, and sell them on craft sites like Etsy.

Kravitz isn’t sure what spawned this second Typewriter Golden Age. No one spied Lena Dunham in a Bushwick coffee shop tapping away on an Underwood No. 5. Kendrick Lamar didn’t drop a typewriter rap. In fact, as far as Kravitz can remember, the only news reference to typewriters in recent years came in response to notorious leaker Edward Snowden: Some foreign governments announced they might start using typewriters for certain top-secret documents to protect them from WikiLeaks.

Whatever the cause for the popularity surge, it’s hard for Kravitz to keep the old machines on the shelves. “The day before Christmas last year, I sold everything in sight,” he tells me. (He normally stocks about 150 models, ranging in price from $120 to $400. All are warrantied for a year.) When Germantown Friends needed 12 machines for a creative writing course last year, and when the Chestnut Hill Harry Potter Festival wanted typewriters set up on the sidewalk, both called Kravitz for rentals. This month, he’s sending a bunch to the Philadelphia Museum of Art for the public to enjoy at a Friday-night event.

Most Fridays, you’ll find Kravitz at 4th and Bainbridge with a simple table-and-umbrella “shop” on the street; enthusiasts show up with finds in need of repair, and he returns with them—spic-and-span—one week later. On Tuesdays and Saturdays, he displays all sorts of typewriters in Mount Airy arts studio MaMa. Folks show up to shop and type letters — along with, well, other types of documents.

“By 2 p.m., I’ll have a roomful of typewriters with people at them,” he explains. “And there’s always someone filling out a divorce form. It never fails.”

Published as “The Return of the Typewriter” in the September 2017 issue of Philadelphia magazine.