Old City Might Get Exactly What Old City Needs: A Wawa

Rumor has it that a new location will open at 6th and Chestnut. 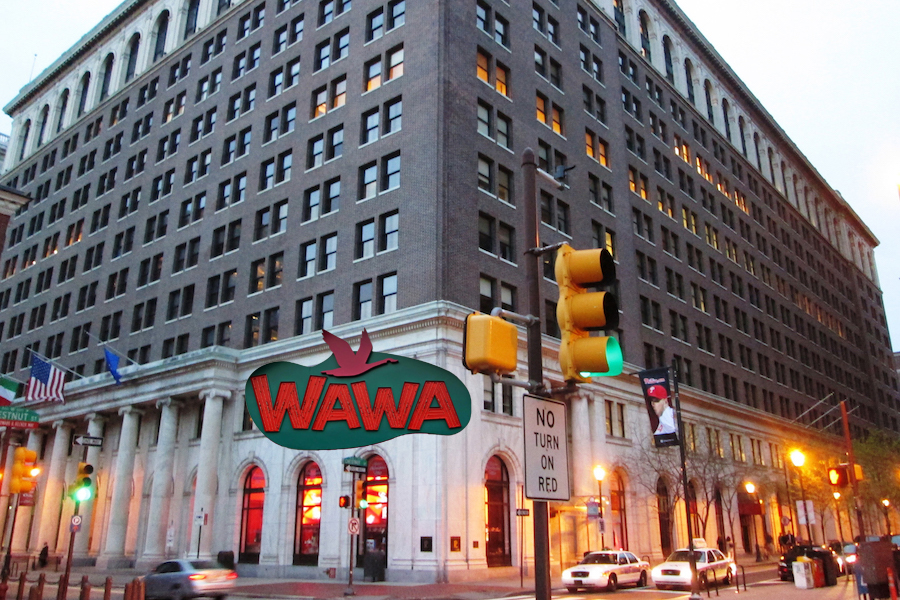 Our mock-up of the Public Ledger Building. (Building image via Wikimedia Commons)

Although there are a lot of things we don’t like about Old City, there are plenty of things on our Pros list as well: The Arden Theatre, FringeArts, Fork, the Khyber, Franklin Fountain, Shane’s, and the Ritz cinemas, to name a few. But one thing that Old City doesn’t have that it definitely needs is a Wawa. And one might be coming soon.

According to OCF Realty’s blog, Philly’s beloved convenience store is planning to open a new location on the first floor of the historic Public Ledger Building on 6th and Chestnut streets – right across from Independence Hall.

The space that could soon be an Old City Wawa was previously one of those Philadelphia gift shops selling a bunch of nicknacks and tchotchkes that nobody needs. Safe to say that a Wawa would be an upgrade.

For our 100 Most Influential People in Philadelphia feature, Wawa CEO Chris Gheysens told Philly Mag that his company is excited to announce planned expansions into some new neighborhoods in the city.

While a Wawa spokesperson says that the company cannot confirm OCF’s report at this time, a move into Old City would certainly follow this expansion strategy. And it would make a whole lot of sense.

After all, what drunk frat boy wouldn’t want a Wawa Meatball Shorti with provolone, parmesan and oregano at 2:05 a.m. after stumbling out of one of those horrible Old City bars?

Plus, the lunch truck scene in Old City isn’t exactly great (actually, it completely sucks), as we can attest having recently relocated the Philly Mag offices from 19th and Market to 6th and Walnut. So the ability to walk down the street and grab a Turkey Classic, a bag of chips, and some of that delicious Wawa iced tea sounds pretty good to us.