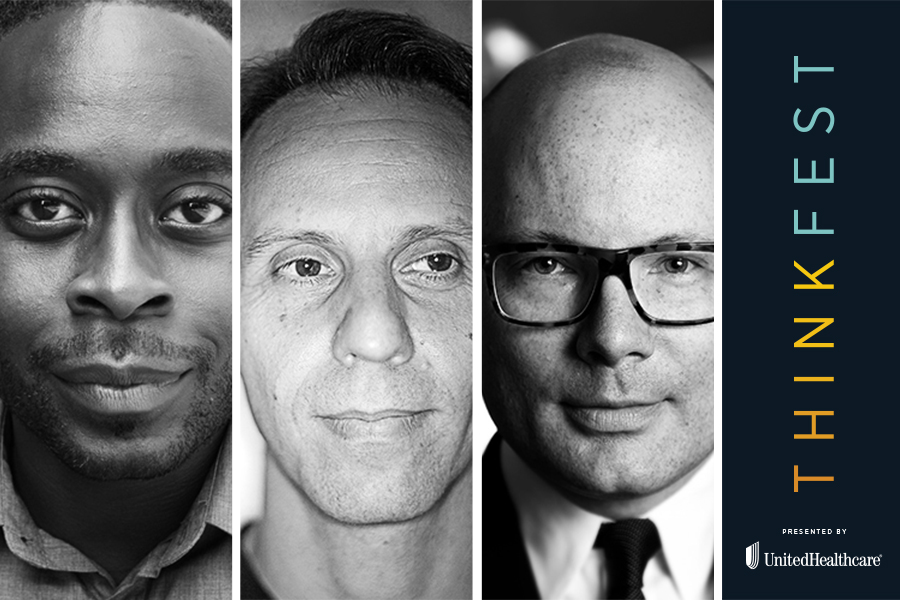 Every week, we provide you with lists of dozens of things to do in Philly — art shows, concerts, theater performances, comedy gigs, book readings, activist meet-ups, dance parties, historical tours, street festivals, you name it.

And every week, it seems like a new name or new venue or new concept pops up. The city’s creative capital is growing, and fast.

At ThinkFest, you’ll learn what that means for the city, according to playwright and performer James Ijames and Barnes Foundation director Thom Collins, two artistic powerhouses who represent Philly’s raw, burgeoning talent as well as its well-established cultural and institutional sway.

Ijames, a founding member of Orbiter 3, Philly’s first playwright producing collective, has appeared in productions at the Arden Theatre Company, Wilma Theater, Philadelphia Theatre Company, and People’s Light and Theatre in Malvern. His plays have been produced by theater companies such as Flashpoint, Orbiter 3, the National Black Theatre in New York, and Ally Theatre in Washington, D.C. Awards he’s snagged include the 2011 F. Otto Haas Award for an Emerging Artist, three Barrymores, a Terrance McNally New Play Award for WHITE in 2015, and the Whiting Award in 2017.

Under his directorship, the Barnes has slowly transformed into a more communal museum experience, offering perks like free weekday admission to all college undergrad students (an asset Collins introduced a few weeks into his directorship).

Ijames and Collins will be in conversation with FringeArts’ president and producing director Nick Stuccio. The trio will address the importance of the city’s creative hub. Plus, they’ll discuss what the scene needs, how it can improve, and goals for its future, as well as how institutions and citizens are responsible for fostering artistic inspiration.

Join Ijames, Collins and Stuccio on November 9th at the Annenberg Center for Performing Arts for ThinkFest, where many of the “100 Most Influential People in Philadelphia” will share their biggest ideas. Check out all the speakers and get your tickets today.
Read More About: