Activists called for the arrest of suspended officer Ryan Pownall. 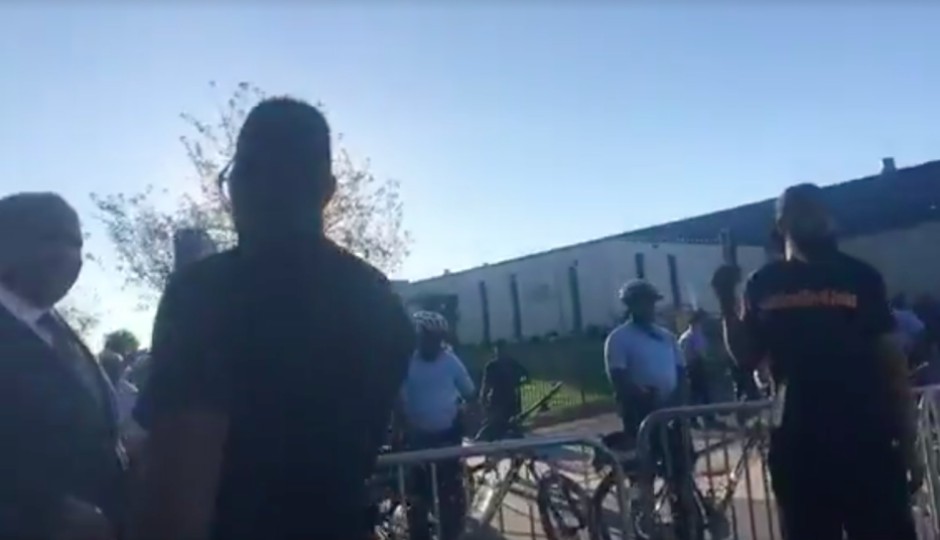 Protesters gathered on Sunday outside Philly’s Fraternal Order of Police union in Northeast Philly, where officers held a fundraiser for Ryan Pownall, the now-suspended policeman who shot Davis Jones in the back in June.

The protest group consisted of many of the same activists who held a small demonstration outside Pownall’s Bustleton home in late August, which drew ire, a heated “Back the Blue” rally and a lawsuit from the union.

Protesters have called for Pownall’s firing since footage of the shooting was released in June. Conflicting witness accounts and a conflict of interest in the Philly District Attorney’s office have prompted the state Attorney General to investigate Jones’s death.

The FOP said yesterday’s fundraiser, which cost $40 per person, was held to help Pownall afford living expenses during his suspension.

“You’re celebrating when you kill a black man,” Isaac Gardner of the Coalition for Justice for David Jones said into a bullhorn outside the lodge. “You got a party thrown. You all should be ashamed.”

FOP president John McNesby has not commented on the protest.

Just one day after the demonstration outside Pownall’s home in August, the FOP sought an injunction to block the Philadelphia Police Department from releasing the names of officers involved in shootings within 72 hours, per department policy. A Philly judge denied that attempt on Friday.