Philly’s Nakia Dawkins says her daughter and her friends were the only black people at the pool. 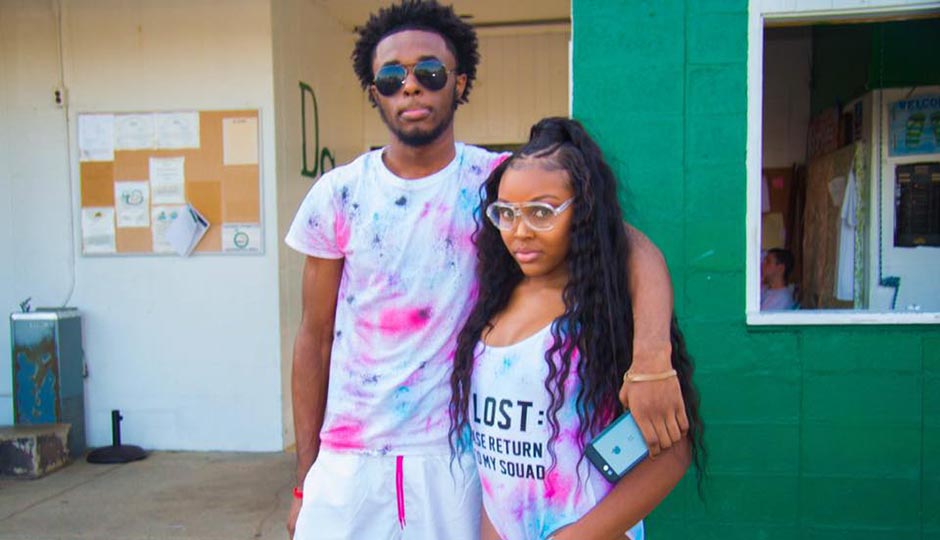 Diamonique Shuler, right, with Tamir Dickerson during her Sweet 16 party at the Drexel Swim Club. Photo courtesy of Nakia Dawkins

Every mom wants her daughter’s Sweet 16 party to be filled with happy memories, but one Philadelphia woman says her daughter’s celebration at a local swim club left the girl in tears.

Nakia “Kay” Dawkins, a West Philadelphia resident who owns a daycare facility in Wynnefield, booked Drexel Swim Club in Broomall on August 4th for her daughter, Diamonique Shuler, a straight-A student and dance major at the High School for the Creative and Performing Arts. 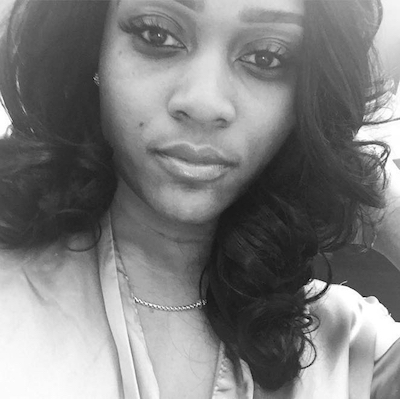 Dawkins says that she had joined the club a few weeks before and thought it would be a great place for Diamonique and her friends to dance, swim, and have a good time. But problems began, she says, almost as soon as the DJ she booked, Diamonique, and about 50 of the girl’s friends, almost all of whom are black, showed up.

While the DJ was setting up, Dawkins claims, an older white female member of the club — Dawkins recalls that there were no black people at the club other than her group — told her that she couldn’t have her party out in front by the pool and that she was supposed to set up way in the back.

But Dawkins says that the club instructed her to set up right where she was, because a cheerleading group had booked the space at the rear end of the property. The woman and another member persisted, complaining to Dawkins and the DJ that they were going to ruin the day for the other people at the pool.

Diamonique had picked a bunch of hip-hop songs that she and her friends love dancing to. The DJ was told to play the radio versions — i.e., no profanity — but Dawkins admits that one song slipped through with some expletives in it: “Dreams and Nightmares” by Philly rapper Meek Mill. 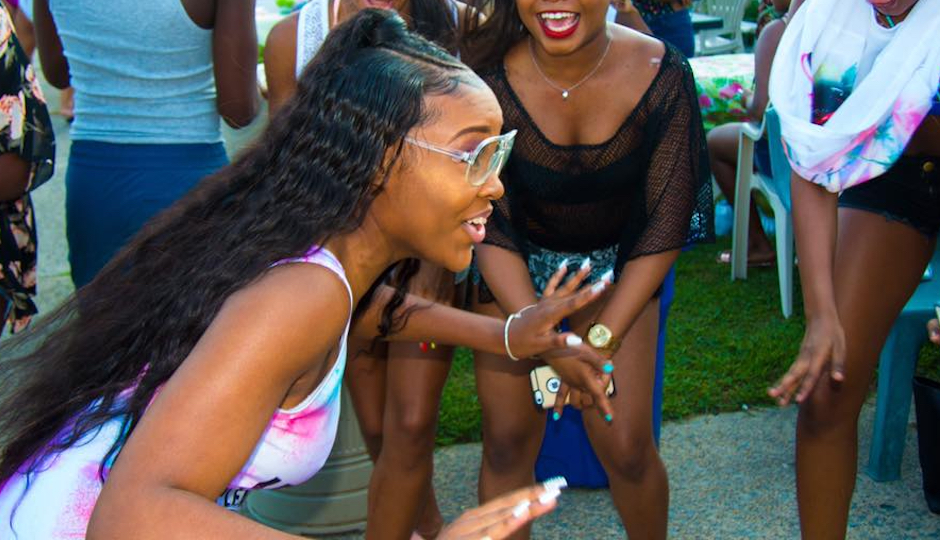 Diamonique Shuler and friends at the party. Photo courtesy of Nakia Dawkins

More members approached the mom to complain, and Dawkins says that she was apologetic and that she had a talk with the DJ to make sure it didn’t happen again.

But the complaints continued over the “noise” and tempers flared, says Dawkins. Members told her to turn the music down. She says she did. Then another member came over and said to turn it down more. She says she did. Then management stepped in and told her to turn down the music, because the members were complaining to them. This continued until Dawkins got fed up and said that she wasn’t turning it down any further — it was almost inaudible at that point, she insists. (A Drexel Swim Club manager reached by phone on Friday morning declined to answer any questions about the incident.)

She claims that one woman started shouting, “You don’t belong here.” Dawkins remembers another saying, “Go back to your own neighborhood.” And finally: “This is our swimming pool. Go the fuck back where you came from.”

“It was really obscene,” says Dawkins. “I’ve honestly never witnessed anything like that in my life.”

When the members first started telling them they didn’t belong there, Dawkins says that her daughter naively told her, “Mom, I thought you said we were members here.”

“She wasn’t grasping the concept that this was racism on display,” Dawkins explains.

Finally, somebody pulled the plug on the DJ — no one is quite sure who — and Dawkins and the other members exchanged words. The police were called, but by the time they arrived, Dawkins and the kids were outside the swim club. No arrests were made.

“It was over by the time we got there,” says Marple Township police chief Tom Murray. “We spoke with the mom, who was very upset because she believed they were treated with racism and disrespect. But this really wasn’t a police matter.”

Dawkins says that Drexel Swim Club revoked her membership, and she’s been contacted by six lawyers who want to meet with her.

Meanwhile, she has a petition circulating on Change.org — “I Want People to Understand that Racism Is Never OK” — that is up to more than 3,000 signatures in just two days.

“I hate racist people,” Dawkins tells us. “I have no time for them, and I usually ignore them. But you mess with my little girl, and that’s another story entirely.”