Here's when and where you'll find the seven-mile car-free route this fall. 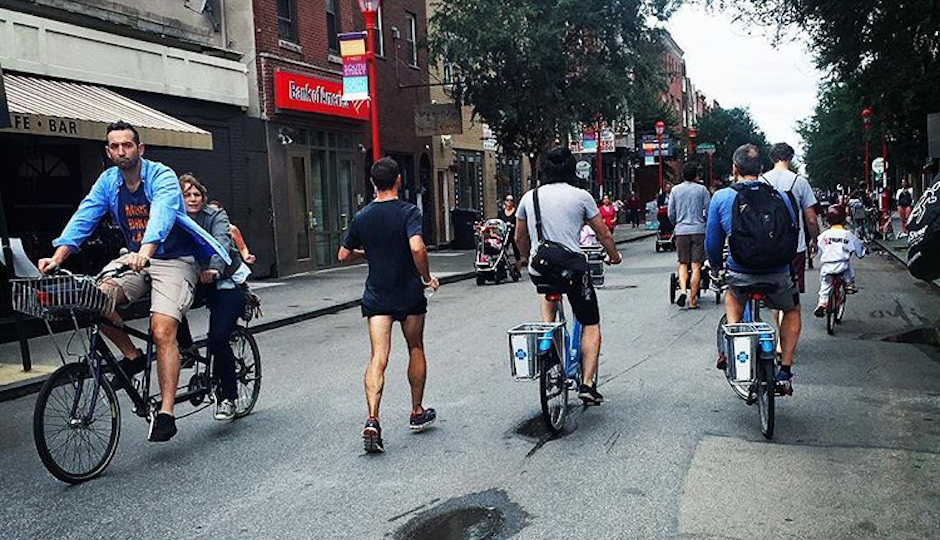 Mark your calendars for the return of Philly Free Streets.

Between 8 a.m. and 1 p.m. on Saturday, October 28th, a seven-mile route in Philly will be declared totally car-free. Runners, bikers and walkers, rejoice!

This year’s trail will stretch from 3rd and Chestnut Streets in Old City to 5th Street and Indiana Avenue in Fairhill, via 3rd Street, 4th Street and Germantown Avenue.

More information will follow in the coming weeks, according to the website for the event. When Philly Free Streets launched last year, the city closed 10 miles of roads to vehicular traffic, mostly along South Street. An estimated 30,000 people participated.

For the most part, it was seen as a success – albeit with lots of room for progress. Some participants complained of overcrowding (mostly because fitness activities, vendors and education programs were set up along the route), while others took issue the fact that some intersections were still open to traffic. Plus, organizers didn’t attract as diverse a crowd as they hoped for.

This year’s event will reportedly include public programs aimed toward connecting neighborhoods along the route.

“This is a city of neighborhoods,” Mayor Jim Kenney said at a press conference today, according to PhillyVoice. “For too many years, neighbors like North Philadelphia, Southwest and Frankford and others were not paid attention to. We want to make sure everyone in our city gets a chance to experience every neighborhood in our city.”