The city has put the sculpture's trapezoidal base up for auction online – and so far, it would only cost you a little more than $400. 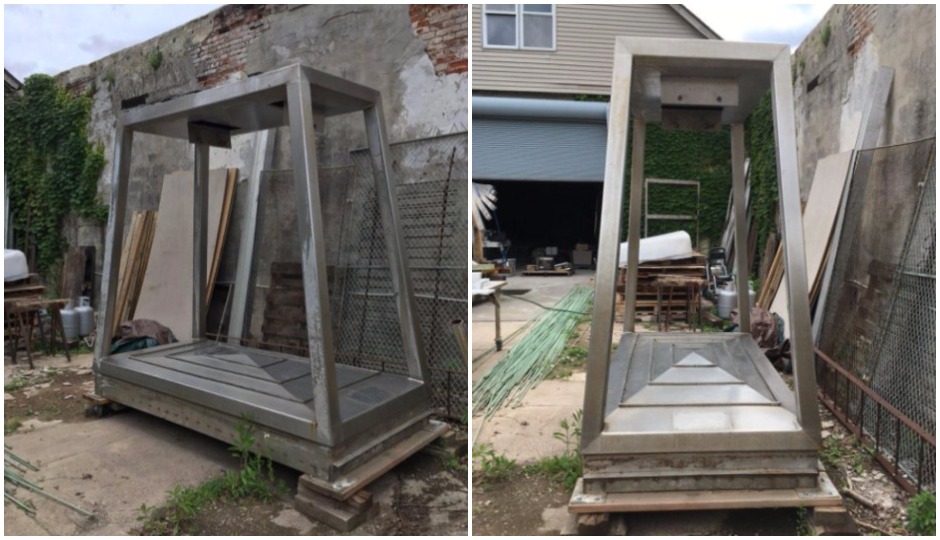 Photos via the City of Philadelphia

Going once … going twice … the trapezoidal stainless-steel pedestal that held the LOVE Park statue – and was thus captured in an incalculable number of tourist, newlywed and skateboarding photos – is up for auction by the city that once gave it birth.

Philadelphia has placed the podium, which held Robert Indiana’s LOVE sculpture for about three decades, on Municibid.com, an auction website for municipalities. The starting bid on June 14th was just $100. As of Tuesday afternoon (after 16 bids), the latest offer was $410.

We’re not really sure what you’d want to do with the pedestal. Maybe you could stick a LOVE sculpture replica on top in an ode to the old LOVE Park (before its $16.5 million facelift this fall). Sweden, for one thing, has already trash-picked the famous plaza. Officials from Malmö recently requested half a million pounds of granite from LOVE Park for an upcoming skateboarding project (which will likely tip its hat to our park – once one of the most revered skate spots in the world).

There is at least one downfall to buying the statue (other than not really knowing what to do with it) – you have to remove and transport it yourself. The city won’t help. And at 7-feet tall (with a 4-by-8-foot base) and 1,750 pounds, it’s a hefty load.

Margot Berg, the city’s public art director, said officials have no expectations as to how much money the statue will bring in. Philly is required to auction the statue, a city asset, through the Procurement Department. The money it brings in will go toward the city’s general fund.

Berg said that at one point, the LOVE Park sculpture sat atop a plywood box – until the steel trapezoid designed by Philadelphia Police Sgt. Michael Walton took its spot in the 1980s.

Maybe someone should tell Malmö that the statue’s pedestal would make a nice addition to its upcoming skatepark. In fact, when you think about it, the structure is almost as lovable as the four cherry-red letters it held. It provided the perfect backdrop for photos, framing smiling tourists as they stood below the sculpture and in front of the park’s fountain. It was like the Sam to Frodo, the Spock to Captain Kirk – a subtle but loyal and steady sidekick.

Alas, the LOVE Park statue will have a new base this fall – when the plaza is slated to reopen. That structure is expected to cost around $12,000 and will resemble the pedestal holding up the city’s new AMOR sculpture in Sister Cities Park (which Indiana also designed).