Why Chunks of LOVE Park Are Being Shipped to Sweden

A Scandinavian city is trash-picking what was once the greatest skateboarding spot in Philly (maybe even the world). 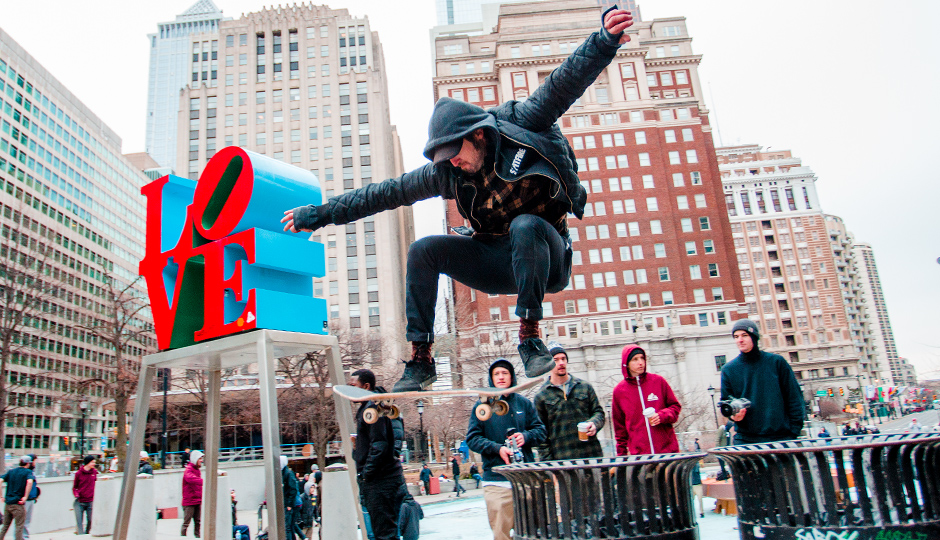 Apparently, Sweden knows a good thing when it sees it – even if Philly destroys that thing, which, in this case, is LOVE Park (as skateboarders know it).

The park, which is now closed for renovations, was one of most revered skateboarding spots in the world (despite the fact that it was illegal to skate there). And if Philly won’t preserve its history, Malmö, Sweden, will: the city will put to use a half a million pounds of granite from LOVE Park.

According to CBS3, Malmö’s official “skateboarding coordinator,” Gustav Eden, requested the granite for an upcoming project that is expected to “rock the skateboarding world,” though the plan itself hasn’t yet been disclosed. Eden’s known for transforming Malmö into a skateboarding mecca (complete with a skateboarding high school). Most recently, he helped the city host the Vans Park Series (which is pretty much the world championship of bowl skating).

Eden reached out to Philly’s Josh Nims, co-founder Franklin’s Paine Skatepark Fund and operations manager for the Schuylkill River Development Corporation, who agreed to help. (In a sense, Nims is to Philly as Eden is to Malmö).

Nims called the LOVE Park granite “sacred” and said that sharing it with another city was “very attractive to us,” according to CBS3.

So LOVE Park will live on – across the world. If you’re feeling nostalgic about Philly’s claim to skateboarding fame, here’s a long Buzzfeed article on its history, appropriately titled “How Philadelphia Destroyed The Greatest Skate Spot Ever Made.” And here’s footage of a 92-year-old Ed Bacon, the Philadelphia city planner responsible for LOVE Park, skating across the park in defiance of the skateboarding ban.