Organizers of Philly Pride Presents aren’t embracing the progress within the community, but resisting it. 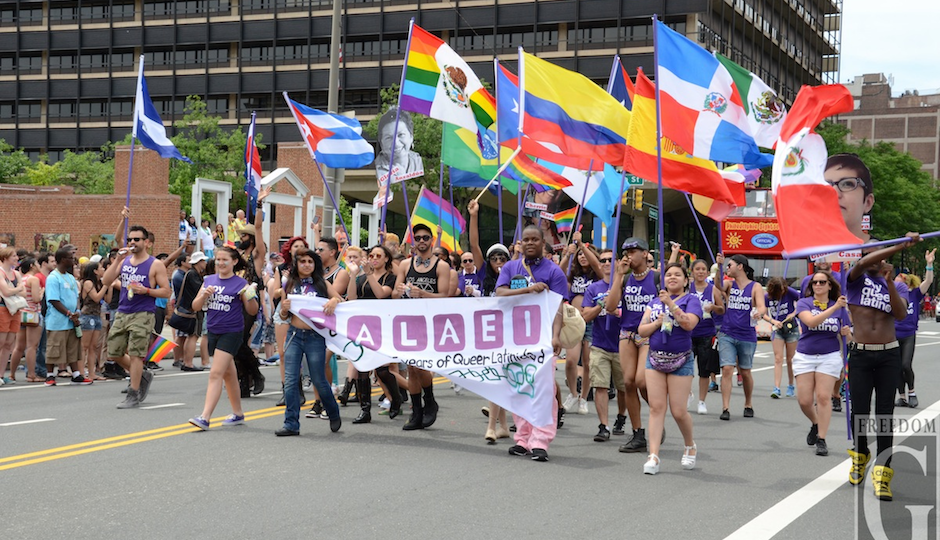 Since the late 1980s, your organization has annually hosted an event that aims to bring thousands of LGBTQ individuals and allies together to unite, reflect, and celebrate our existence in a society where we’re often excluded. Pride weekend is marketed as a special time in June for our community to rejoice and be ourselves more openly than we ever thought we could be — billowing rainbow flags and displays of bold queer apparel seem to pop up then more than at any other time of the year. Beyond the day parties, drink specials, wild parades, and concerts, Philly Pride is supposed to represent the community and the progress we strive for every year. Essentially, Philly Pride weekend is a public LGBTQ act of resistance against institutions that continue to oppress the community.

However, I believe that your organization has lately lost sight of the purpose of this event and turned it into a corporate-sponsored festival that further alienates marginalized groups within the community while also remaining willfully untouched by the changes happening around it. To protest this blatant descent into irrelevance, I will not be attending Philly Pride this weekend, nor encouraging others to attend.

My reasons? For one, the leadership of your organization has not evolved. Executive director Franny Price has been at the helm of this event for more than 20 years. While the board has managed to diversify somewhat, programming for the event remains dated, mostly white-centric, and placed in the same venues — Gayborhood bars for smaller gatherings and Penn’s Landing as the main event. This year, the Pride headline performer is actress Megan Mullally (from Will and Grace), and last year we had Deborah Cox. Outside of the parade, most of the performers are unrecognizable, and participants are subjected to advertising from corporate vendors who would probably not reach out to them any other time of the year. Each year’s event is indistinguishable from the last — I feel stuck in a time capsule that was sealed in 2007.

For another, your organization has made some truly tone-deaf decisions. Last year, LGBTQ police officers were almost the grand marshals of the parade until community outrage led to them backing out of the event. It would be hard to imagine why you ever thought this was a smart idea, until we look at some of your longtime advisers. Earlier this year, it was revealed that Philly Pride senior adviser Chuck Volz is an ardent Trump supporter who has made arguably sexist and racist social media posts in support of the current president. Volz still remains involved with Philly Pride’s leadership, and the organization didn’t do much to address the controversy.

Which brings me to my overarching concern with Philly Pride’s inclusion and embracing of the change that’s taking place within the community. As this month marks the one-year anniversary of the tragic Pulse Nightclub shooting, the majority of whose victims were Latinx LGBTQ individuals, you would think Philly Pride would make it a point to highlight this portion of the community in some unique way. But apart from making the theme of the event “Viva La Vida,” you offer nothing — the Grand Marshals, Friend of Pride, and performers featured aren’t from a Latinx-based constituency or group. It seems as though the theme tokenizes a culture rather instead of celebrating it by joining with leaders, organizers, and talent from that culture to help commemorate a significant moment in our history.

The same can be said for the outpouring of activism within the local and national community. While I do appreciate the organization naming the Mazzoni Center’s front-line staff as one of the Grand Marshals of Pride, ignoring the larger swarth of diverse advocacy that led to changes at the nonprofit and the community overall was a missed opportunity. LGBTQ people of color in this city have pushed the needle this past year in producing the kind of change the current presidential administration is trying to turn back. You would not think the community had made any sweeping institutional changes given the lineup of events and people the organization has chosen to honor. What is worst is that while nationally led movements, such as the Equality Coalition, are leading more solidarity marches and organizing during a time when LGBTQ rights are under attack, Philly Pride Presents continues to give us the same damn thing, making it look too stubborn to change.

As a black gay man in this community, I refuse to attend a “Pride” that doesn’t embrace individuals who look like me and that continues to tolerate advisors who support leaders who oppress us all. Diversity should not be just a theme, but an actual mandate. While our city is reinventing the Pride flag, this event still features headliners from yesteryear.

I cannot continue to waste my time forcing myself to attend an event that clearly isn’t striving to include me. Instead, I will connect with other like-minded individuals who are interested in taking Pride back. The movement for LGBTQ rights was championed by intersectional pioneers who were of color, transgender, non-binary, poor, and in-between. Now more than ever, these most vulnerable marginalized voices should be centered in Pride.

Philly Pride Presents doesn’t seem to understand that, and I will not be returning until they do.