The Pet Shop in “Rocky” Just Got Demolished

You'll remember it as the place where Rocky met Adrian – and where he bought his dog, Butkus. 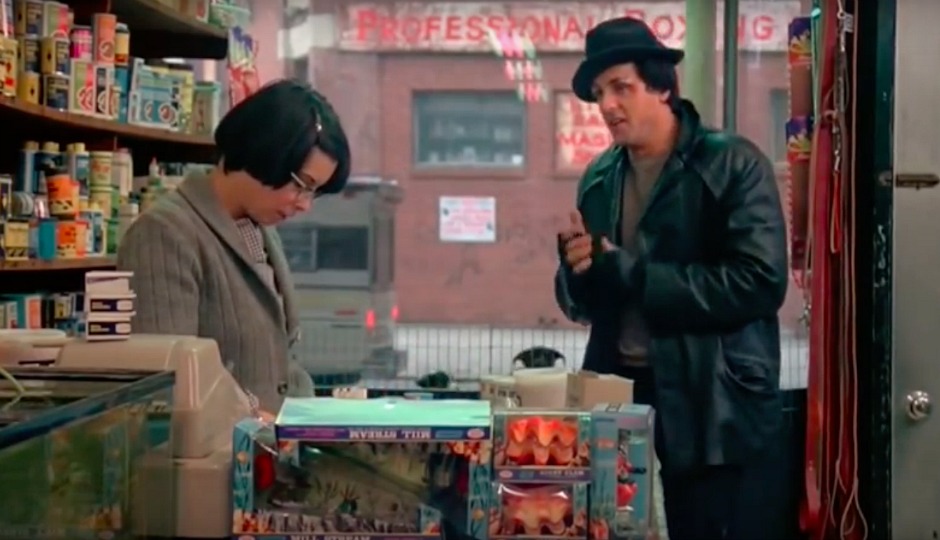 In Philly, we tend to destroy the buildings we treasure – such was the case with the historic Boyd Theater in Center City and such will likely be the case with Jewelers Row (assuming Toll goes ahead with the project).

And now, a lesser-known but just as lovable site has seen its last day: the Kensington storefront that doubled as Adrian’s pet shop in “Rocky” has been demolished. It’s a sad day for Rocky fans, who were apparently dumpster diving in their desperation to hold on to a piece of the movie setting forever.

“I was getting ready to tell these people, ‘Well, hey, across the street is the –,’ and then I looked over and saw a big bulldozer,” Caplan told Philly.com.

You’ll remember the pet shop as the place where Rocky met his wife, Adrian, and bought his dog, Butkus. It’s been vacant for some time, but for many years, the store was a real Kensington pet shop called J&M Tropical Fish, owned and named after Joe Marks and his father, Morris Marks, who opened the shop in 1963.

Marks still owns the two turtles that Rocky bought in the movie – Cuff and Link – but he closed the shop in 2003, a few years after his father died, and sold the building in 2011.

“I think it’s sad to see it go and sad that it was in the state it was in,” Marks, 71, said. “I think sometimes the best aspirations in life don’t come true sometimes. I had visions and thoughts of a Rocky museum type of idea for this to work, but that’s just things in my mind. I have a lot of memories of it.”

Philadelphia magazine’s Victor Fiorillo first talked to Marks last year for the magazine’s oral history of the Rocky movies. Marks spoke about how the film crew first reached out to him in 1975, and how he got to “meet Hollywood,” as he said, including Sylvester Stallone, Carl Weathers, Burt Young, Tommy Morrison and more.

“The first time they filmed, I didn’t know Sylvester Stallone from the man on the moon,” Marks said by phone today. “He was young, and kind of stoic, to a point. We didn’t talk much. The next time they came to look at the store [to film the second movie] it wasn’t in a regular car –they came in a limousine.”

Marks, who’s lived in Kensington for the majority of his life, said he wished the site would’ve been preserved.

“I feel that the effect the movie had on Philadelphia … I think that maybe there should’ve been more city interest in actually helping preserve sites,” Marks said. “I’m not talking about street-corner sites, but I know that the movie is an inspiration to a lot of generations that have come into being.

“It showed that anything is possible in America,” he added. “It was a great storyline, a fantastic storyline. It put Philadelphia on the map. Even though we’re not in the greatest part of the city, they could’ve looked at that to a point.”

Kensington is home to several other film locations, like the Lucky 7 Tavern and Mighty Micks Gym (which Marks’s uncle owned at the time of filming). All three locations are detailed in the filming location guide on TotalRocky.com (though the pet shop info has yet to be updated).