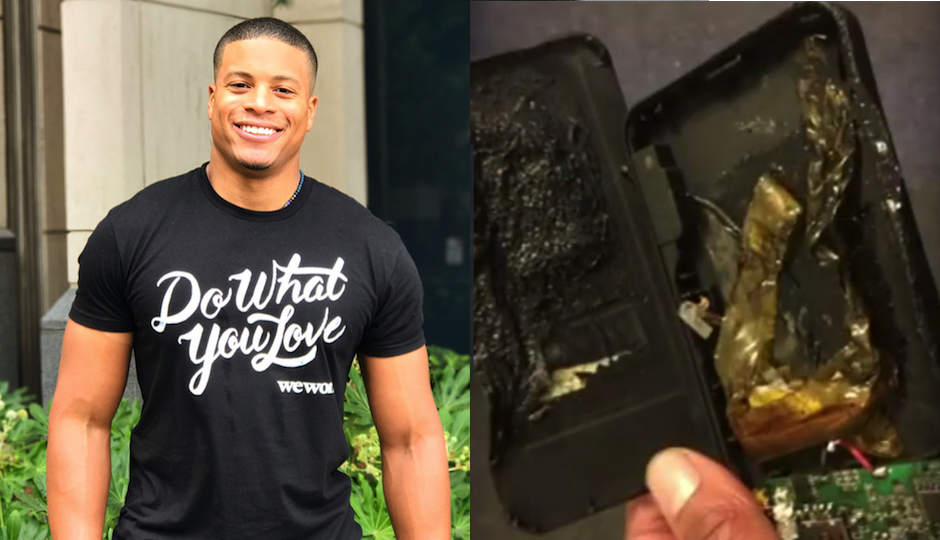 I carry one of those portable iPhone chargers around with me a lot, but now that I’ve read Julian Bradley‘s lawsuit, I’ll be sure not to stick the charger in my pants pocket or near any important organs.

Bradley, a 24-year-old graduate of Temple University’s Fox School of Business, has filed a lawsuit against Amazon and Chinese-based manufacturer EasyACC, alleging that the EasyACC portable iPhone charger that he was carrying in his pocket exploded, causing severe burns. Bradley’s fiancée purchased the EasyAcc Power Bank 5000 iPhone charger from Amazon. 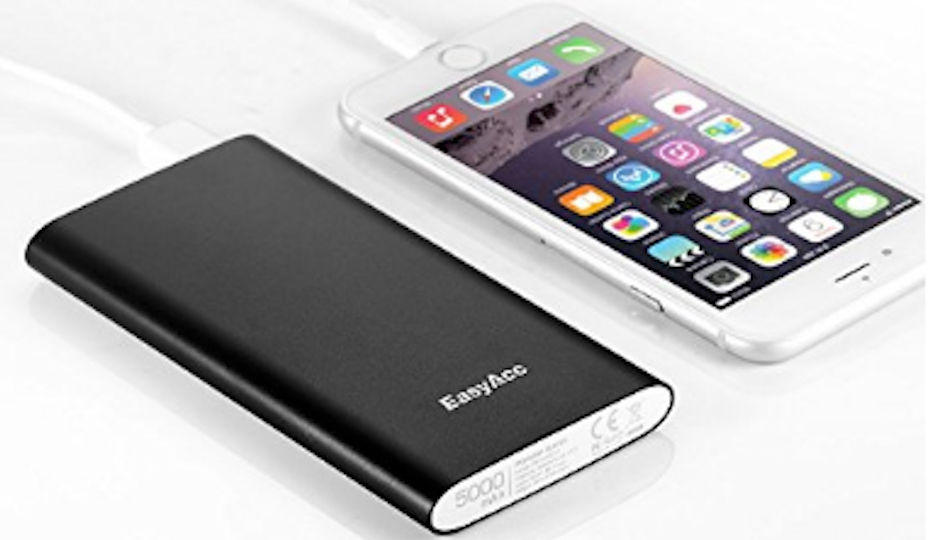 An EasyAcc iPhone charger in its unexploded state. (Photo via Amazon)

On March 18, 2016, Bradley was at a party and had the charger in the right pocket of his jeans, connected to his iPhone. And then this happened.

Bradley’s lawsuit claims that the charger “ignited, exploded and caught fire” in his pocket, leading to severe and permanent burns and other injuries. 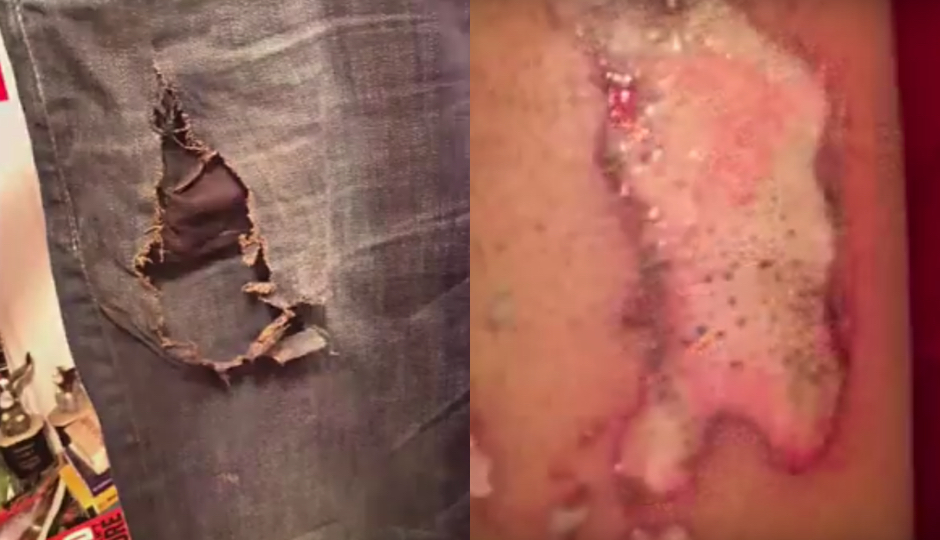 Bradley says the exploding iPhone charger left this hole in his jeans (left) and this wound on his leg (right).

In the lawsuit, Bradley accuses both Amazon and EasyAcc of negligence and seeks unspecified actual and punitive damages.

“An exploding cell phone charger ignited on my client, causing severe burns,” said Bradley’s attorney in a statement. “What happened here was horrific and completely preventable. We believe and intend to prove that the defendants in this case had knowledge that their product posed imminent danger to the public but deliberately chose not to warn. He deserves compensation for the negligence shown by the distribution and sale of the product.”

The case was originally filed in Philadelphia Common Pleas Court but has now been moved to federal court. Attorneys for Amazon were not immediately available for comment, and Philly Mag was unable to determine any attorney of record for EasyAcc.