Coronavirus Has Mutated Into a New, Potentially More Infectious Strain

Researchers from Integral Molecular discuss the differences between coronavirus strains and what the latest mutation could mean for COVID-19 vaccine development. 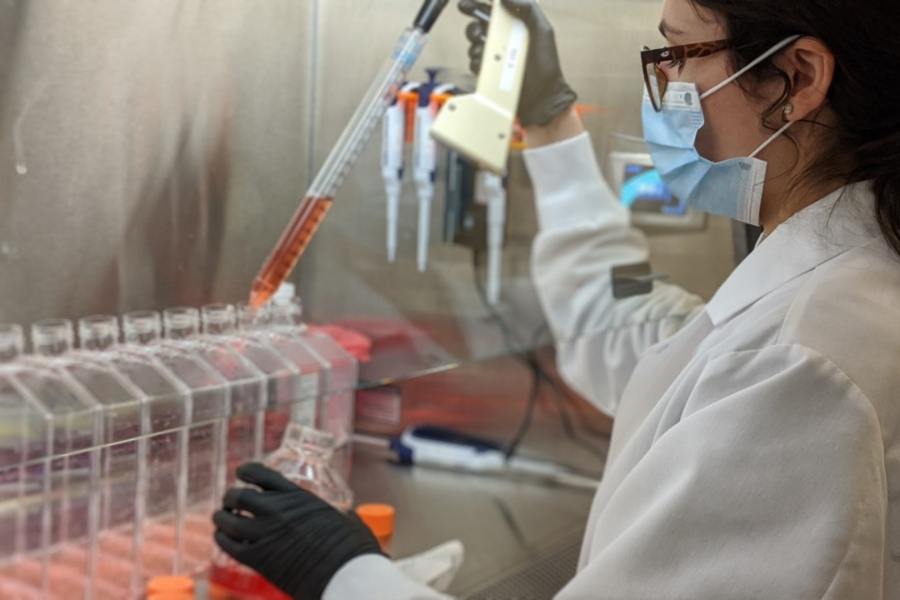 Scientists at Integral Molecular have invented a test that can measure the effectiveness of antibodies and treatments for COVID-19. / Courtesy

While the world continues to grapple with curves and waves of the coronavirus pandemic, it’s important to note that the virus itself is not new, nor is it singular. The Centers for Disease Control (CDC) say human coronaviruses date back as far as the 1960s and there are many different coronavirus types. Early strains of a then-unknown virus that cropped up in the mid-1960s — then referred to as B814, 229E and OC43 — were largely written off as non-urgent discoveries because there were so few reported cases and the symptoms in those who had it were relatively mild. In 1968, scientists placed these viruses in a category and called them coronaviruses, a name used to describe the shape of the virus’s outer layer or corona. Decades went by before we saw the first major outbreak of a human coronavirus, SARS-CoV or severe acute respiratory syndrome (SARS), in Asia in 2003 — which killed nearly 800 people worldwide — and then another in 2012, when Middle East Respiratory Syndrome (MERS) was discovered in Saudi Arabia, causing nearly 900 deaths according to the World Health Organization. Then in December 2019, we learned of SARS-CoV-2, the novel coronavirus that causes COVID-19 and is responsible for more than 18 million infections and over 690,000 deaths worldwide.

Now, scientists say the virus has mutated yet again, and the latest strain might be even more infectious than the last. We spoke with Edgar Davidson, a virologist, and Ben Doranz, president and chief executive officer at Philadelphia-based biotech company Integral Molecular, to learn more about how coronaviruses evolve and what the latest coronavirus strain could mean for vaccine production efforts.

NextHealth PHL: SARS-CoV-2 has been compared to influenza (the flu) because the viruses have some similar symptoms. Is SARS-CoV-2 likely to mutate into a new strain each year, requiring a modified vaccine for each strain like the flu does?

Doranz: The SARS-CoV-2 virus is mutating and evading the immune system, which is what normally happens with a virus like this. The question is whether we can design a vaccine or a drug that prevents that from happening. So, in that respect, SARS is a lot like influenza, which does essentially the same thing every year. Influenza does it a little bit differently than SARS does, but one thing that the influenza virus highlights is that we still haven’t figured out how to create a vaccine that prevents influenza for your lifetime or even for more than a few years. We have to get an influenza vaccine every year because there’s a new strain of influenza that emerges every year and the vaccine that we had last year doesn’t necessarily fight the new one. And the same thing could certainly happen with SARS. The mechanisms are a little bit different, but that’s exactly the kind of thing that we’re trying to anticipate. How do we create a vaccine that lasts, not just a year, but a decade or a hundred years, or a lifetime, even if the virus continues to mutate?

What are the key differences between SARS and SARS-CoV-2?

Davidson: In a way, I think that the difference between SARS one and SARS-CoV-2 is that they have very similar molecules overall, but SARS one laid low for quite a few years and then you had these mutations and this new version, that’s very similar but quite different, that suddenly bubbled up. And SARS two is different enough that things that would have been used to treat SARS one wouldn’t work against SARS two. Overall, it’s a similar type of protein, but it’s just different enough that although the protein works in the same way, the immune system doesn’t necessarily recognize it the same way. So, even if you had been previously exposed to SARS one, you wouldn’t be protected against SARS two.

What have you learned about the latest coronavirus mutation, D614G?

Davidson: There was an accumulated set of mutations that happened between SARS one and SARS two, which is what made them so different. But in the case of the mutation between SARS two and D614G, it’s very much a single mutation. It was present in a very low percentage of the SARS sequences available in March and is now present in probably greater than three-quarters of all cases. So, it appears to be associated with an increased spread of the virus. And there’s a lot of interest and concern from that point of view. And a lot of research is being done to see if we are capable of protecting ourselves against this new form. We’re trying to find out, is it different from the form that was going around four months ago? And so far the answer seems to be that although the new strain may be more infective and maybe more transmissible, it doesn’t appear to be different to the immune system from SARS-CoV-2, and there’s no association with increased disease severity that we know of yet. It’s just a very good example of how one single mutation can impact the spread of a virus throughout the population and the world.

Researchers are currently developing vaccines based on an older strain of the virus. How will this new mutation affect vaccine development?

Doranz: Mutation makes the virus replicate faster and spread faster, but it doesn’t seem to have an effect on the immune response. From the immune perspective, the viruses [SARS-CoV-2 and D614G] look identical, so it’s not likely to affect vaccine work underway now.

What is Integral Molecular doing to help researchers and companies develop vaccines for the virus, even as it continues to mutate?

Doranz: We’re making a number of tools that we’re sending out to companies throughout the world. We’ve actually sent over a hundred toolkits, including reporter viruses and other tools, to companies and laboratories working on SARS, for free, because we want them to accelerate their research and their vaccine development and drug development. With the emergence of the D614G variant, we’ve also created that type of virus so companies can test against that strain. We’ve also released the SARS one species of virus. And we also released the MERS, another related coronavirus. So, right now, any company can test their drug or their vaccine serum against four different coronaviruses, to see if their drug or vaccine serum kills the virus. We’ve been doing that for a long time for Zika and Dengue and other viruses. This provides companies a way to test the breadth of response and learn how broadly their antibody or vaccine can protect people.

We’re also using our technologies to discover antibodies that are broadly protective and escape resistant; antibodies that can kill many versions of coronavirus and also resist the ability of the virus to escape. The virus naturally tries to evolve away from the antibody or the drug that you give it. So, we’re trying to design antibodies that the virus can’t escape from. We’re also working with partners to enable them to develop vaccines that again, protect against the next version of SARS, however it evolves.

What is your hope for this work as we head into the fall?

Doranz: I hope everyone wears masks. But aside from that, I’m hopeful that in the fall, we’re going to see some antibody drugs start to roll out. And those should be very effective in killing the virus. So even if someone gets infected, they hopefully are not going to die because we’ll have a lot more control over that if we have a good drug and those should be rolling out in the fall. I’m also hopeful that the first vaccines should roll out at the end of this year or early next year. We’ll have to wait to see how effective those are, but I think they’ll have an impact and at least get us going in the right direction. I’m also hopeful for diagnostics and contact tracing, which can also make a huge difference if those are used effectively. But from what we’ve seen in the scientific literature today is that our best bet for the next six months at least, before drugs and vaccines become widely available, is for everyone to wear masks. It helps you and it helps everyone else. 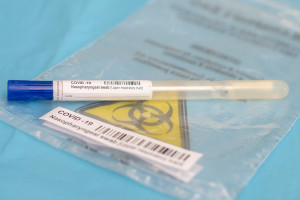 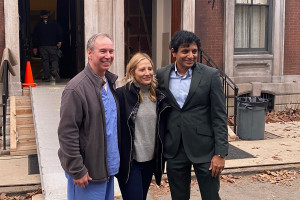 How M. Night Shyamalan’s Servant Ended Up a Major Donor to CHOP Research 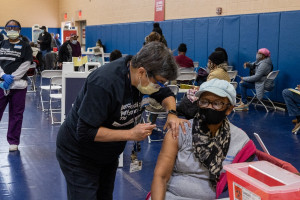