How Will COVID-19 Affect Philly in the Fall?

Local epidemiologists weigh in on where we are in the coronavirus pandemic — and where we might be headed. 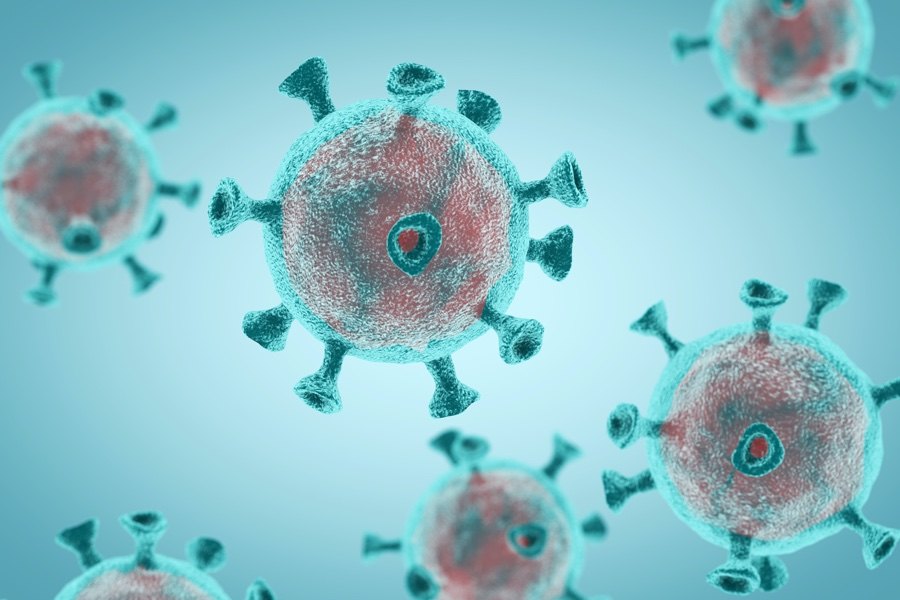 How will Philadelphia deal with COVID-19 in the fall? Local epidemiologists weigh in on flattening the curve, waves and contact tracing. Photo: dowell/Getty Images

Over the past four months since the coronavirus, COVID-19 arrived in Philadelphia, we’ve been inundated with information about the nature of pandemics, how they spread, and how they might end. We know pandemics are vast; they’re what happens when an epidemic spreads across multiple countries or continents. And we know that this pandemic has already exceeded the death toll of any past pandemic the United States has seen since the 1918 flu. But many questions remain. Are we still at the beginning of this? Have we flattened the curve? And what’s all of this talk about a “second wave?”

The unfamiliar terminology alone is enough to frighten and confuse. We feel your pain. So, we spoke with several epidemiologists (folks who’ve spent their entire lives studying methods of controlling disease in human populations) about where we are now in the pandemic, what we can expect to see in the fall, and what city officials can do to make our future a little less grim. Here’s what they had to say.

Early in the pandemic, many of us heard, for the first time, about efforts to “flatten the curve.”

“Flattening the curve means that you need to reduce your cases so that you don’t overwhelm the healthcare system,” Drexel associate professor of epidemiology and biostatistics Thersa Sweet explained. “You don’t want a situation where people are sick and they can’t even be taken care of in the hospital because there are no more beds.”

According to Drexel visiting assistant professor of epidemiology and biostatistics Michael LeVasseur, Philly hospitals paid close attention to how the pandemic was evolving in the early days in places like China, and closer to home, in New York, so they’d know how to prepare and respond. Two medical facilities, a makeshift hospital that Temple University erected in the Liacouras Center and a new hospital that was expedited through construction at Penn Medicine, were barely ever used for COVID-19 patients. LeVasseur says Philly hospitals have since maintained relatively low hospitalization rates for COVID-19 patients, even during peaks in reported positive cases of the virus.

“When you look at the hospital admissions data from the Department of Health, the hospitalizations have really gone down since I think we reached a peak number of cases in late April,” he said.

What’s even more important is what the city does next.

If there is such a thing as “waves” of the COVID-19 pandemic, we’re the ones creating them.

Before the pandemic, my concept of waves consisted of the fun little ripples you try to jump or surf over in the ocean. But for some reason, media outlets and public health experts alike have taken to referring to the pandemic as an event that will occur in “waves.”

Michael Levy, Penn Medicine associate professor of epidemiology, says “waves” is not a technical epidemiology term; it’s an analogy. And while he understands why some experts have taken to making the comparison, it may not be the most accurate way to describe the way pandemics work.

“We have to be really careful about analogies because sometimes what an epidemiologist is trying to get across using ‘waves’ isn’t what people hear,” Levy said. “I think the wave analogy is useful to combat the idea that this is going to go up and come down and be over. It’s really used to tell people that we’re going to get hit once and then we’ve got to be ready to get hit again. I wouldn’t take the analogy beyond that.”

Sweet says the only way to determine when we’ve reached the end of one wave and the beginning of another, per se, is to pay close attention to our number of positive cases, hospitalizations and deaths.

“Historically, when we talk about ‘waves,’ everyone brings up the 1918 flu. And when you talk about ‘waves’ in that situation, in between these huge increases in cases, there were long periods where there were almost undetectable levels of the virus,” Sweet said. “I’m not sure that we’ve ever gotten our [COVID-19] cases low enough to call whatever might happen in the fall ‘wave two.’ At this point, I’m not comfortable saying that if there’s a huge increase in Philly in the fall that it’s ‘wave two’ because I’m not sure that we’re out of ‘wave one’ yet. When you look at the numbers, we still have plenty of new cases, we still have people going in the hospital, and we still have people dying.”

Levy prefers an analogy to pumping the brakes on a car. He says any waves of the virus will be created by human behavior, not by the virus itself. LeVasseur agrees.

“Before antilock brakes, you had to slam on the brakes, ease up a little and apply the brakes again, and eventually the car would stop. I like that analogy because it’s closer to how this works. The ‘waves’ analogy implies that it doesn’t matter what you do, the next wave is going to come. That’s not the case. How we behave and how we confront this epidemic has everything to do with how many cases we’re going to have in the future,” Levy said. “It all depends on what we do.”

“There’s nothing about a respiratory virus that makes it move in waves, it’s human behavior that creates that change,” LeVasseur added.

As schools reopen, testing and contact tracing will be critical to understanding how the pandemic will evolve in the fall.

Now that we know there is no large swoop of virus water coming in a ‘second wave’ in the fall, we can take a closer look at what actually might happen when autumn arrives in a few months.

One key area of conversation has been the reopening of public schools, colleges and universities, an action that—in addition to stirring up questions about safety and equal access to remote learning—guarantees that thousands of students will be coming from locations across the country, and around the world, to small classrooms and dorms throughout the city.

“I’m not in favor of students coming back to dorms because I think that will lead to more contact and more introductions from all over the country, and we will have outbreaks and then we’ll have to close the dorms and send students home with the virus. I think reopening high schools is also extremely dangerous,” he said.

“We need to pivot in a much more extreme way than we are. I think schools are spending too much time trying to space desks out and do one-way hallways and put up plastic, and it’s just not going to cut it. Unless we do something much more drastic and learn how to teach students in a different way, outside of a small, poorly ventilated classroom, we’re just going to have another upswing in cases.”

As we’ve seen over the summer, Sweet predicts we’ll see more people getting tested in the fall as tests become more readily available. But the flaw that has yet to be addressed is the turnaround time for test results.

“One thing that is concerning to me right now is the fact that it’s taking a week to get test results back,” she said. “That is really worrisome because if you have a family member that was exposed and you want to have that family member tested and it takes a week to get the test results back, by that point, you’re already sick. I think slow test results are going to be one of our biggest stumbling blocks going into the fall that really needs to be rectified. We have to increase our testing capacity, and we need to get the results much quicker than we currently are.”

Our experience in the fall will also be determined by the success or failure of contact tracing, the City’s ability to keep tabs on those who’ve contracted the virus and the individuals that they’ve been in contact with, to help people isolate/quarantine and avoid infecting others.

Philadelphia’s Department of Public Health officially launched its contact tracing program on July 6 with a team of 114 newly hired staffers. The Department released new information about the contact tracing program on the City’s COVID website last week, and on Tuesday, Philadelphia Health Commissioner Thomas Farley provided an update on the program’s efforts so far, which he described as challenging to say the least.

“As with the contact tracing we’ve done in the past for sexually transmitted diseases and tuberculosis, we’re finding the process is not easy,” Farley said.

The key thing to remember about contact tracing is that participation is voluntary. So, last week, when the City’s contact tracers attempted to reach out to their first 613 positive COVID-19 cases for which they had phone numbers, six percent of those contacted refused the interview and 38 percent still haven’t been reached. The Department did, however, learn a lot about how the virus is spreading from the 55 percent of people they were able to contact. The stats show Philly residents are struggling to stay put; they also make a strong case for social distancing well beyond the fall.

“This is just the beginning,” Farley said, of the one-month-old program. “We’re working to improve all of those numbers.”

The Department has plans to launch a media campaign that would encourage residents to participate in the program. They’ve also released a video introducing some of its contract tracers to the public with hopes of showing their humanity and making people feel more comfortable with the process.

“Participating means helping other people and it can be lifesaving,” Farley said. “Besides benefits to individuals, the contact tracing process helps us at the Department better understand how the virus is spreading in Philadelphia so we can tailor our overall response better.”

LeVasseur said he’ll personally feel much safer when contract tracing is much farther along.

“If we can get our numbers down low enough that we can have our contract tracers really do a good job with what they’re tasked with doing, then we can really start isolating potential cases and targeting our tests,” he said. “We’ll have a much better sense of where infections are occurring, and I will feel much more comfortable going out into the world.”