The Coronavirus Outbreak Is Far From Over. But Here’s How It Might End.

Two doctors explain the future course the virus could take — depending on how society responds. 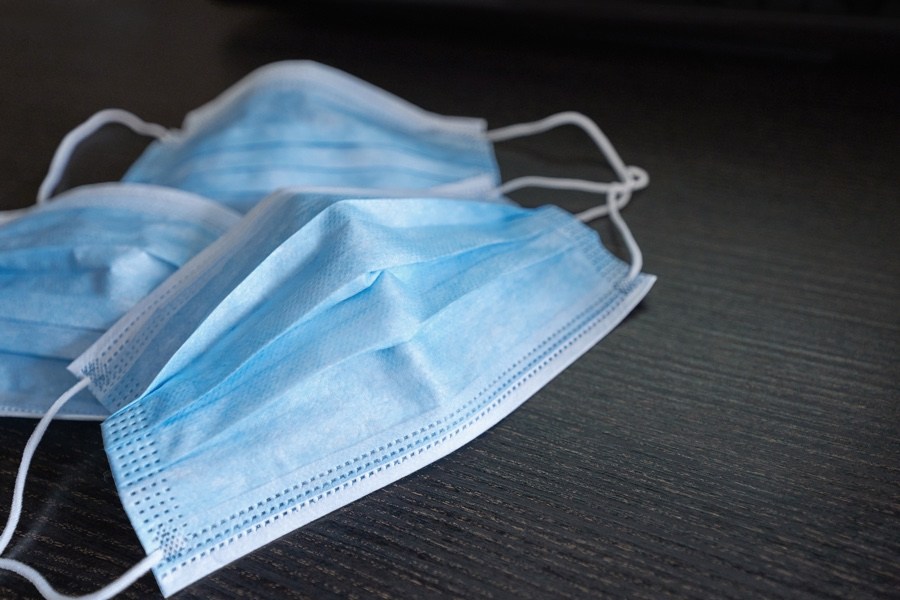 As of Monday afternoon, there are 175 confirmed cases of coronavirus in Philadelphia, according to the city’s department of health. There are more than 39,000 cases nationwide. Social distancing efforts have only recently begun in many big cities, and the latest data — which show that the United States has more cases at this point in its outbreak than did Italy, Spain or China — suggest the infection rate is still much more exponential growth curve than plateau. The outbreak is going to get worse before it gets better.

The answers to the questions “How much worse?” and “When will it get better?” are very much still up in the air, according to experts. We spoke to two doctors about the different paths the pandemic might take — and how, eventually, the virus might be contained. Here’s what they had to say.

Three Scenarios — From Best-Case to Worst-Case

The best-case scenario, explains Thomas Fekete, chair of Temple’s department of medicine, is akin to a fire burning through a land mass before petering out because there’s nothing left to burn. (Yes, this is the best-case scenario.)  The idea is that with extreme social distancing measures — more like the total-shutdown ones enacted in China — there would be no way for new people to become infected. “That could put an end to it in a month or two,” Fekete says.

But considering that much of the country hasn’t yet adopted stringent social distancing rules, let alone more moderate ones like like closing restaurants and non-essential businesses, that scenario doesn’t seem so likely.

The next-best option, Fekete says, would be the “flatten the curve” outcome we’ve all been hearing so much about. In this case, moderate social distancing measures, taken over a longer period of time than a full-stop shutdown, help limit the spread of the virus.

But the curve-flattening model has its risks. In a recent op-ed in the New York Times, three Penn Medicine professors wrote, “The irony of successful social distancing is that fewer will develop immunity. That means that social distancing 2.0, 3.0 and, who knows, maybe even 4.0 will very likely have to occur,” assuming the virus isn’t fully eradicated and more people come into contact with it once social distancing ends.

And then there’s the last option: that the virus continues to spread for what Fekete predicts could be “a year or two” as new populations get infected, producing hot-spot outbreaks across the country. This would be the scenario that led Neil Ferguson, a leading epidemiologist, to predict up to 2.2 million deaths in the United States alone.

What About a Vaccine?

The three scenarios above use social distancing as their main variable. But there’s another part of the story: medicine.

The hunt for a vaccine that could provide immunity against coronavirus is already under way. Fekete cautions that we shouldn’t bank on quick success, though. “If you look at every vaccine, at least half have had hiccups along way, whether being ineffective or harmful or some combination of the two,” he says. “Why? Because the immune response is very tricky and delicate.” (Ferguson’s own model anticipated it could take 18 months until a vaccine is ready.)

There is precedent for long wait-times in vaccine development, Fekete says. Thirty years of research on HIV — which, Fekete emphasizes, is a trickier virus for which to produce a vaccine — has still not yielded anything. Even the regular flu vaccine isn’t great, in Fekete’s mind, which simply goes to show you that vaccines are hard: “I don’t think we’re going to get so lucky that the very first [vaccine] is 100 percent effective and incredibly easy to make.”

Fortunately, there could be other treatments that rather than preventing contraction of the virus in the first place help minimize its symptoms — and, potentially, its contagiousness. Scientists are investigating a host of treatments now.

Among the many questions to which researchers still have no answer: Will the spread of coronavirus diminish in warmer months, as is the case with influenza?

The Penn professors writing in the New York Times think not: “The reality is that influenza and most cold viruses wane in the summer in part because so many people catch them in the winter. Humans have never been infected with this coronavirus before, so there is no acquired immunity. At this point we have woefully little evidence to suggest a seasonal reprieve.”

While hopeful for that reprieve, David Weiner, director of the Vaccine & Immunotherapy Center at the Wistar Institute, draws a similar conclusion. “There have been cases in the Caribbean and many places that have diverse climates,” he says.

Scientists also don’t yet know a critical fact — whether people exposed to coronavirus gain temporary or permanent immunity or no immunity whatsoever. If we find out that someone who had coronavirus is fully immune, Weiner says, “They can be the ones going in and getting supplies; they can be ones helping with first response.” They effectively become a buffer population.

Perhaps the most critical question concerns how much progress the world can make in controlling coronavirus absent a vaccine. China has succeeded in flattening its infection curve — but it remains to be seen if infections will return once the country restarts its economy.

There is one bit of good news when it comes to vaccines. Influenza is constantly passed, in various strains, between birds and pigs. Sometimes, a new influenza virus can make its way from those animals to humans, as in the swine flu pandemic of 2009. Influenza also frequently mutates, which is part of the reason the yearly flu vaccine changes each year, depending on that year’s particular strain of virus.

With COVID-19, scientists believe the virus only circulates in a small number of species like bats and pangolins that don’t frequently come into contact with humans. That makes it relatively unlikely that new forms of the virus will transmit from animals to humans. Coronavirus also doesn’t appear to mutate nearly as much as influenza. There’s a reason for that. “Why would coronavirus change?” Weiner asks. “It doesn’t need to.” He points out that it’s already extremely effective in its current form: Each person with the virus passes it to 2.6 others, on average.

The upshot is that a coronavirus vaccine might end up looking more like the ones for measles or smallpox — one that doesn’t need to be constantly tweaked year after year. If that’s the case, the main challenge will be vaccinating enough people so that the virus is actually eradicated. “Measles, mumps and rubella all required vaccination to eliminate them,” Weiner says. Viruses like this, he adds, “don’t go away by themselves.”