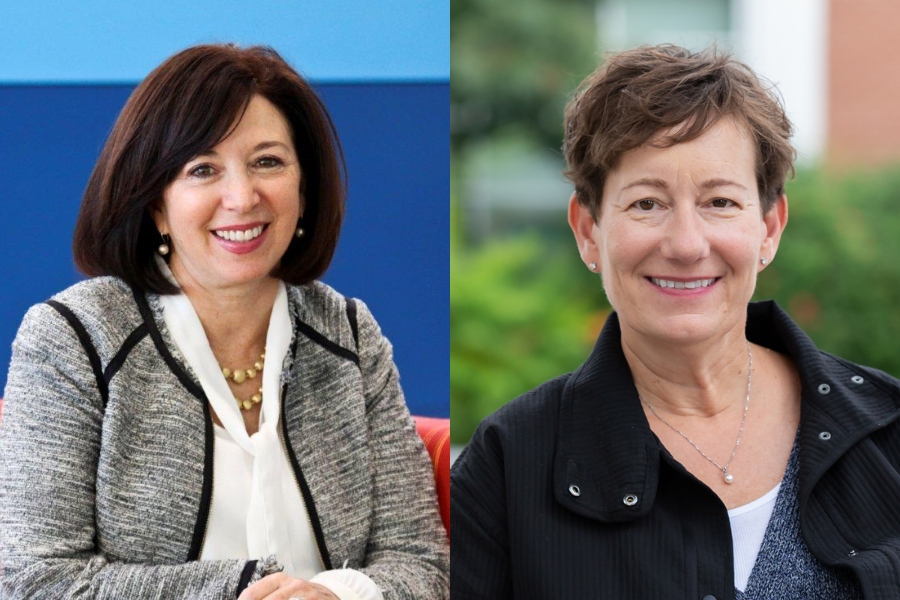 Who: In 2018, Susan Dillon and Karyn O’Neil — two former Janssen Pharmaceuticals executives — believed they possessed a technology that could change and advance genetic medicines. That technology, which O’Neil developed while working at the Johnson & Johnson subsidiary, targeted RNA-based genetic medicines to the “right place” in the body: the diseased gene itself. That same year, the two secured global exclusive licensing for the novel gene-targeting platform from Janssen, and co-founded their own company, Aro Biotherapeutics.

What: Based in University City, Aro Biotherapeutics is a biotechnology company focused on “creating a new class of therapies that modulate gene expression, such that we can potentially alter defective genes that are responsible for disease,” according to O’Neil. Instead of using monoclonal antibodies as treatment (which aren’t as direct or precise in their targeting), Aro uses an RNA-based approach to attack disease-causing genes and target muscle cells and immune cells, specifically.

They do so using their proprietary engineered human protein, Centyrin, which is super small, ultra stable, and highly soluble. Dillon says Centyrin is not only stable both inside and outside the cell, but is selective and efficient, binding to receptors of cells in need of treatment.

When: Over the course of their first three years in operation, Aro has been optimizing their technology in order to pave the way for early drug candidates. They’ve compiled data to show that Centyrin can successfully target various RNA-based therapies in animal models. In preclinical testing, Aro showed that Centyrin can reduce a relevant target gene in skeletal muscle important in rare genetic muscle disease. Additionally, they found that the effect on the target gene demonstrated durability, with observable reduction four weeks after a single dose.

In January of 2020, Aro partnered with Ionis Pharmaceuticals to develop a pipeline of selective drug targets based on Centyrin. Just five months ago, Aro closed their Series A financing, raising $88 million in seed funding. Dillon says this will allow Aro to take their first molecules into the clinic later this year, and eventually demonstrate a proof of concept in human trials — one for genetic muscle disease and the other for immune disease.

What it means: According to Dillon, the two main challenges with genetic medicines is that some are not particularly stable in the blood and that they tend to accumulate in vital organs, namely the liver and kidney. “If you have a disease where you want to be able to get the genetic medicine to a different tissue, it can present difficulties because most don’t get to where they’re supposed to be by themselves,” Dillon says. “The only way it’s possible is if that medicine is injected directly into the diseased tissue.” Aro’s targeting mechanism helps shuttle genetic medicines inside specific cells, especially ones that are not liver-based.

Additionally, Dillon says their technology platform is versatile regarding disease type. “I see our technology as providing a whole new approach to treating a range of diseases that require precise, targeted therapy,” Dillon says. “I believe that when we’ve really optimized our technology, we will be able to use it for several gene targets, which will potentially help treat a variety of diseases.”