“Instead of Laying Off Our Staff, We Opened Another Storefront”

Crust Vegan Bakery owners Shannon Roche and Meagan Benz didn’t want to lay off their staff in response to the coronavirus. So they didn’t. 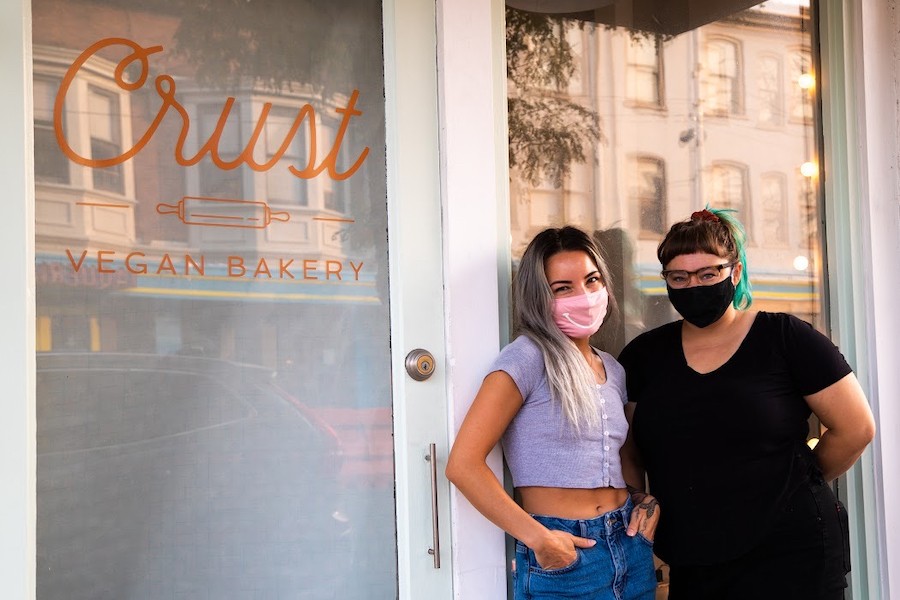 It’s equally as fascinating as it is heartbreaking watching the ways in which restaurant, bar, bakery, and cafe owners are pivoting their businesses to cope with a pandemic that’s kept their dining rooms and shops empty. We’ve seen coffee shops, like Herman’s in Pennsport, amp up their retail business, selling fancy pastas and tinned fish for some added revenue. We’re seeing legendary tasting-menu-only restaurants, like Bibou in Bella Vista, transform into boutique French markets.

Of course, we’ve seen restaurants close. Some to no fault of their own — because they simply didn’t want to, or couldn’t, put up a fight against a deadly global pandemic.

We’ve also seen thousands upon thousands of restaurant workers lose their jobs. Owners were forced to strip their businesses down to bare bones, operating only takeout business and outdoor dining, weather permitting.

And then there’s Crust Vegan Bakery, a wholesale bakery based in Manayunk that’s been in operation since 2015. Last year, its owners Shannon Roche and Meagan Benz opened a brick-and-mortar space in West Philly called Grindcore X Crust in partnership with Pennsport’s vegan coffee shop Grindcore House. (Roche says that the business is set up so that they act as vendors in the operation, while Grindcore manages the shop.)

“Wholesale wasn’t the most profitable venture. To keep increasing our staff’s wages and to keep providing PTO, we’d have to come up with additional revenue streams. We knew that in March, before the pandemic hit.”

But then the pandemic hit, knocking the Philly food scene into a chaotic spiral of closures and lay-offs and panic. Roche and Benz were faced with the same dilemma that’s terrorized the restaurant scene at large: Lay off their staff and stay open, or close for good. 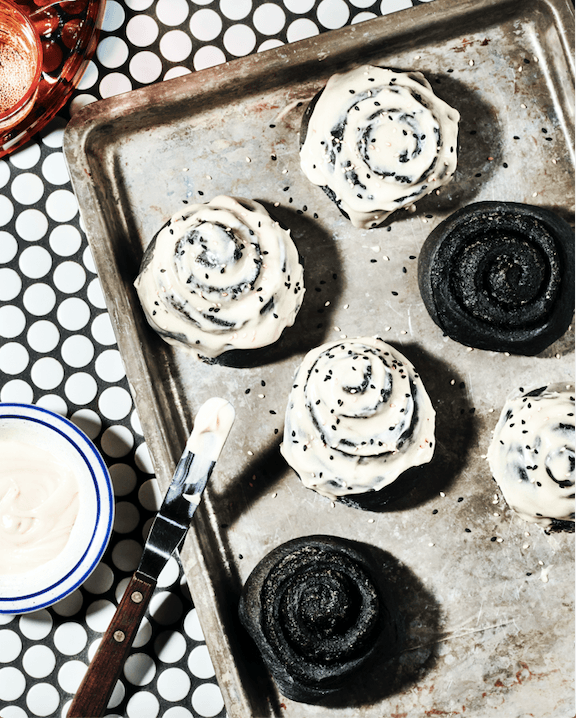 Given the right circumstances, however, there was a potential third option. According to Grid magazine, the owner of Sugar Philly, a bakery in Manayunk, had been planning to close his shop at 4409 Main Street. Considering its close proximity to Crust’s bakery on Krams Avenue — plus some added kitchen and retail space — a win-win solution materialized out of thin air: Roche and Benz would open a second shop. They’d keep half their staff working at the bakery.  The other half would work at a new cafe-bakery on Main Street.

“The food business is notorious for mistreating their staff,” Roche says. “I hate that at the first sign of distress, the reaction is just we’re letting everyone go. That’s not why we started this business. Meagan and I came from food backgrounds. We saw the misogyny, the homophobia, the sexism, and we’re trying to fight against a certain kind of kitchen culture. We’ve tried to create a very empathetic, compassionate work environment. So, the response to that is, instead of letting your staff go, you do what you can to keep them.”

“We saw the misogyny, the homophobia, the sexism, and we’re trying to fight against a certain kind of kitchen culture. So, the response to that is, instead of letting your staff go, you do what you can to keep them.”

Roche says, “There’s also risk in cutting down your business, and running a skeleton crew, and having your staff being overworked and not appreciated. I’d rather, personally, take on that risk as a business owner and invest what we’ve built as a business back into the business … I’d rather make a bold choice, and me risk financial ruin than to do the smart business savvy thing and let half my staff go and run a business making the decisions for me based on a pandemic. Instead I get to make the decisions. I get to call the shots, instead of letting the pandemic happen to us.” 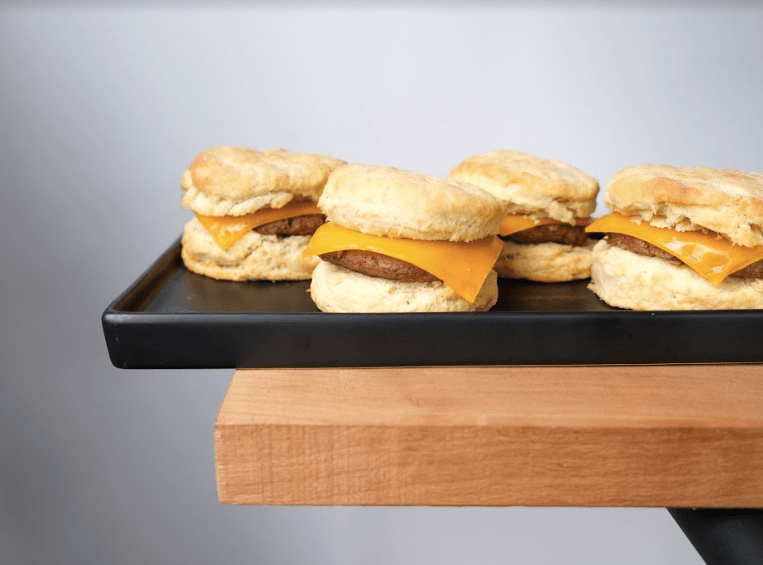 Calling the shots, in their case, meant selling their recipes online. It meant direct-to-consumer sales for the first time (in the form of weekly treat boxes). It meant not paying themselves as owners to afford paying the staff during temporary furloughs in April. “We gave our staff a combination of three weeks of vacation and sick time to keep them paid until they got unemployment benefits. Those who had delays beyond that were still paid until they got unemployment/PUA, or have been paid the entire time if they were denied outright,” says Roche.

They sold out both days. Ten percent of all its sales were kindly donated to the Amistad Law Project. “It was truly unfathomable,” Roche says. “We sold enough to be able to pay our rent for the month.”