In Memoriam: All the Philly Restaurants That Closed During the Coronavirus Crisis So Far 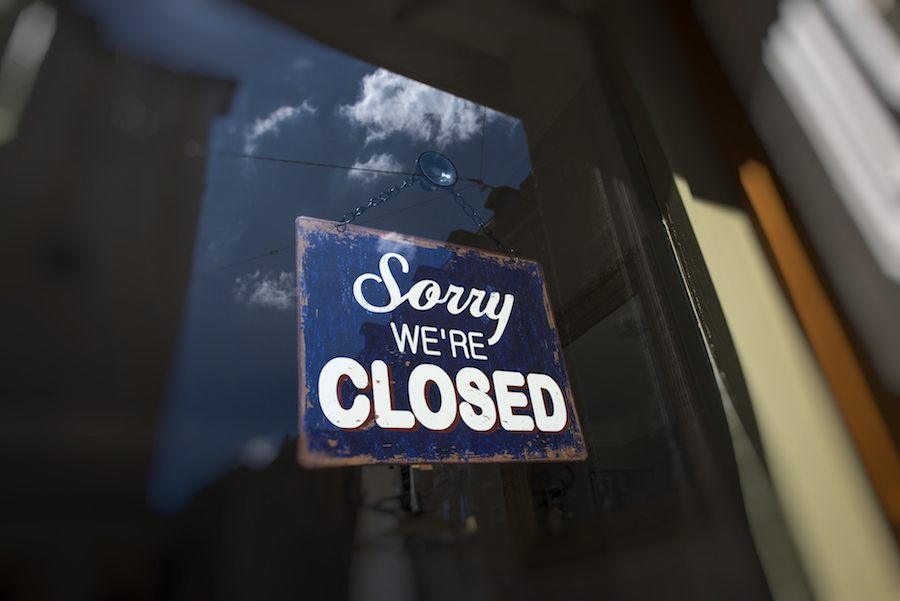 COVID-19 has presented unprecedented challenges to Philadelphia’s restaurants, causing many restaurateurs to doubt their ability to reopen. For some, this has been a time to reimagine their businesses, while for others the pandemic has been a blow from which they cannot recover. Here, we track the closures happening in the midst of the pandemic — some as a direct result, and some for other reasons. Many of these restaurants will have a lasting impact on the growth of the Philadelphia restaurant scene, and though they’re gone, they won’t be forgotten.

Cheu Noodle Bar, Washington Square West
The Decidedly Inauthentic Ramen Bar That Could made it almost eight years before the effects of COVID took it down. In an Instagram post, owner Shawn Darragh and Ben Puchowitz wrote: “Our time is up. The 2020 struggle is real and it’s taking us with it. We made it almost 8 years! We’ve been slinging noods since 2013 and it’s been an amazing ride. We have packed this place night after night and served more bowls of noodles then we could have ever imagined. OG Cheu allowed us to open 3 other great restaurants, host some amazing events and provide jobs for tons of people around philly. Cheu was built around friends, family and having a good time. It’s been real, try and keep the good vibes and keep your mask on. Peace out.” Bing Bing, Nunu, and the Cheu Fishtown location will remain open.

The Continental, Old City
Stephen Starr’s first-ever restaurant, the one that launched one of the most successful restauranting empires of the 20th century, has closed for good — with a rebrand on the way, writes the Inquirer.

Marathon Grill, Center City
The Marathon at 1818 Market Street, which, too, fed Center City lunch crowds and became a regular Center City Sips haunt, has closed. Co-owner Carey Borish told the Inquirer that the lease was up for renewal.

Nourish, South Street
Nourish, a plant-based café and smoothie bar, was destroyed by a fire in mid-September. The owners’ catering business is still fully operational, though.

Le Bus, Rittenhouse
After 24 years in Rittenhouse, Le Bus closed its doors on 18th Street. Its owner, David Braverman, told the Inquirer that he and baker/partner Esther Press McManus “had one or two years left there,” but the financial losses were “hard to absorb.” Their commercial bakery and Le Bus restaurant in East Falls will remain open.

Warmdaddy’s, Pennsport
The Bynum brothers’ jazz venue and soul food restaurant is closed for good after 25 years in South Philly. In a statement posted online, the brothers cited the “current restrictions imposed on restaurants due to the COVID-19 pandemic along with uncertainties across the economy” as the reason for closing up shop. Good news is that Warmdaddy’s isn’t gone forever. They say they’re diligently searching for a new site: “In the not-too-distant future, Warmdaddy’s will once again bring you the delicious soul food we are famous for, coupled with the areas best musical entertainment.”

Midtown III, Rittenhouse
According to an Inquirer report, the last Midtown diner in Philadelphia, Midtown III, has closed. Center City, for the first time in many, many years, is now without a 24-hour diner.

Bibou, Bella Vista
Pierre and Charlotte Calmels have tapped out with their ambitious, tasting-menu-only French kitchen in the heart of Bella Vista, according to the Inquirer. Twenty-two seat BYOBs of that caliber don’t have it easy in coronavirus times — but the space will get new life as a French grocery selling Pierre Calmels’ “terrines, sausages, pâtés, breads, quiches, as well as specialty items and dry goods.”

Poi Dog, Center City
In a column she wrote for the Inquirer, owner Kiki Aranita announced she would close Poi Dog, after foot traffic in the neighborhood and the office lunch crowd have significantly dried up sales. The restaurant opened in 2017 after operating as a food cart.

Dmitri’s, Northern Liberties
On July 14th, Dmitri’s announced it would permanently close the doors of its final location in Northern Liberties. The restaurant originally opened in the 90s, serving a Greek and Mediterranean menu but said in an Instagram post that “Covid changed everything and the towel had to be thrown in.”

The Spicy Belly, Wissahickon
Jimmy and Jason Mills’s Jamaican and Korean restaurant will officially close on August 2nd, according to an Instagram post. The post doesn’t give a specific reason for their closure.

Bards, Center City
Center City stalwart Bards announced via Facebook on July 8th that they would not be renewing the lease for their location at 2013 Walnut Street. The closure comes after 26 years of business, and the post blamed the “restrictions imposed by the virus” which have made it difficult for bars to continue operating.

Lalo, Old City
On July 1st, Lalo, the the Filipino food stall in the Bourse announced on Instagram that they would be closing. In the post, they cite the long-lasting effect of coronavirus in the decision to close, but they also express interest in reopening in a new form later on.

Toll Man Joe’s, South Philly
On June 29th, Toll Man Joe’s announced in a Facebook post that they were closing due to financial hardship brought on by coronavirus, and had been asked by their landlord to vacate the space. The post indicates that they don’t know if they’ll return in another location.

Mama’s Vegetarian, Center City
Since 2005, Mama’s has served falafel, hummus and other Israeli street food to the Center City masses. On June 24th the Inquirer reported that the restaurant would close permanently. It had been closed since last August because of renovations the landlord was doing. Owner Haviv David said he decided not to renew the lease.

R2L, Center City
On Tuesday, June 12th, R2L announced in a Facebook post that they would not reopen as a direct result of coronavirus. R2L was known for it’s views over the city from it’s location on the 37th floor at Two Liberty Place

Milk & Honey, West Philly
Following a worker’s strike over disputes about staff safety and pay, Milk and Honey has announced they will remain closed indefinitely.

Farmicia, Old City
On May 17th, Farmicia announced in a Facebook post that they would permanently close their doors as a result of the pandemic after surviving 15 years in their Old City location.

Mad River, Manayunk
On May 16th, General Manager Jamie Powell announced via Facebook that Mad River would not reopen. “There are so many rumors out there but the biggest truth of all is that Manayunk is just a different town anymore as far as nightlife goes,” she wrote.

Saté Kampar, Passyunk
On May 18th, we reported that Saté Kampar was closing in it’s East Passyunk location as a result of conflicts with their landlord and a rent increase that made the space too expensive in the midst of the coronavirus crisis. Owner Ange Branca said she was looking for a kitchen out of which to continue offering takeout.