“I Don’t Know If I’ll Ever Reopen My Restaurants”

Tyler Akin, Michael Schulson, and Nicole Marquis on the fight for federal representation, and what’s at risk without it. 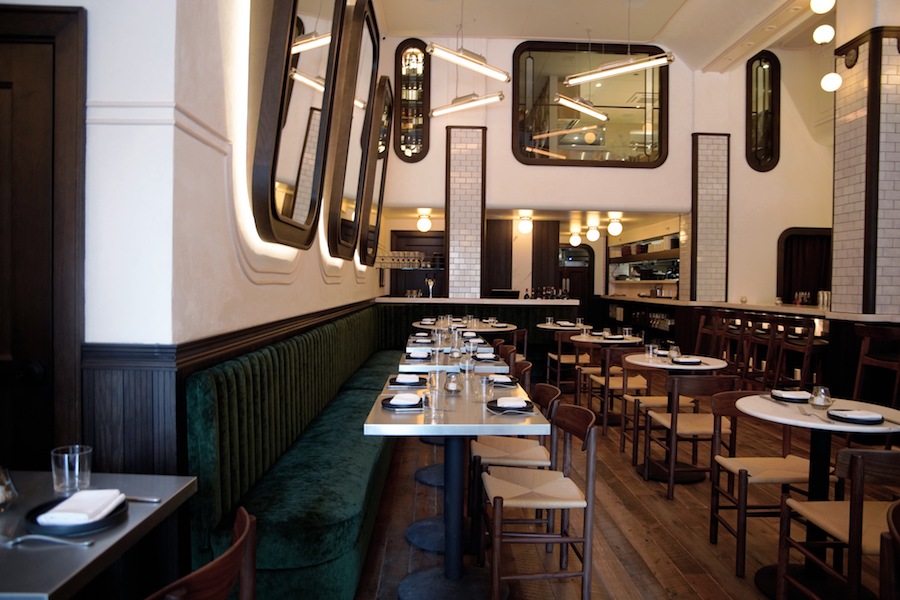 A new group, the Independent Restaurant Council, is fighting for federal support for restaurants amid the coronavirus outbreak. Photograph courtesy Via Locusta

In the days after March 16th, as the reality of coronavirus began to hit Philadelphia in earnest, Tyler Akin of Stock and Res Ipsa connected with restaurant owners across the country, which soon joined the Independent Restaurant Coalition (IRC), a group headed up by Tom Colicchio to represent the needs of small restaurant groups on a federal level. Meanwhile, Michael Schulson and Nicole Marquis of HipCityVeg began working state and city-level legislation. Marquis created a local coalition called Save Philly Restaurants and sent a petition to state lawmakers.

“I think there’s a very good chance that we’re looking at 30 or 40 percent of independent restaurants never reopening,” Marquis says. Other restaurateurs have said they believe that number could be as high as 75 percent without significant government support.

“We don’t have the lobbying clout that industries like the airlines have,” Akin explained. Of the 701,000 American jobs lost in March, around 60 percent were employees at restaurants and bars according to a report released by the Department of Labor. This, Akin says, is why representation on a national level is so important.

The IRC has now outlined four major concerns, the biggest of which is working with representatives on Capitol Hill to expand the Payroll Protection Program (PPP). This program offers loans to small businesses to help them keep their employees on payroll. Given certain requirements, these loans will be forgiven. The problem is that the requirements don’t work for restaurants.

The current rules require businesses to use the loan within eight weeks of acquiring the money, and require them to be fully restaffed by June 30th. But, Akin says, most restaurant owners believe it is unlikely that restaurants will be fully open by then.

“We don’t know what’s going to happen, but I think most of us are assuming that we’re going to be experiencing some limited operations until we find a vaccine for this virus,” said Schulson. “If we’re operating at 50 percent capacity, how am I supposed to bring back 75 percent of my staff?” Instead, the IRC is hoping to have the terms shifted to give them three months to reach these points, starting when they are back at their regular capacity.

Even for restaurant owners who are comfortable accepting this money as a loan, the two-year repayment terms that the PPP has laid out feel impossible under the circumstances. Restaurants whose landlords have been willing to negotiate rent deferment for the months that they will be closed will likely have to pay back the lost months over the course of 2021. Akin estimates that this could mean a 15 to 30 percent increase in rent, a hike in overhead costs that could spell death for even the most successful restaurants. Akin says they’re working to extend the repayment terms to 10 years.

“We’re also looking to urge Congress to create a stabilization fund for restaurants that accounts for the fact that when we reopen, it’s going to basically be like opening a new restaurant, minus construction costs,” Akin said. “That is an immense expense. We’ll have to create a whole new inventory of food, train employees, we’ll have to spend several days prepping. We’ll also have to repay vendors.”

The IRC is also proposing two new tax cuts for restaurants — one to incentivize retaining employees, and a rent rebate to help restaurants maintain their leases, both key elements in making sure restaurants are viable in the long-term when they reopen, Schulson said.

“If restaurants go out of business, that’s every ground floor, empty,” he said. “There’s going to be no one to take over those spaces, and then we’re looking at our city as a ghost town.”

Finally, the IRC is working alongside federal lawsuits to require business interruption insurance to cover closures associated with the coronavirus crisis. Along with a lawsuit from major national chefs like Daniel Buloud and Wolfgang Puck, local restaurant River Twice has filed a lawsuit against their insurance company.

“I’m interested in the outcome of our industry beyond my own personal interest,” Akin said. “If all my restaurants close … whatever, the more important thing is that doesn’t happen to everybody. We engender the spirit of our city, we’re the place that people celebrate milestones in life. We’ve never had the representation that we deserve, so I want us to have it now.”