The Restaurant Industry Already Had a Mental Health Crisis. Coronavirus Is Making it Worse.

Following an employee’s overdose in March, High Street Hospitality is working to provide much-needed support to the city’s restaurant workers. 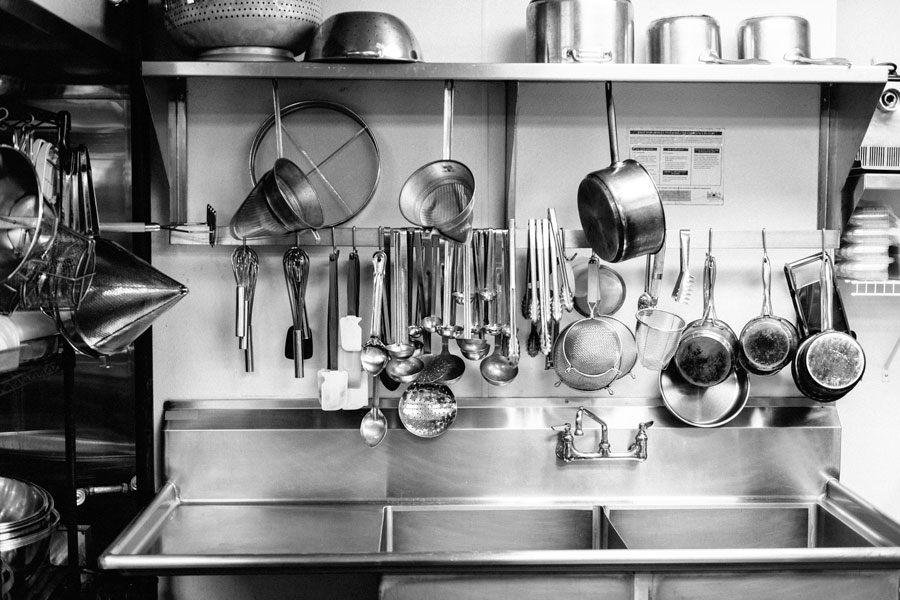 On March 19th, just a few days after High Street Hospitality closed its doors, owner Ellen Yin got word that Samuel Howard, an employee at Fork, had died of an overdose. Howard, 34, had been with Fork for just under a year, but had worked in the Philadelphia restaurant scene for much longer.

Mental health and addiction have long been issues in the restaurant industry. In 2014, Zahav’s Michael Solomonov spoke publicly about his battle with a crack addiction, and Anthony Bourdain’s 2018 death by suicide sparked a national outcry to acknowledge the mental health and substance abuse issues ravaging the industry. According to a study by the Substance Abuse and Mental Health Services Administration, the broadly defined “accommodations and food services” industry has the highest risk of substance abuse and the third highest incidence of heavy alcohol use.

Ariel Stern, a counselor at A Better Life Therapy, who trained in substance-abuse treatment programs and works extensively with members of the restaurant industry, says that even in the best of times, the industry poses unique challenges to people who may have underlying issues. And these are hardly the best of times.

Due to the COVID-19 pandemic, the restaurant industry’s already vulnerable workforce is facing even more risk. The sudden, widespread loss of employment and deepening uncertainty about the future of the industry are traumatic to longtime restaurant workers who may be feeling scared and helpless. These can be triggers for people who struggle with addiction, Stern said.

“I wanted to think of something we could do to honor [Howard],” Yin said. “Ultimately, we decided that we wanted to help the hospitality community, and when I told the Howards that, they were really moved. This industry is really prone to having people who might have these types of issues, and it’s important we acknowledge that, especially right now.”

In memory of Howard, Yin is partnering with A Better Life Therapy and Gia Vecchio of Foxglove Communications to organize a series of mental health webinars that will occur later this month and be open to all restaurant industry folks. They’ve also established a GoFundMe to help members of the industry pay for private therapy sessions with clinicians at A Better Life.

Yin says she hopes the memorial fund for Howard will help bring light to the unique issues restaurant workers face and lead people to the resources they need.

“We’re hoping that the webinars will normalize the experience of therapy for people,” Stern said. “And that at some point they might reach out for individual therapy if that was something they thought might be helpful for them.”

Cooks Who Care, a Philadelphia-based nonprofit that founder Maria Campbell describes as a wellbeing concierge and resource conduit for industry workers, is also seeking to offer more support during this difficult time via their social media platforms and through a Google document with information on available resources. Campbell says she has seen a significant uptick in requests for help.

“This is an industry where a lot of people don’t take vacation,” Campbell said. “People don’t know what to do with themselves at home all the time. People are losing their entire sense of self, everything they use to express themselves. Hopefully people have the sense of self, the support network, the resources to say, ‘Okay, I can endure.’ But there will be some who don’t, who can’t.”

Yasmin Roberti, general manager at K’far Cafe, who became sober just over a year ago, says she’s grateful to have identified resources she can rely on at this time.

“A lot of what we talk about in recovery is that you’re using whatever drug or alcohol as a shortcut to a feeling that you want, like numbing out or dealing with pain,” says Roberti. “So, it’s about learning other coping mechanisms other than reaching for that thing. And in this really hard, scary time, I am glad I have some other things to reach for.”

While the outlook is certainly bleak for many of Philly’s beloved restaurants, Campbell is hopeful that this crisis will serve as a much-needed catalyst for change.

If you or someone you know is struggling with mental health or substance abuse, please reach out. Call 1-800-273-TALK (8255) to be connected with a trained counselor at the National Suicide Prevention Lifeline.