If Insurance Companies Won’t Help Our Restaurants, Who Will?

Philly restaurants are relying on takeout, delivery and charity to make it through the COVID-19 crisis. Where are the insurance companies when they need them? 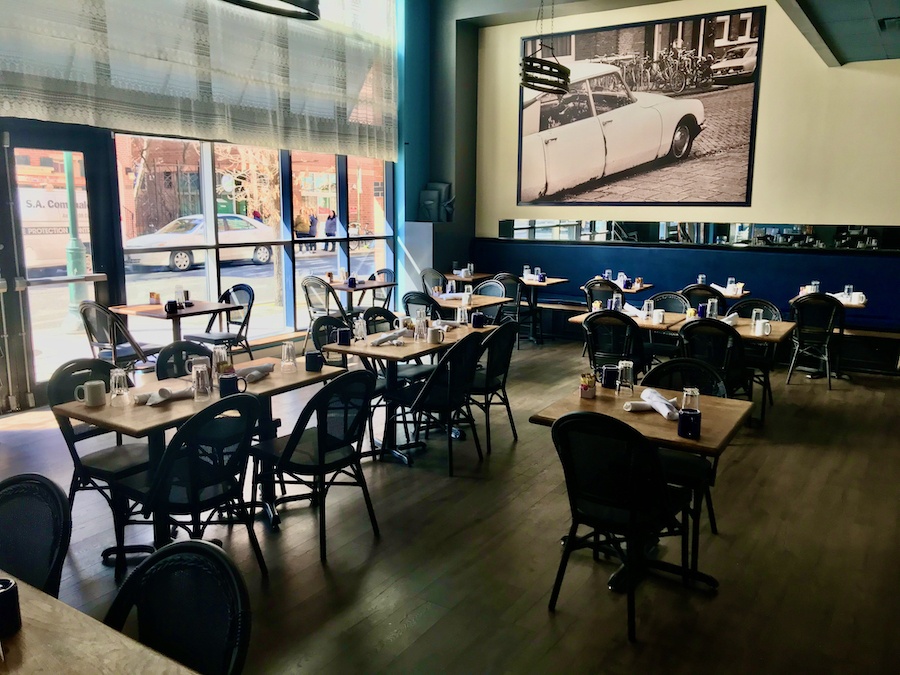 The American restaurant industry hasn’t dealt with this magnitude of tragedy before, at least not in the last century. History has shown that we as a people come together, physically, in calamitous times. “This is worse than 9/11, I think,” a chef, who lived in New York at the time of the September 11th attacks, recently told me. “People still got together after 9/11, because they needed each other.” Restaurants are, among many other things, vehicles of community and comfort — and now they’re no longer available to us. And we’re no longer available to them.

A prolonged shutdown like this will undoubtedly kill many of our restaurants — especially since Philly restaurants, specifically, aren’t normally backed by major investment or any sort of corporate group structure. The mom-and-pop, the chef-owned, the family businesses that make this place such a fantastic food town operate on margins too slim to survive weeks or months without revenue. A government bailout is still, as of right now, just a pipe dream. We’ve seen think piece after think piece written, asking for leadership, answers, help from the powers that be. The silence hasn’t gone unnoticed.

So, right now, Philly restaurant owners are banking on takeout and delivery. On gift card sales. On the loyalty and love from Philly diners. And on the insurance companies they’ve given tens of thousands of dollars to over the years.

Premiums are mainly determined on gross sales of food and/or liquor, and also the amount of property to insure, but to give you an idea, one owner says he pays around $2,400 per month for to insure his Rittenhouse restaurant and bar. Ange Branca, chef-owner of Saté Kampar, a Malaysian BYO on East Passyunk, says she pays around $313 per month.

Philly Mag reached out to an independent insurance broker who serves eight restaurant clients in the Philly area (who asked to remain anonymous for fear of retribution from insurance companies). He says, “As far as ‘Acts of God,’ those mainly pertain to Mother Nature — hurricanes, tornadoes, storm damage, not a virus. The coronavirus is a totally different thing. We researched all our commercial insurance companies that we deal with, and with all of them there is some sort of exclusion regarding the virus pandemic.” Even worse, he says, carriers are relying on those virus exclusions, and to-date, “we’ve not heard from any carriers that they’re willing to take that exclusion off the table.”

Meaning, the Philly restaurant industry never really stood a chance. The exclusions in these policies can’t be removed. “It seems like it’s an industry-wide thing. I’m not saying all companies follow this, but we’ve reached out to 15 carriers.”

In February, the Insurance Services Office, the folks that maintain and create insurance forms and deal with exclusions, limitations and coverage areas, issued an “endorsement” (essentially a recommendation) that carriers could reimburse companies if they were forced to shut down by government order. “In the three weeks since ISO announced these endorsements,” wrote Tim Dodge back in February for Big I NY (an independent insurance agent council), “we have not heard of any New York insurers offering them. Members may want to ask the insurers they represent about them.”

“What we’ve found is that the government might be able to do something with the insurance companies, but I’m not certain what that is yet,” the broker says. “Right now, carriers are relying on that virus exclusion, and to date, we’ve not heard from any carriers that they’re willing to take that exclusion off the table.”

Ben Fileccia, the Pennsylvania Restaurant and Lodging Association’s Director of Operations and Strategy for the Philadelphia Region, urges its members (and business owners in the area affected by the COVID-19 crisis) to contact their legislators, state and federal. The PRLA even offers a form (find it on the right side of the page) you can fill out that comes locked and loaded with a sample script.

Of course, an ask to “encourage insurers to revisit their “virus ‘out’ clause” in their business interruption policies and provide businesses with the coverage they need during this situation beyond their control” is included in the script.

“Basically, what we do as a small business is pay insurance companies every month,” says Joncarl Lachman, chef-owner of Noord in East Passyunk and Winkel in Midtown Village. “Then, when we need them, they say it’s not covered. And if it is covered, they drop us. I’m not saying that we should be covered, because we signed the contract. But if we can effect change here by getting the government involved through the insurance companies, that would be a wonderful thing.”