Cicala at the Divine Lorraine Isn’t This Good by Accident 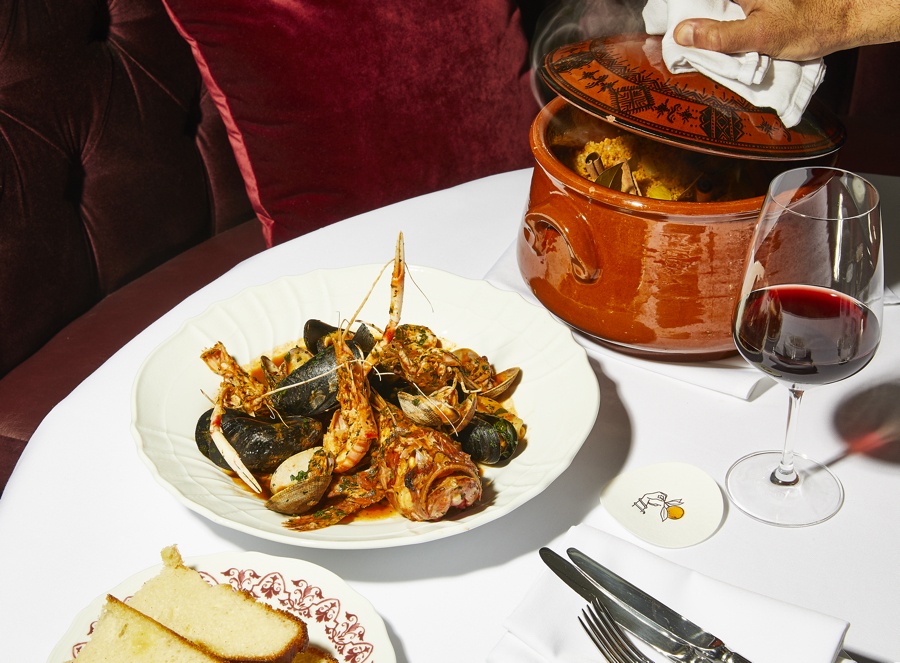 My server really wanted me to try the fish pasta.

It was his favorite, he said. Delicious. Amazing. He had a favorite cocktail, too. A couple suggestions from the apps menu. A special that he really liked, and some opinions about the mains as well. Normally (almost always), I would have smiled, nodded politely, ignored every word. Because normally (almost always), the server would have been steering me to safety. The chef’s roasted chicken? Oh, it’s the best roasted chicken. And the crudo? Nothing at all like the thousand other crudos you’ve had.

But this guy? This guy wanted me to eat the paccheri — a red fish ragù spiked with white wine and chunks of garlic, tomatoes grown on the slopes of Mount Vesuvius and pepperoncini. He wasn’t suggesting the “maccheroni alla Mugnaia” that made Joe Cicala famous at Le Virtù (where he cooked for years before a less-than-amicable split with the owners a couple years back) or the easy-on-everyone spaghetti with white clam sauce. But this weirdo pasta with its bite of spice and volcano tomatoes — 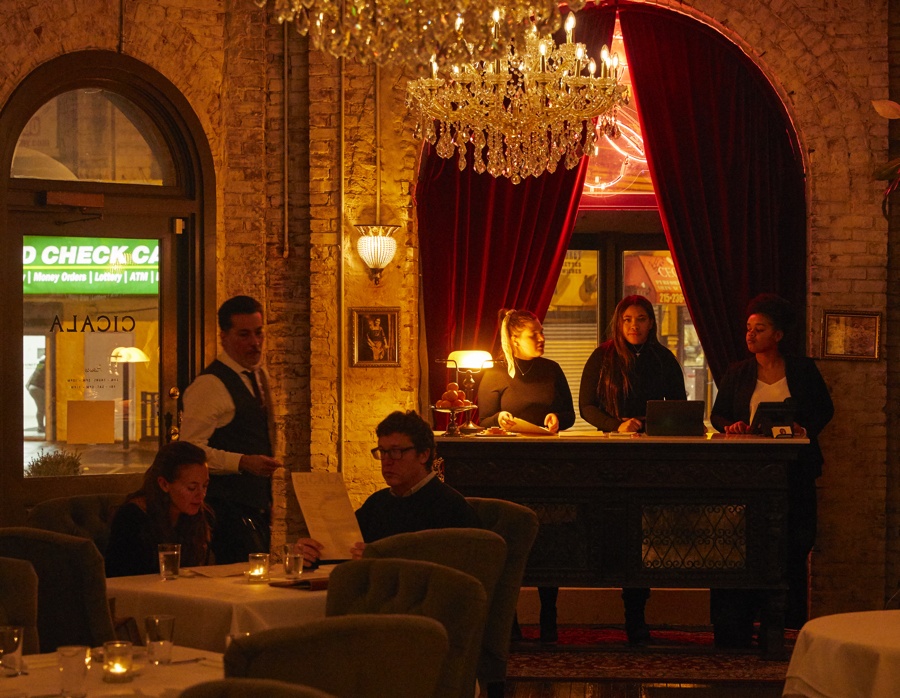 Order This: The couscous, some paccheri, the bruschetta nera — basically, anything with fish in it.

I did. And he was right. It was amazing. The thick pasta rings had an al dente bite to them because they weren’t made fresh but were imported. The fish flaked, hid inside the rings, flavored the entire sauce. And the tomatoes held onto the pepperoncini heat like tiny bombs, exploding with spice and sweetness. It was a great plate of pasta, memorable, also completely Cicala-esque (Cicalian?) in that it was composed. Most Italian kitchens, they make sauces where you can taste the tomatoes, the garlic, the meat, whatever. They make sauces that are equations built from the discrete flavors of their ingredients, measuring success in the balance of this-against-that. Joe has long worked among a more rarefied set of chefs (Marc Vetri, Anthony Andiario) who approach Italian sauces with a more culinarily French sensibility, one where the sauce, when done well, tastes like a sauce — a smooth, restrained composition of all its ingredients taken together. 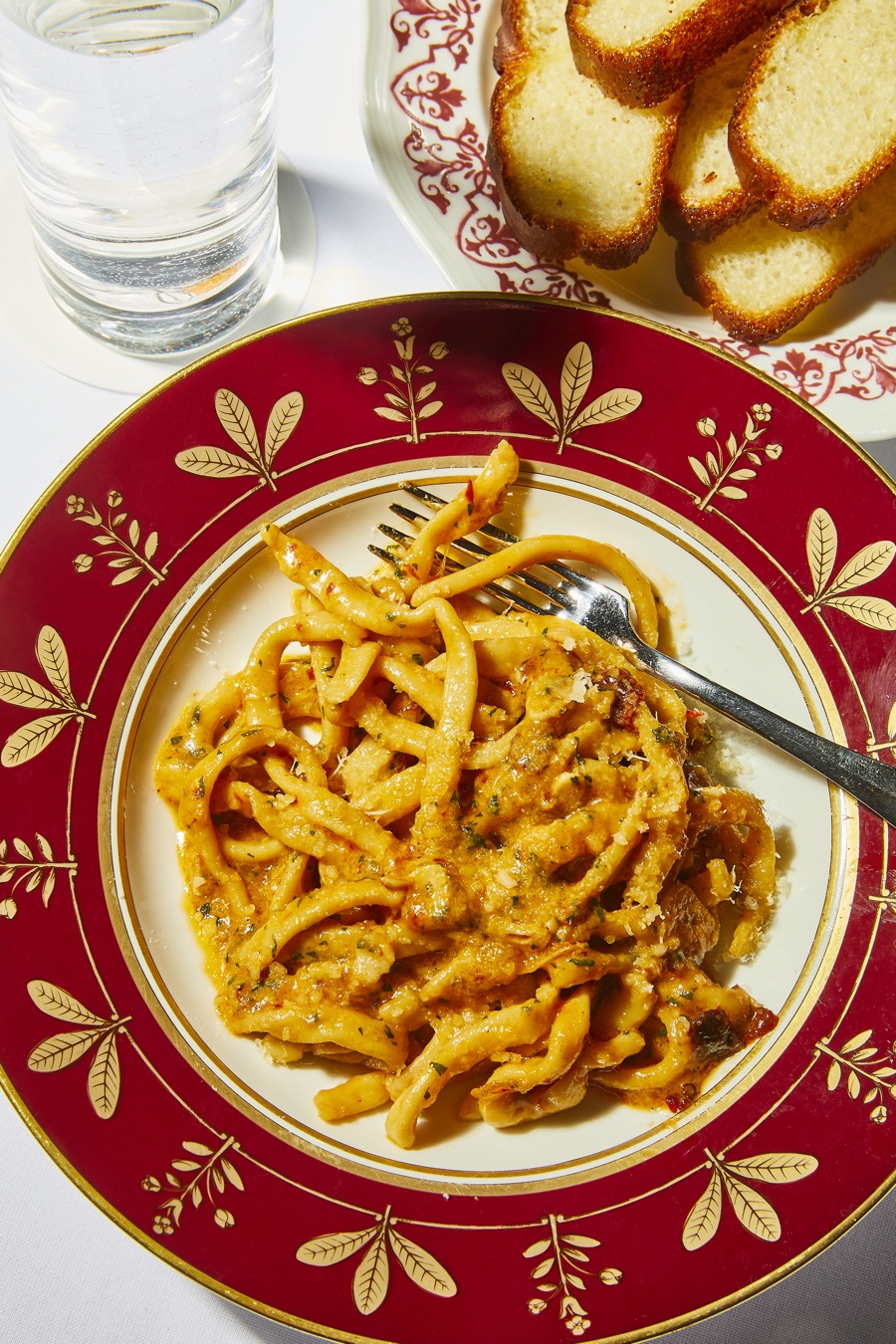 The fazzoletti was like that, too — ground lamb on ribbon pasta, savory base layered with the vegetable sweetness of San Marzano tomatoes and the salty magic of pecorino. As was the maccheroni with pork sugo, a recipe brought from Fiumedinisi, Joe’s family’s hometown in Italy.

I ate well at Cicala. I ate broadly. House-cured capicola and prosciutto fresh off the slicer. Eggplant roasted and squeezed dry, shredded, and turned into little polpette — meatballs without the meat. An incredible baccala thickened by potatoes, mounded up on soft black bread — pane nero — made in-house from charred wheat, then topped with split Castelvetrano olives. Lollipop lamb chops, rubbed with honey and orange, crusted in rosemary, roasted over coals, and served a bloody mid-rare, bones crossed over a pile of chickpeas.

But the paccheri, man … I loved it because it was delicious, of course, but also because it was different. (Fish and pasta is still fairly uncommon, even here.) Because it was smart. Because it still had an edge of rusticity to it in the flaked fish, the jumble of pasta, even if any such working-class simplicity was belied by the total mastery of the kitchen and, you know, the chandeliers above the tables.

Joe and his wife, a pastry chef, took a risk coming into the Divine Lorraine. For years, they navigated the densely packed scene on East Passyunk from a small, warm dining room with bare tables and wobbly chairs. Their authenticity and simplicity felt at home there, bulwarked by years of research and a deep love for Italian food. 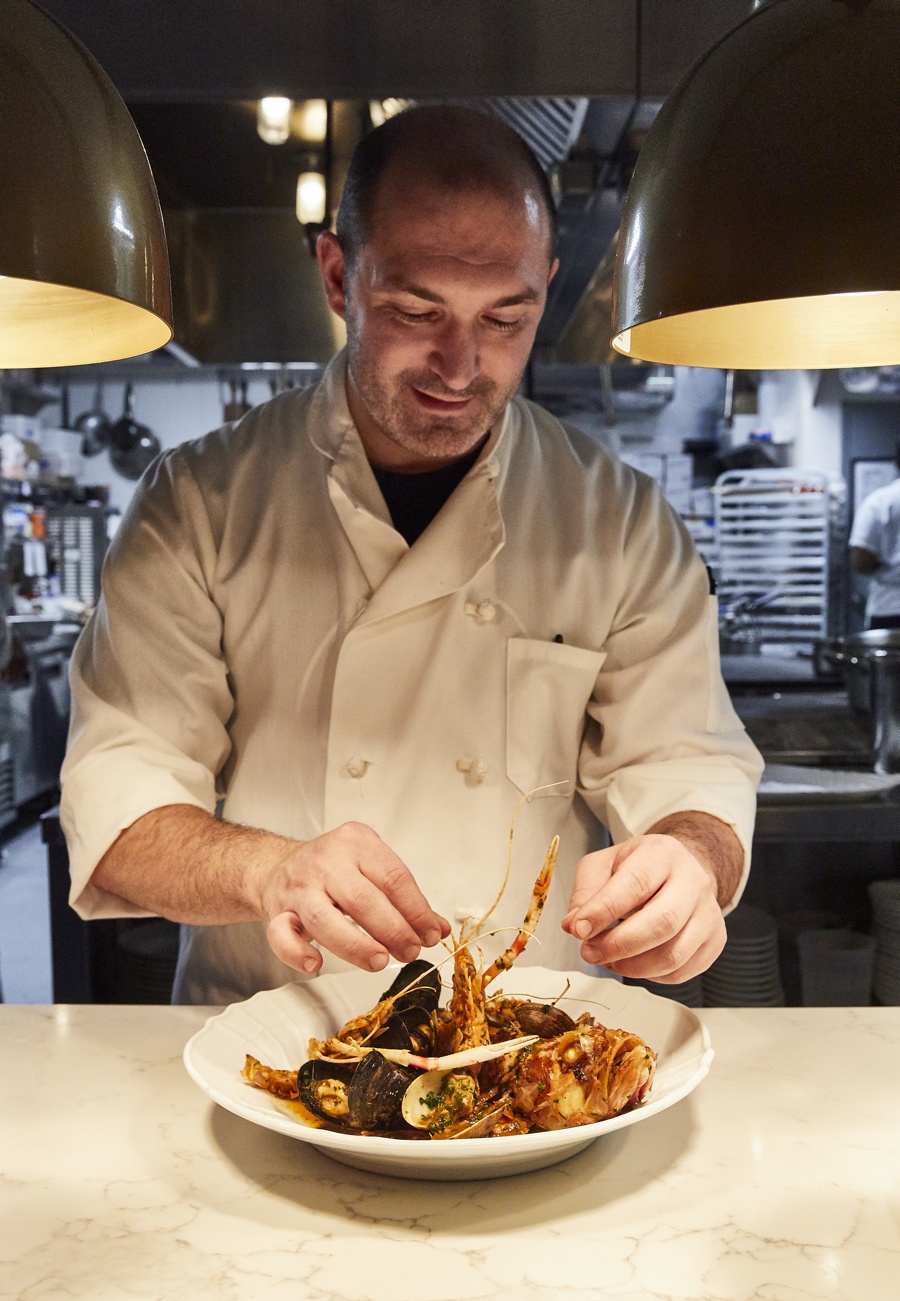 North Broad isn’t East Passyunk, though. And this room, with its dark wood and high-backed quilted chairs, its tablecloths and heavy silver, is unapologetically a dining room. It feels grown-up, serious.

But it’s the food that holds it together — that, and the experience the Cicalas bring, knowing in their bones how to feed people and make them feel welcome. There’s no presumption here, no sense of frustrated ambition. Joe and Angela learned on East Passyunk how to feed a neighborhood and a city both at the same time. And though the trappings might be fancier now — the seats plusher, the chandelier light more sparkly — no one has forgotten those lessons. Cicala is exactly the restaurant it needs to be, exactly the restaurant it wants to be. And it’s not chance or good fortune that makes it that way.