How a proposed tariff could double the price of your favorite wine and shut down businesses across the city. 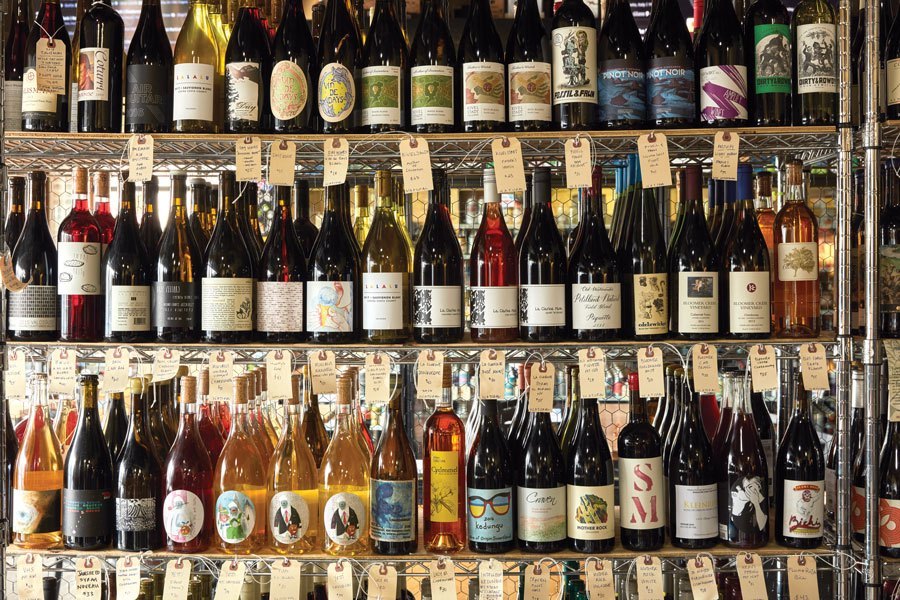 In the last few years, privately owned wine shops have popped up across the city. Places like Vernick Wine, Bloomsday Cafe and Di Bruno Bros. Bottle Shop in the Italian Market gave us access to exciting wines made by small producers from Pennsylvania to Kakheti, handpicked by teams of professionals who legitimately love and care about wine. We’ve seen a decrease in the triple-markup on wine, as restaurants have lowered their margins to make glasses and bottles more accessible for all of us. All in all, it’s been a good year for wine in Philly. And now because of a proposed tariff, our revivified wine scene, just a few years old, is at risk.

Here’s what you need to know, in the least technical language possible: in October, the U.S. Trade Representative put into place a 25 percent tariff on non-sparkling wines under 14 percent alcohol from France, Germany, Spain and Great Britain. The tariff was in response to E.U. subsidies for Airbus (the plane). On December 12th, the USTR published an expanded list of products under consideration for a tariff of 100 percent, which includes wine of any alcohol level from all 28 countries in the EU. The list also includes Irish and Scotch whiskies, and many French cheeses. This second round of proposed tariffs is in reaction to a French tax on digital companies, which hits American tech firms including Google and Facebook.

“These are punitive sanctions that are supposed to be punishing a foreign government,” explained Jill Weber, owner of Jet Wine Bar on South Street, which specializes in wine from lesser-appreciated wine regions like Turkey, Armenia and Jordan. “But the people being punished here are not Spain, Italy or France. It’s producers and consumers, mostly the American public.”

That’s because of how the wine industry in the United States is set up. Our three-tier system is made up of producers (the first tier), importers and distributors (the second tier) then retailers and restaurants (the third tier). Even domestic wines can’t be sold directly to consumers outside the state where they’re made, so California wines are sold through the same companies that bring us wine from Italy or Armenia.

That’s why these tariffs are a threat not just to our ability to drink European wines, but to all the businesses surrounding the wine sold in this state. The importers and distributors that bring us these wines are almost all built on networks of relationships with winemakers from across the world, almost always including at least one country in Europe. Without the ability to sell the wines that they’ve depended on to support their small companies, these businesses will likely resort to lay-offs and possible bankruptcy, which means the wines from other countries in their portfolios will also stop being available.

According to Jason Malumed, co-owner of the MFW Wine Company, who sells to spots like Pizzeria Beddia, the Lunar Inn and the Good King Tavern, there are barely any distributors whose businesses won’t be affected by a doubling of price on European wines. The effect, he says, will be felt even more in Pennsylvania, where alcohol prices are already 40 to 50 percent higher than in other states.

Wine that is subject to the October tariffs is just starting to hit shelves, says Sande Friedman, the Di Bruno Bros. beverage category manager. According to Friedman, a significant portion of the 25 percent tariff has been absorbed by winemakers, distributors, and retailers, so the price increase for, say, a $27 bottle has only increased by about $1.50.

“We already take the smallest cut possible in order to compete with state stores and wine stores in New Jersey.” Friedman said. “We won’t be able to absorb much more, which makes Pennsylvania that much more vulnerable in these tariffs.” With already razor-thin margins for alcohol in Pennsylvania, these tariffs have the potential to shut down restaurants, distributors and wine stores in the state.

The board of Philly Wine Week, which is made up of Friedman and Weber, along with Chloe Grigri of The Good King Tavern and Le Caveau, and Terence Lewis, beverage director of Safran Turney Hospitality, released a statement through their Instagram, encouraging consumers to speak out using the resources in this post from from Weber’s website.

“These tariffs – set to rise to 100%,” they write, “could demolish the livelihood of thousands of hard-working vintners, importers, distributors, sommeliers, restaurateurs, wine retailers and, despite what some have said, the American wine industry.”

Hello, friend. This is a new sort of post for us. Usually we’re here with Philly Wine Week news and fun events. Today, we’re reaching out about a more serious topic: impending tariffs on wines from EU-member countries. There is some legislation set to be passed and go into effect as early as February 2020 if we do not take action. Whatever your political stance may be, I think we can all agree that taxes on still and sparkling wines aren’t in our best interests as consumers or professionals in the industry. In 2018, the US imported 105 million cases of wines, mostly from Europe, accounting for roughly 33% of the market. In short, these tariffs – set to rise to 100% – could demolish the livelihood of thousands of hard-working vintners, importers, distributors, sommeliers, restaurateurs, wine retailers and, despite what some have said, the American wine industry. As someone who appreciates wine, you know that wine is not interchangeable from place to place. Each bottle is sought after specifically because of where it was grown and made – what we all know as terroir. Let’s protect that and continue to celebrate it for the marvel that it is. There’s more to it, but in the interest of keeping it short and sweet, we’ll ask you to visit the link in our bio to take action. Thank you, from Philly Wine Week executive committee: Sande Friedman, Chloe Grigri, Jill Weber, Terence Lewis

“As a restaurant owner, you don’t want people to have to care about your finances,” Weber told me. “You just want them to come, eat, and say ‘that was a great meal and it was worth the money.’ But that becomes much harder when the wine is as expensive as its gonna have to be.”