The brewery and tasting room from a crew of Northeast Philly natives opens on American Street next week. 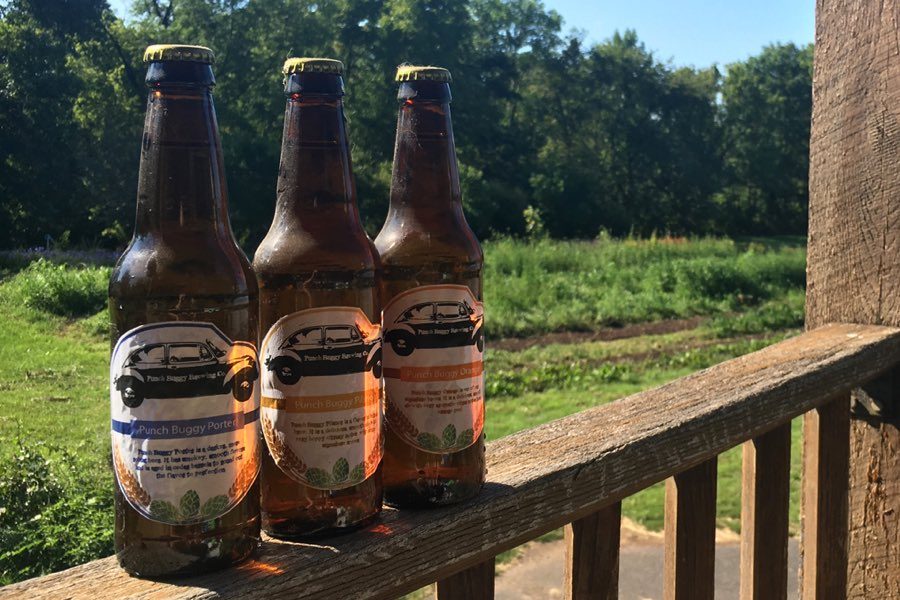 Despite the loss of St. Benjamin Brewing back in spring, Kensington’s beer community is still bustling with new activity, like the in-progress, sour-focused After Midnight. And next week, another neighborhood newcomer, Punch Buggy Brewing Co., will open its doors at 1445 North American Street.

The project started as a weekend hobby for high school friends and Northeast Philly natives Patrick Coyne and John Riley (it’s named for the orange VW Bug Coyne drove in college). The two decided to turn their passion into a business, signing on co-owners Matt Rowland, Ray Mowery, Rob Clark, and Ryan Russo in the process.

Punch Buggy is all of 1,300 square feet, split just about evenly between the tiny 1bbl brewing system and a 36-seat tasting room; there’s also a small courtyard out back that will provide a few more seats during good weather.

To start, four of the bar’s eight taps will feature the brewery’s flagship beers with favorite drafts from local brewers 2SP and Pizza Boy to round things out. Once Coyne and his crew have a handle on supply and demand, they’ll rotate through their own brews exclusively — constant variety being one of the perks of making lots of small batches.

“With a smaller system, we can brew a lot of different varieties rather than doing the same thing over and over again,” Coyne said. This way, they can test out and quickly run through different recipes to see what works best for the brewery and its customers: “It opens it up to brewing whatever we want.”

In terms of food, Punch Buggy will offer hot dogs, dips, and a slate of grilled cheeses inspired by bar bites like jalapeno poppers and pepperoni pizza that are served with homemade tomato soup.