"When I drink a good bottle of wine, I don’t feel like I need a plate of cheese in front of me all the time," says Wine Dive co-owner Heather Annechiarico. "Or charcuterie." 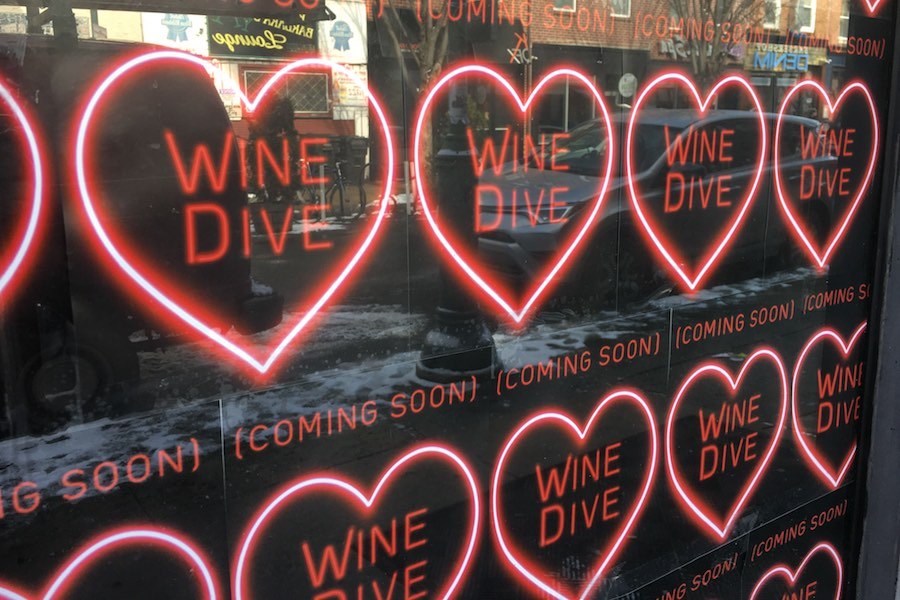 About a month-and-a-half after Anthony Bourdain’s fake friend Michael DePasquale lost his lease on 1506 South Street, we’ve learned that a new project is in the works for that location: Wine Dive is set to debut this spring.

Wine Dive is pretty much what it sounds like it is. It’s going to have a dive bar vibe but you’ll also be able to get good wines there. I mean, have you ever tried the wine across the street at Bob & Barbara’s? Stick to the PBR!

“You’re going to feel like rolling up in your yoga pants and grabbing a Miller High Life and a $5 burger,” says Wine Dive’s Chris Fetfatzes, who, along with his wife Heather Annechiarico, owns Fitzwater Street’s Hawthornes as well as South Street spots The Cambridge and Tio Flores. “It’s casual. Come as you are.”

Wine Dive will start off as a retail shop, where you’ll be able to find funky wines and bubbly that you can’t buy at the state stores. Fetfatzes says that most of the retail bottles will be priced in the high teens, and he’ll also have options for $10 and in the $50 range. The couple is aiming for April 15th to open the retail shop.

The bar element will come later. They plan to have a deep cocktail list, including an alcoholic Shirley Temple — the Dirty Shirley — plus plenty of beer and, of course, wines by the glass. There will also be five or six sangrias available at all times.

“You can come throw back a cheap beer,” says Fetfatzes. “You can throw back a great, cheap wine. And if you want to throw down on some expensive stuff, we’ll have you covered as well. We want to capture people who want to have a good time. I don’t know many places where you can get a pounder of Miller side by side a beautiful Schramsberg champagne from Napa Valley.”

In addition to the $5 “badass backyard burgers,” in Fetfatzes’ words, Wine Bar’s food menu will include $5 chicken “sandos” as well as “big ass salads.”

“When I drink a good bottle of wine, I don’t feel like I need a plate of cheese in front of me all the time,” Annechiarico says. “Or charcuterie.”