I'm pretty sure this is the first time I've reviewed a restaurant that kinda ... isn't one. 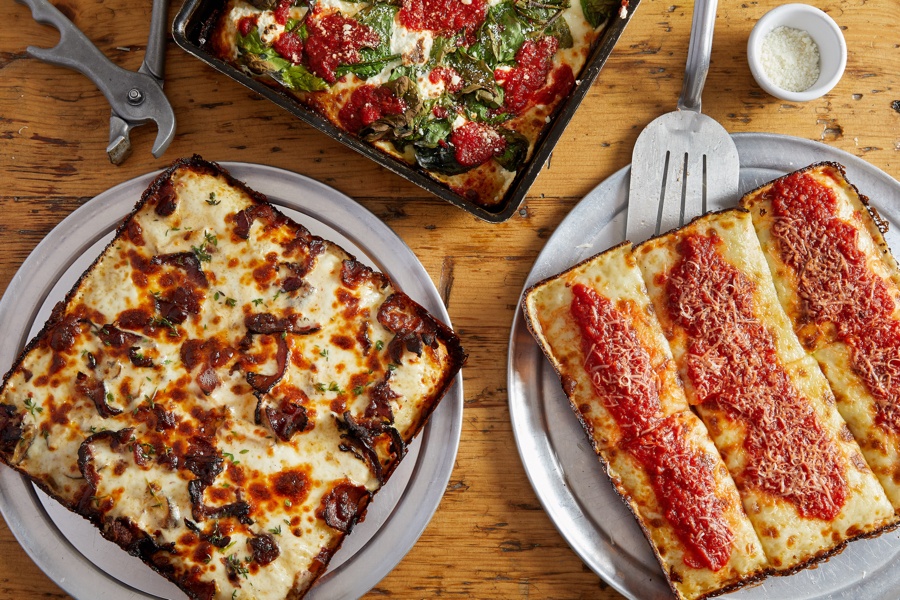 I’ve spent a lot of time writing about restaurants, and I’ve never seen a restaurant quite like Pizza Gutt — mostly because it isn’t a restaurant at all.

It’s a guy (kind of), because it’s run by pizza savant Daniel Gutter, named after him, directed by him. Gutter has a serious CV for this kind of thing. Notably, he might be the only person on earth to ever cook a Pizzeria Beddia pizza who wasn’t Joe Beddia. Which is saying something because Pizzeria Beddia was one of the best pizza shops in the country, and Joe one of the New World masters.

Order This: A pizza. Whatever’s available.

But wait. Pizza Gutt isn’t even really so much a single guy as it is a brand. An idea. Really, an Instagram handle (@pizza_gutt), or, according to Gutter and his Insta account, “Instagram’s first pizza shop.”

Which is a weird thing to say, right? But it isn’t entirely false. Gutter started off doing pop-ups all over town — releasing details, menus, photos through his Instagram account. And when he’d pushed it just about as far as that kind of thing can go, he decided to settle down a little — by serving a limited number of pizzas, available through a challenging reservation system, just a few days a week, out of the kitchen at the cooperatively owned cafe in Spring Garden, W/N W/N.

It works like this: Every Monday (or sometimes Tuesday), Gutter will release a new menu on Instagram (sticking close to his roots). At that point, a land rush on reservations opens up through Slotted (another online whatsis). There are also a few walk-in pizzas available for purchase each day, starting at 5 p.m. (Last time I was there, the walk-in pies were gone by 5:14.) 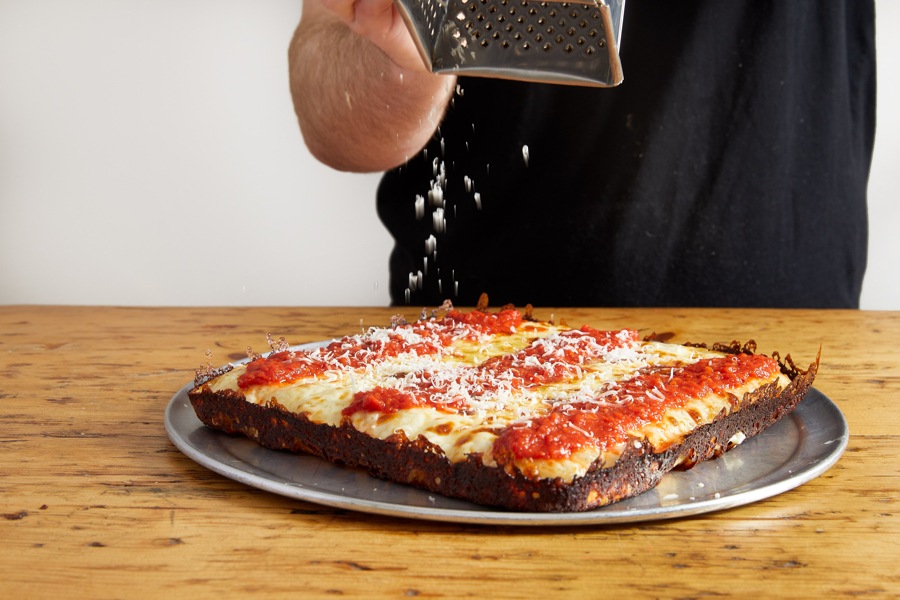 And while, yes, all of this sounds complicated and annoying — so quirky that it borders on Portlandia-style satire — I’d be a dick if I said it wasn’t worth it.

Because W/N W/N itself is a cool place to hang out — DIY and weathered in a way that most restaurants pay big money to fake. And the pizzas are fascinating — 10-inch-by-10-inch squares, thick-crusted and crisp-sided in Detroit fashion. If Pizza Hut were run exclusively by hipster food curators bent on smart, envelope-pushing experimentation, this is what they’d produce. BBQ pizzas. Pepperoni and fried onions. White pies with shiitake cream sauce, gruyère and bacon. Red-top cheese pizza wearing a gooey coat of salty mozzarella beneath three smears of vivid-sweet tomato sauce — all atop Gutter’s signature focaccia-like dough.

It’s an experience is what I’m saying. A uniquely Philly, uniquely of-the-moment thing that’s worth trying at least once, if only to feel that thrill of being right on the edge of something.

And if you care at all about pizza, you should try it now, before it becomes yesterday’s news.