The two-time Best of Philly winner can also translate Latin and ancient Greek. Just don't ask her about her relationship status. 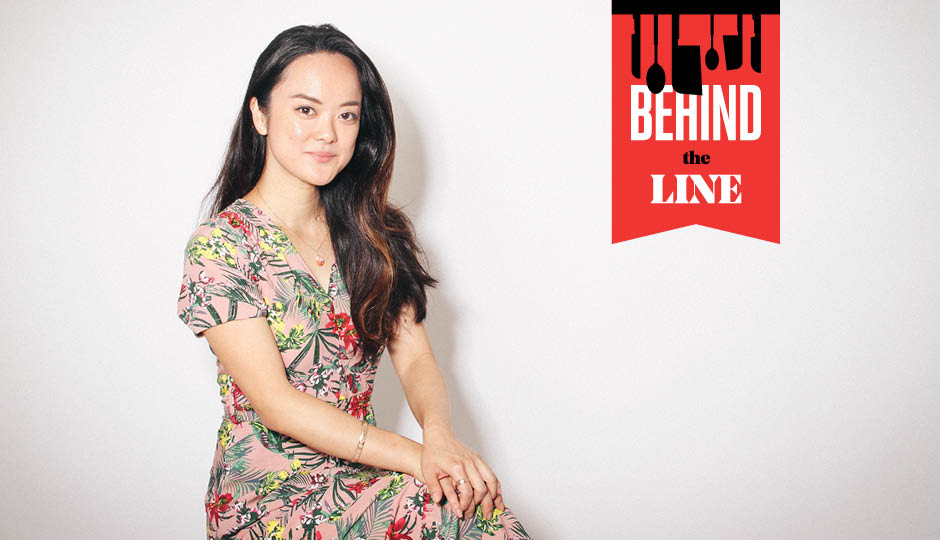 Last week, our special Best of Philly-edition of Behind the Line got up close and personal with Best of Philly-winning Fishtown pizza guru Joe Beddia. This week, we talk to Kiki Aranita, who owns Poi Dog with Chris Vacca. The food truck turned ridiculously busy Rittenhouse shop just picked up its second Best of Philly win.

My full name is… Adrienne Kaiulani Aranita. The only person who calls me Adrienne is my dentist.

My friends call me… Kiki. In Hawaii, it’s really common for people to go by the Hawaiian nickname of the Hawaiian middle name. My parents loved the nickname Kiki, so they picked the middle name that went with it.

I was born in… New York City, in Queens. Well, my parents lived in Brooklyn Heights, and my mom’s Chinese-speaking doctor happened to be based in Queens. Then I was raised on Oahu — my dad is from there — and Hong Kong, where my mom was born and raised. I’m the only one on either side of my family who lives on the east coast of the U.S.

The languages I speak are… English, obviously, Mandarin fluently, Cantonese all right, Pidgin pretty badly. I started undergrad at NYU for Italian, and my Italian is probably the worst of the bunch. Oh, I can also read and translate ancient Greek and Latin. 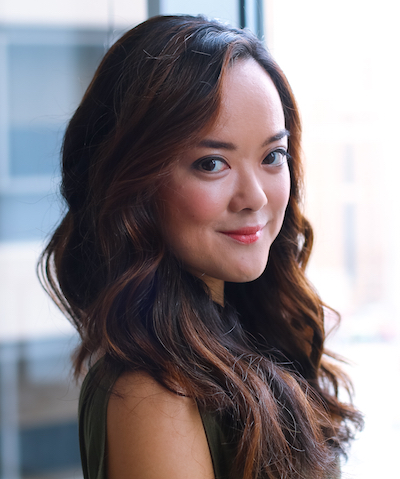 I decided to stay here because… Chris and I started a food truck in 2013. It was the tiniest of businesses and we didn’t know where it was gonna go, but it turned out to be rather popular. And now we’ve opened a restaurant. We have a five-year lease, so we’re stuck here for at least another five years.

The idea for Poi Dog came from… our desire to have the food that we missed from Hawaii easily acceptable here. There’s a really interesting food culture, and Chris went to Hawaii a bunch of times with me.

The most popular item at Poi Dog is easily… our Mochi Nori Fried Chicken, which is our version of mochiko chicken. Mochiko is the Japanese word for sweet rice flour. This is a really common lunch item in Hawaii.

People would probably be disgusted to know that I love to eat… mayo on everything. It’s maybe a little bit gross. I even put it on my eggs.

When I was a kid, I wanted to grow up to be… a ballet dancer. I only quit in college, and now I’m taking adult ballet, which feels great. I just discovered Philly Dance Fitness, and the teacher is amazing.

We still have the food truck because… we’re booked for weddings for the rest of the year, so we have to keep it.

One thing that really surprised me about this business is… the paperwork. It’s quite a lot more paperwork than I had anticipated.

I met Chris… at Bryn Mawr, where we were both studying. We found out we worked really well together. Our first project was a research paper we presented in a few places about the restaurant scene in Philly.

If you ask me if Chris is just my business partner, I will tell you… that it’s absolutely none of your business. 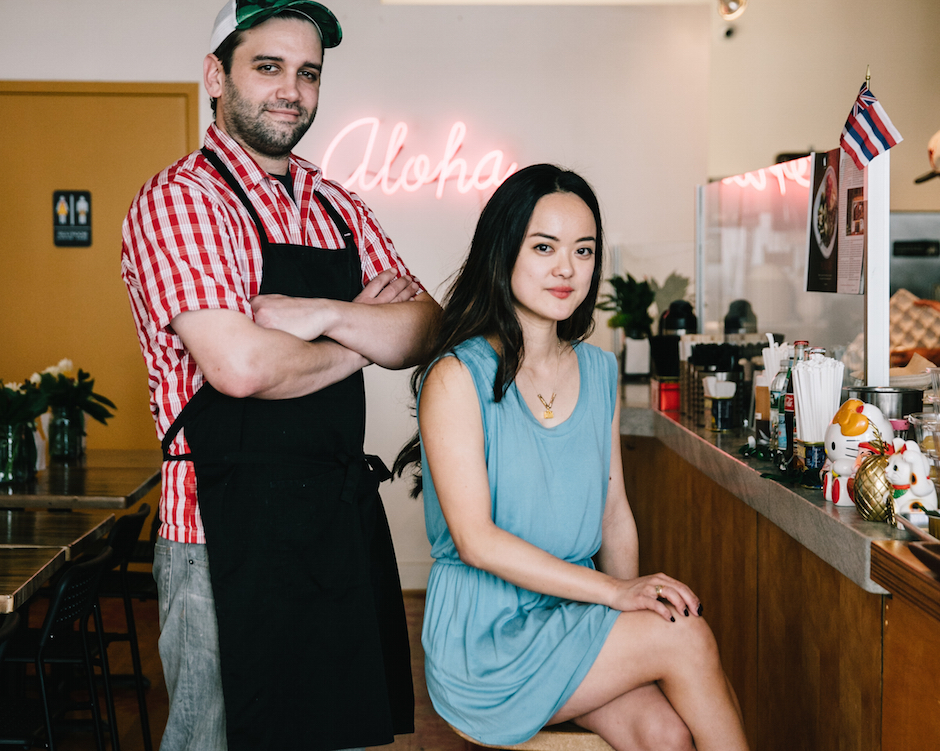 One Philly restaurateur I really respect is… actually two: Ange and John from Saté Kampar. They’ve done something really unique in South Philly. They’re such great business owners, and when we opened, they gave us a hand with such random things. They just showed up and started doing things. They have a successful business, yes, but they are also really decent, nice people.

The thing I miss most about Hawaii is… seeing my family all the time. Part of the reason we are still in business is that in 2013, during the polar vortex, when people were pouring water out of bottles and it was freezing right away, we left the food truck, which was obviously slow, and escaped to Hawaii, where we ran pop-up dinners. Because we did that, we survived winter and made money and that allowed us to get to the point we are at today.

The secret to running a successful food truck is… serve something nobody else serves and do it with a lot of love.

The best thing about this business is… meeting people I wouldn’t have met otherwise. We have customers who bring us food all the time. One went fishing in Alaska and brought us the salmon and halibut he caught. I have customers who go to Hawaii and bring me laulau.

The worst thing about the restaurant business is… no-call, no-shows. We have a great staff, but having to fill in gaps when people are irresponsible, that’s what I dislike the most.

You shouldn’t call Poi Dog a Hawaiian restaurant because… Hawaiian is a race. I am not ethnically Hawaiian. We serve some items that are traditional Hawaiian food, but we also serve what we call “local” food that is not Hawaiian — it is the product of all the different people who came to work in Hawaii from places like China, Korea, the Philippines, and elsewhere.

If you’re coming to my house for dinner, I will probably make… whatever is in my fridge. I pride myself on being able to make meals out of nothing. Or we’ll order pizza from Rione, which is right next door to me. I really like them, and that means that I’m eating a lot more pizza.

The most beautiful place in Philly is… my bed whenever I get to sleep in, which is not a lot.

Philly’s Chinatown is… tiny. I never really go there. If I’m craving Chinese food, I go to the Jane G Dim Sum House in West Philly. I go there to the point where it’s a problem. I have been there three times in one week. Their xiaolongbao — that’s what white people call soup dumplings — is really good, and I’m from Hong Kong, where we have very high standards for them. The eggplant is also super good.

Anybody going into business should… go to Wharton for the small-business seminar program. It only takes a few months. It’s a crash course in how to run a business. It’s essential.

After my food truck won Best of Philly in 2014… we were on Fox 29 on that morning show. “Best of Philly” was plastered all over the screen. And then they face us with this question: Do you have forks in Hawaii? Um…