Get Chaat and Chai's Kerala short ribs at the Old City food hall next spring. 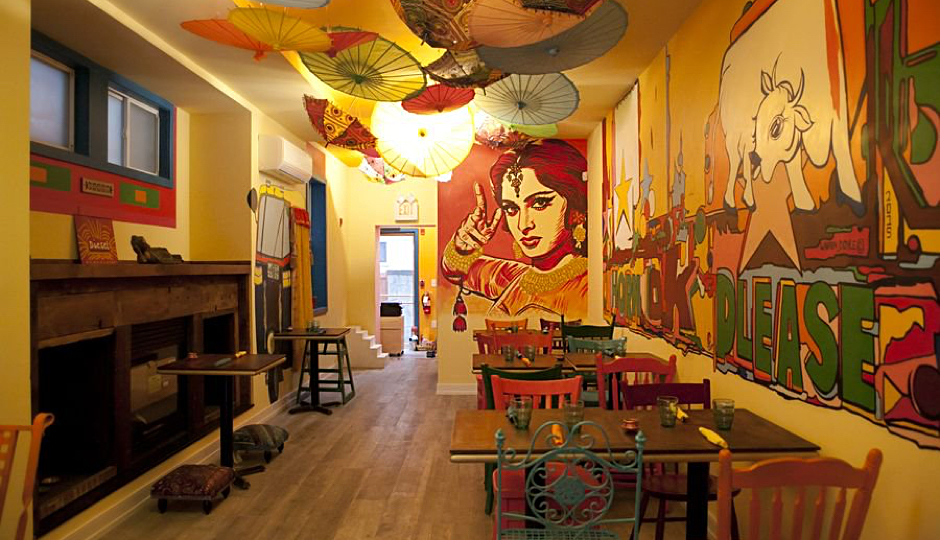 After a year and eight months open just off West Passyunk Avenue, Best of Philly winner Chaat and Chai will close this weekend (Friday or Saturday will be the last day — check Facebook later this week for an official date).

Fans of the restaurant needn’t worry, though. It will reopen at The Bourse’s impending chef-driven food hall in Spring 2018.

Chaat and Chai opened in South Philly in November of 2015. It was a new sort of Indian restaurant for the city with its walls covered in rainbow murals, its mismatched tables, chairs — even napkins — colored green, orange, purple and yellow, and its ceiling decorated with colorful umbrellas.

But aside from its looks, the restaurant made a splash with a menu that featured dishes and specialties uncommon to Philly’s North-Indian-dominated Indian restaurant scene. Chef-owner Anney Thomas comes from South Indian roots, so her kitchen offered regional street foods like Chettinad curry bowls and Karela-style beef short ribs (which Inquirer food critic Craig LaBan named one of the 12 best dishes of 2016).

Thomas (who lives in the neighborhood) says, “Most of my customer base lives in Center City, West Philly or the suburbs. The Bourse just makes more sense.” Plus, all of the food hall’s new tenants will have access to The Bourse’s liquor license (she says she’s been toying around with Indian-spiced cocktails). Her Old City station will offer a pared down version of the original: “more street-food-focused.”