If you thought you could snag a seat at Zeppoli's summertime Sicilian barbecue this summer, think again. 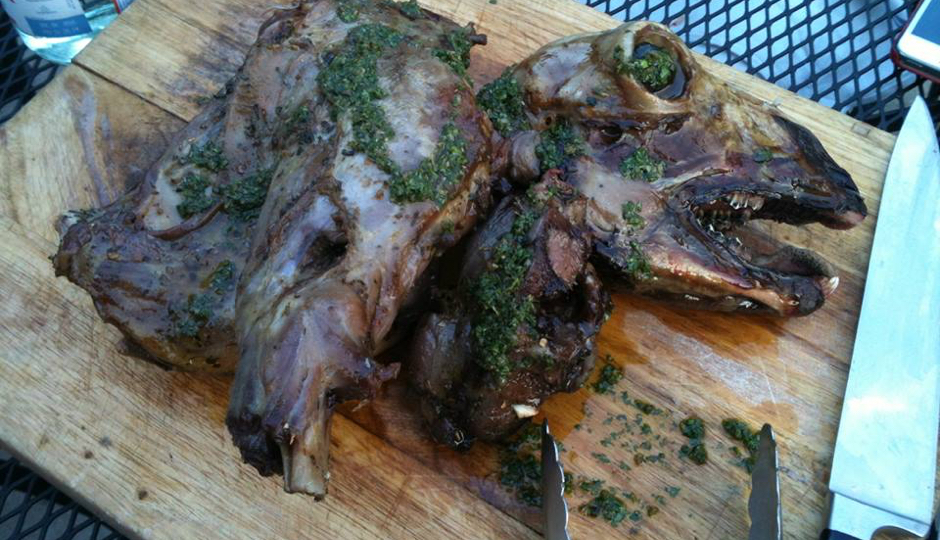 Everything that could be said about the Sicilian genius coming from behind the line at Zeppoli has already been said. In addition to winning three stars in 2011 from our then-critic Trey Popp, Joey Baldino’s Collingswood BYOB landed on each of our 50 Best Restaurants issues ever since it was old enough to make the list. Bon Appetit gave it a Best New Restaurant nod in 2012, Time Out named it one of the best Italian restaurants in the country in 2015, and some of our biggest chefs, like Nick Elmi (in an interview with First We Feast) and Joe Beddia (mentioned in his new book), are on the record saying that Zeppoli is one of their favorite restaurants in the region.

In 2014, Baldino started hosting these summertime Sicilian barbecues on the restaurant’s backyard patio. Family-style feasts for $75 a head included items like giant plates of grilled octopus, homemade pasta, seafood salads, and whole lambs (pictured above). It was a coveted affair as they only happened once a week and only in the summer months. Every year, they’d announce on Facebook that they were taking reservations for the barbecue, and every year they’d sell out just like any typical restaurant event would.

Except this year. Things went a little differently this year.

On May 1st this year, at 6:37 p.m., Zeppoli opened up their reservation books to parties of 6-10 interested in a Monday night al fresco dining experience. By 7:07 p.m., the books were closed. They sold out the entire 2017 summer in half an hour. If you missed your chance, woe is you. It’s not like this is the first time something like this happened with a Joey Baldino restaurant.