Who Is Pizza Gutt and Why Is He All Over Your Instagram Feed? 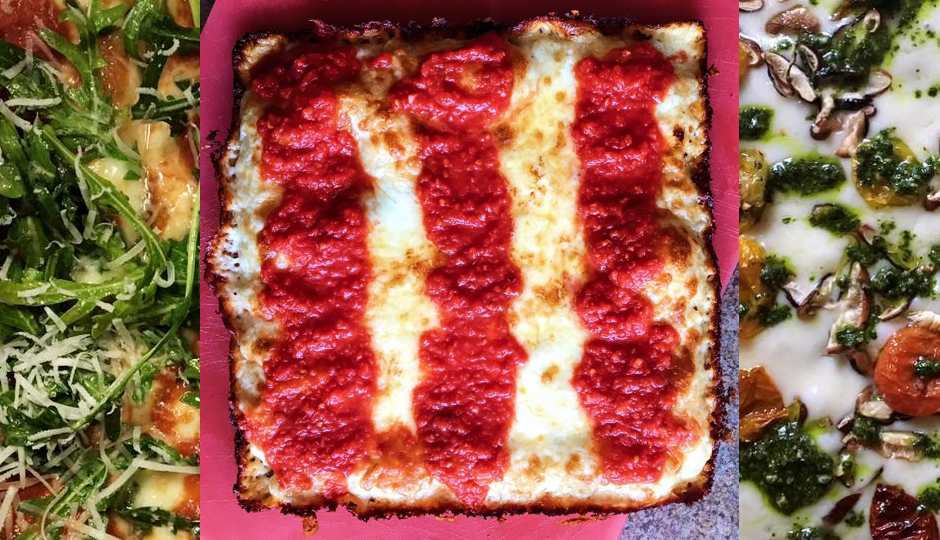 Philly’s pizza culture might be as important as its cheesesteak one — arguably more, if you consider how rooted it is to the city’s Italian-American heritage. Yet, on the national stage, it plays second fiddle to every other iconic junk food we have in our arsenal. New York, Chicago (for reasons I detest), and Connecticut are the champions of American pizza, their metropolitan identities virtually synonymous with their styles of pie.

We come close, we have the right bloodline, unique-to-Philly toppings (see: pizzazz), even our own brand of Sicilian squares (tomato pie, anyone?). But in the face of all that, “Philly style” became a bagel before it became a pizza. 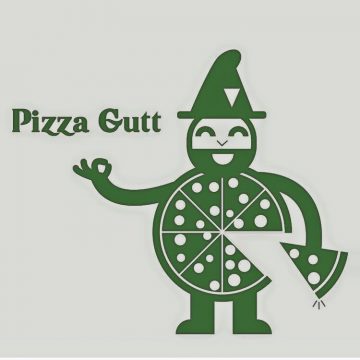 To us, the residents, the neighbors, pizza is very Philly. It’s this pseudo-fixture, not completely our own like the cheesesteak, but significant to the scene just the same. In recent years, we’ve dealt with pizza in waves — prolonged manias — like during the nation-wide Neapolitan boom, a movement led by Brigantessa, Pizzeria Vetri, and Nomad. Or the Fishtown boom started by Pizza Brain, the country’s first pizza museum and restaurant, and later on, Pizzeria Beddia, named the best in the country by Bon Appetit in 2015.

The pizza-craze has slowed a bit since then. Shops and restaurants opened here and there, but few have made the same splash we’ve come to expect from new contributors.

Square pizza with crisped cheese edges, started flooding our feeds. But who is Pizza Gutt? Where is he? How do we get our hands on some of that sweet-looking ‘za?

Daniel Gutter, the brain behind Pizza Gutt, has a strong resume. Dude started slinging pies in high school at Drexel Hill’s old-school shop Cocco’s and hasn’t stopped since. I mean, yeah, he’s worked as a criminal justice consultant in the past, but he says that wasn’t for him. Pizza was. He started making them at home, and like any good millennial does, eventually landed himself a job by sending pictures (via Facebook) of his homemade work to the owners of Pizza Brain until they asked him to join the team. He’s been there ever since.

In 2015, Great Leap Brewing — what he calls the “Victory Brewing Company of China” — called on him on to bring American-style pizza to their small collection of brewpubs in Beijing. He spent one month overseas educating the company’s chefs on the American way, and afterwards, returned to his home-base, Pizza Brain. That was around the same time Joe Beddia was toying around with the idea of opening his shop up a few additional days a week — Gutter, with Pizza Brain’s blessings, was going to be his Sunday-Tuesday guy, and trained with Beddia for about six weeks (he says he might be the only one to ever bake a Beddia pie besides the man himself), but, all the while, he itched for his own thing.

His parents noticed their son’s passion for pizza and installed a wood-fired oven in their backyard. That’s where he started selling his first pies — blistery, round Neapolitan pies, with fun toppings like quail egg and chorizo. His pizza-enthusiast friends and neighbors were elated.

That eventually led to some pop-ups with his restaurant buddies, but not every kitchen in this town is equipped with a wood-fired oven, so Gutter thought it best to switch up his pizza-style from Neapolitan to whatever works in whatever type of oven he had at his disposal. Last year, he linked up with Sam Jacobson of Philly’s premier pie and mash shop Stargazy and pulled a little prank on East Passyunk Avenue: Jacobson announced that he would close his shop, rebrand, and reopen as a pizza shop called Floorlooky (how cheeky). Obviously not true, but a fun way to announce Gutter’s first “professional” pop-up.

Gutter was in the Stargazy kitchen that day wearing a wizard hat (now the Pizza Gutt logo above), tossing deck-oven pies as Floorlooky’s “Pizza Wizard”. He’s since popped up at W/N W/N and Martha, both outfitted with convection ovens, so he made the natural switch to square pies — soft, airy, basically “Detroit-style”, but with more of a focaccia-like crust. They’re topped and baked with cheese first, and finished with sauce and toppings. The square pies have sort of stuck to his brand, but he says he won’t play favorites.

So what’s next for Gutter? Well, he’s still working at Pizza Brain, and no, he’s not involved with their new Brewerytown location called Pizza Dads (opening next month). He’s currently on the look-out for a brick and mortar, but until then, he’ll be popping up around town like he usually does, posting the menu on Instagram and selling (by suggested donation) twenty-or-so online first, with a few more available first-come, first-serve.

We recommend following him, but keep your eyes peeled on Facebook and Foobooz, too, for future pop-up announcements.