A politician’s recent decision to go tieless has reignited the debate. Five Philly executives weigh in and offer tips for navigating necktie etiquette in the workplace. 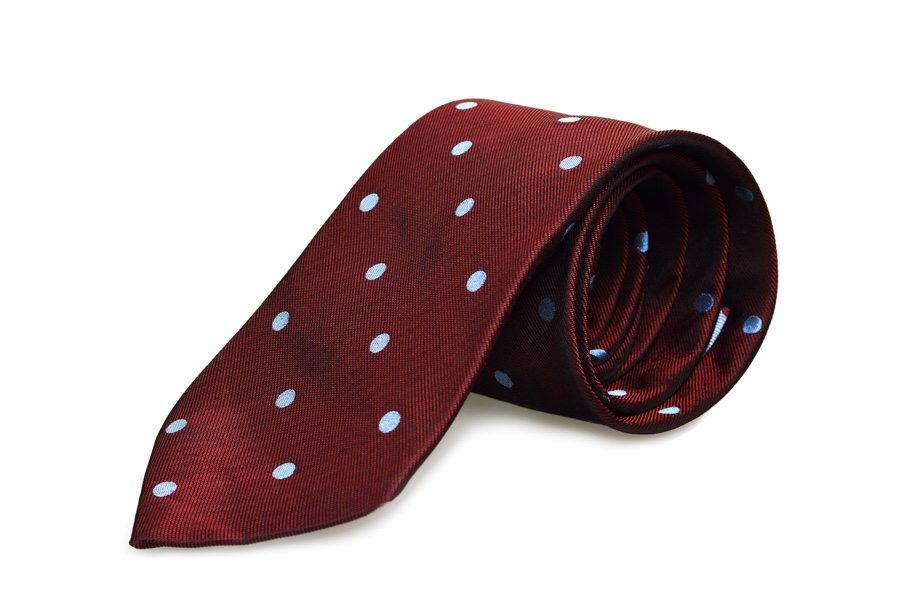 Is it time to stop wearing neckties? Getty Images | izzzy71

Last month during the second Democratic presidential debate, we saw Kamala Harris address Joe Biden’s dicey civil rights record, Bernie Sanders stand his ground on his progressive ideals, and Pete Buttigieg grapple with the fatal police shooting of a black man in South Bend, Indiana. All that, and the Twitterverse couldn’t stop talking about the fact that candidate and entrepreneur Andrew Yang showed up without a necktie.

Some thought Yang’s choice was innovative, while others found it disrespectful and inappropriate. Observers even created two Twitter accounts — Andrew Yangs Missing Tie and   Andrew Yang’s Tie — which perfectly illustrates the divide and begs the question: What is necktie etiquette nowadays? We talked to a few Philadelphia business executives to see where the necktie stands today. Here’s what they said:

Today, neckties are neither extinct nor uniform

“I actually do not think the necktie is dying. What has changed is when, where, and why a necktie is worn,” United BioSource president Patrick Lindsay told Philly Mag.

“I do not think a necktie should be a requirement for work,” Lindsay explained. “However, the necktie still projects a polished professional look in some environments. It is also important to note that in some environments it can be seen as being out of touch with the people whom you are meeting, so always think about your setting, engagement, and most importantly your own sense of style.”

Universal or not, neckties will always have an allure

Ajay Raju, chairman and CEO of Dilworth Paxson LLP says that “insofar as neckties are worn with suits, they’ll never die. The suit and tie is eternal; it’s men’s fashion at its zenith. Sophisticated cockroaches will be wearing suits and ties after a nuclear apocalypse. It’s an ensemble that does something unique. It both conveys and commands respect. A suit says, ‘I accept that a situation demands formality and conformity,’ while a conscientiously chosen ties says, ‘But I’m still going to express myself.’ If you’ve got a decent form and/or a decent tailor, you can’t go wrong with a good suit.”

“I’ve worked in venture capital and at tech startups for the past 13 years, during which time I’ve worn a tie for work approximately five times,” said Jake Stein, senior vice president of Stitch. So in my industry, neckties have been dead for a long time.”

“The most powerful, influential, and richest individuals today aren’t stodgy old bankers or industrial tycoons,” Raju noted. “They’re relatively young men who struck gold in their dorm rooms and garages, where dress codes are irrelevant. The way these new titans dress conveys those origin stories. Mark Zuckerberg wears his jeans, T-shirt, and hoodie because that’s more or less what he was wearing when he invented Facebook. Of course, when you’ve [got] $30 billion, nobody’s going to tell you how to dress, but it’s not as if Zuckerberg’s buying his casual look off the rack at Modell’s.”

When in doubt, look around

As relaxed as some companies might be, there are limits to casual dress practically everywhere. According to Alkemy X CEO Justin Wineburgh, people must use their common sense of what is appropriate. “Even in the most creative office setting, any clothing that is stained, torn, or worn out, does not project creativity but, rather, just a lack of care and bad judgment, qualities which are never acceptable in the workplace,” he said.

Stein agrees that dress code, formal or not, typically comes down to judgment: “We spend a lot of time, energy, and money recruiting world class people, and then we trust them to act like adults.”

Be creative and, most importantly, be yourself

There are other ways to look just as good as your necktie-wearing colleagues. Ted Mann, CEO of Slyce, says that “if you’re in a professional office like a law or accounting firm and neckties are the norm, and you really don’t want to wear one, […] try to step up your attire with nicer suits or dress shirts, and maybe throw in a pocket square to compensate for the lack of neckwear.”

Above all else, though, you should stay true to yourself. “My advice is to dress comfortably. The navigation is to stay away from hard and fast rules and go with how you feel,” Lindsay said. “There are days when you feel like dressing with a tie and days when you don’t. Be open to your own style and personality.”