Dear Philly Startup Community: Black Women Are Not Here to Save You

Here's why the idea of the black woman savior can damage the startup community's standing. 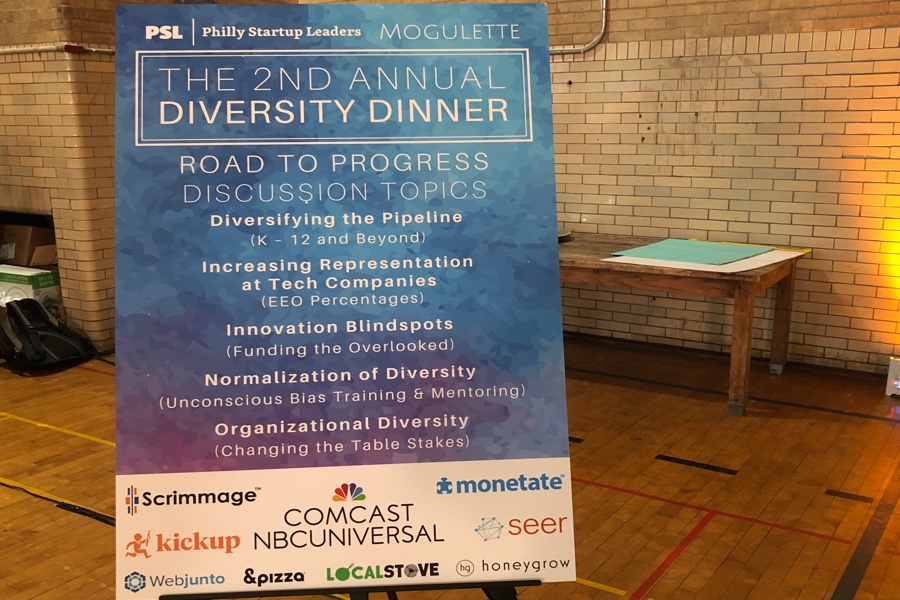 This week, Philly Startup Leaders welcomed marketing guru Kiera Smalls as its new and second-ever executive director. Across social media, people in Philly’s startup, tech and government communities congratulated Smalls. Their comments suggested that her appointment marks a big win for PSL. “Perfect fit for what will help push PSL forward,” one person tweeted. “Very capable” and “fantastic” read some other comments. “HUGE draft pick for [PSL]” and “[PSL] is lucky to have you,” tweeted some others.

But another narrative — one that suggests that Smalls has been brought in solely to save the organization on the diversity and inclusion front — also emerged. An Inquirer headline on Smalls’ appointment reads, “Philly Startup Leaders names an African American executive director to foster inclusivity.” Pause. Does this mean that because Smalls is black, she’s expected to pull PSL and Philly’s startup community out of its diversity rut? Or does the headline suggest she’s been hired because she’s black? And because she’s black, do the privileged in Philly’s startup community get to throw their hands up and escape accountability if the black woman in charge doesn’t solve all the problems?

There’s a national trend, and now even research, that shows that women and people of color get pulled in to top positions during times of crises. They’re fit for the roles but then get thrown in to solve big problems, and often alone as they continue to battle “subtle or even outright bias in the workplace.” (Examples include former Yahoo! CEO Carol Bartz and General Motors CEO Mary Barra.) This is all according to a new study from University of Michigan and University of Texas researchers explained in MarketWatch. The research uncovers what happens when people from underrepresented groups take on top positions at troubled organizations.

White male leaders in the organization tend to become less helpful to other workers — particularly women and people of color — after the appointment of a minority-status leader. James Westphal, a finance professor at the University of Michigan’s Ross School of Business and one of the authors of the report, told the publication that “[White males] identify less, psychologically, with the organization after the appointment of a minority CEO and that reduces their propensity to help colleagues.” He added, “Our theory is that the appointment of minority CEOs triggers biases.” And this ultimately impedes the new leader’s ability to implement their strategies successfully.

Another report highlights how women and people of color are often not set up for success when they climb up the ladder. If they fail to turn a firm around quickly after being appointed during a crisis, these leaders are swiftly removed and replaced.

Last year, Apple CEO Tim Cook appointed Denise Young Smith to be the company’s first VP of Diversity and Inclusion but Smith packed her bags after just six months in the role. Though she had been working at Apple for 20 years, she came under fire for comments she made about diversity during a panel discussion. Ironically, she was replaced by a white woman.

Could this phenomenon known as the “glass cliff” be at play at PSL? And is Kiera Smalls, after just a few days at the helm of PSL, already viewed as the lone savior who will clean up the organization’s mess?

We’ve seen this at play with other women in the community, too. When PSL was called out for its largely homogenous leadership last fall, Wilco Electronics EVP and PSL partner Brigitte Daniel stepped up to straighten out the organization’s Diversity Dinner plans. Similarly, SmartyPal founder Prasanna Krishnan, a new PSL board member, was elevated as PSL’s spokesperson for the event. And not unrelated, serial entrepreneur Darla Wolfe became the executive director of Philly New Tech Meetup around the same time.

The problem isn’t that these women are getting jobs and board seats — on the surface, that’s a cause for celebration. The problem is that it’s unclear whether they’ll receive adequate support from the entire community. Are they down in the trenches alone? And if things go awry, will it reflect poorly on the new leaders or the organization as a whole?

I asked these same questions when board president Bob Moore and chairman Rick Nucci called public statements made by PSL’s former executive director “disappointing, inappropriate and unacceptable.” While the executive director made comments that apparently misrepresented PSL’s values, I wondered where her support was and why her advisors seemed to escape blame. While Smalls is being celebrated as the force that will move PSL along, it’s possible she’ll run into similar roadblocks if the entire startup community doesn’t step up.

I preemptively asked Smalls about all of this last week before her new role was even announced since the national narrative around the black woman savior is probably the strongest it’s ever been. (In our national voting patterns, for example, black women have literally been thanked for supporting Hillary Clinton and Doug Jones, while white women have been criticized for throwing their support behind Donald Trump and Roy Moore. As a result, people seem to expect black women to routinely save America at the polls.)

When I specifically asked Smalls about whether she feels pressure to rescue PSL on the diversity and inclusion front and how she feels about the suggestion that she was hired because of her race, she responded by being very clear about why she is where she is.

“From where I sit with PSL, and having talked to [board president] Bob [Moore], I got this role because I’m qualified,” she said outright. “And in all my interactions with Bob and the board over the last couple of months, I’ve never felt like a token.”

For Smalls, her hiring represents the clear need for leadership from people of color who are capable. “This shift means we want this community to reflect the demographics of this city,” she told me. “At the end of the day, there are people of all backgrounds doing really great work here. But the more we can continue putting diverse individuals in positions of power, the more we can have diverse perspectives at the table when we make decisions that impact all of us.”

While Smalls says she doesn’t want to be viewed as a savior on diversity and inclusion, she says she’s in the best position to do this work in light of her personal experiences and professional work. “I’ve been having these kinds of hard conversations for the past five to six years,” she tells me.

Looking ahead, Smalls says she’s ready to listen and learn and most of all, collaborate with community members and the PSL board.

“All we’ve been talking about for the past few months is, ‘We have work to do. Here’s where we are and here’s what our community says we need.’ I look forward to keeping these conversations going with an eye toward real impactful change. And the best thing we can do is keep everyone in mind when making decisions that impact the communities we serve.”