Philly Startup Leaders Really Needs to Clean Up Its Act 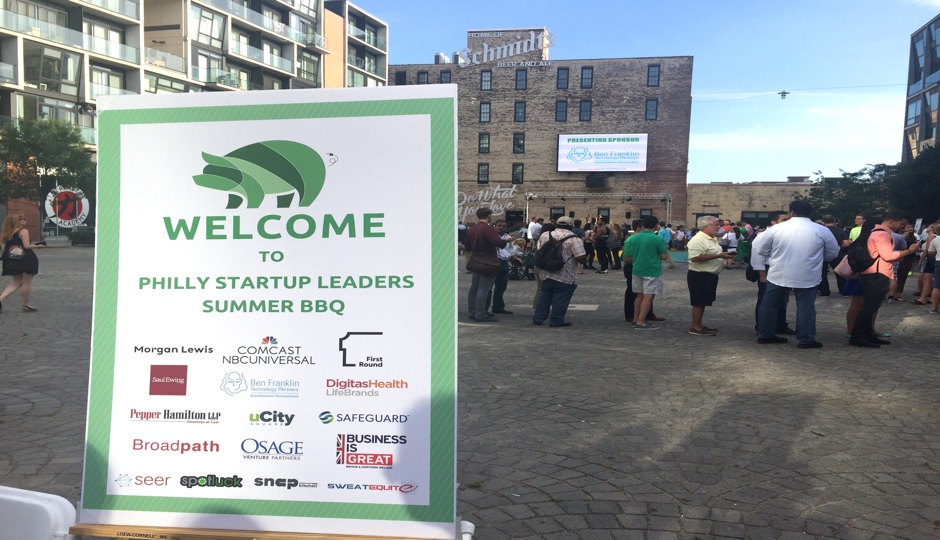 Philadelphia’s tech community is obviously not what it was ten years ago. Probably every tech leader I’ve interviewed has marveled at how quickly the scene has grown. They usually sound like: “Back then, it was just a handful of us. Now I hardly know anyone at tech events.”

Ten years ago was also when tech community members loosely organized to form what we now call Philly Startup Leaders, or PSL. And like the scene it seeks to amplify, the nonprofit organization has grown. It’s now a point of entry for many entrepreneurs new to Philly, and for those already here, it’s a rich network packed with resources and a means to signature events like the PSL Summer BBQ, Founder Factory, and the Entrepreneur Expo. But while PSL has grown in popularity, its messaging and leadership have remained dangerously stunted.

One part of the overall deficiency was on display this week when the organization’s executive director, Yuval Yarden, spoke on a panel at the Black and Brown Founders Conference alongside Little Giant Creative co-founder Tayyib Smith and Webjunto co-CEO and head of design Liz Brown. What began as a discussion about breaking into Philly’s tech community devolved into a sad and frankly pathetic exchange that demonstrates that the organization, as it stands, should no longer be regarded as a beacon of representation for Philadelphia’s tech community.

As the panelists discussed diversity in Philly tech, specifically in relation to PSL’s Diversity Dinner (which took place for the first time last year in partnership with Mogulette), Smith tried to express his disapproval of the event. “I basically felt like I was on their menu,” he said. “Most of the times at diversity dinners and discussions I feel like I’m on the menu.”

If you’re a person of color in any predominantly white field or institution, you’re likely familiar with Smith’s sentiment. White-led organizations usually only call people of color to the table when it’s time to talk about diversity. And when you’re at the diversity discussion table, you get exploited for your ideas.

He continued: “Black and Brown people have been marginalized out of many industries within my lifetime and since the inception of this country. It’s not about how people feel. It’s not about discussion. It’s about transformative change.” A little later he added, “The kind of change I desire isn’t going to come from making people feel better.”

People of color have been pushing for diversity across many fields for a long time. The way forward does start with discussion, but the discussions have already been happening. The fact that we are still trying to sit down and hold hands to discuss the issue instead of acting on possible solutions that already exist is problematic.

Yarden’s response to Smith showed a deep lack of self-awareness and a lack of understanding around the kind of urgency it takes to narrow the diversity gap that PSL says it cares so much about.

In a room full of entrepreneurs of color, PSL’s executive director failed to recognize the marginalized position of the attendees sitting before her and made herself into a victim. “It’s really difficult walking into a room where you’re really only one of the only white people,” she said. She harped on how hard the organization is working and chalked up its lack of efficiency to the supposed complexity of the problem. And she put the onus on the attendees of color in the room and urged them to be nice:

“If you see something and you feel like it’s not the right thing, I have office hours before work and after work. I’m available to talk about it, but you gotta raise your voice and come to us in a positive, helpful manner. And tell us what we need to do in the future and not what we didn’t do in the past. […] Stand up and volunteer. But show up and ask to be on our board. Be a member of whatever committee and planning event and help us. We don’t know. And we want to be solution oriented.”

Is this the kind of messaging Philadelphia wants to send outsiders about its tech community? Is this the kind of tone Philadelphia wants to send to entrepreneurs already trying to make it here? And especially those budding diverse entrepreneurs (even the really young ones who may have been watching) who Mayor Kenney and Councilman Allan Domb say are our future?

For those of you who see nothing wrong with Yarden’s comments, let’s back up a bit.

Yarden is asking for solutions to Philly tech’s diversity problem and says that with this year’s Diversity Dinner, the organization plans to create an e-book of ideas that can help move things forward.

What baffles me is we already have ideas and potential solutions. I know because at last year’s Diversity Dinner, I talked to a number of the entrepreneurs in the room who eagerly gave their ideas. I wrote some of those ideas up in a story titled, “11 Tech Leaders on How to Bolster Diversity in Philly Tech.” And even before PSL thought to create a Diversity Dinner, the ideas have been out there.

What has happened in the time since last year’s Diversity Dinner? Were PSL’s leaders really listening to the crowd in the room or did the organization’s leaders pat themselves on the back for assembling a diverse crowd? Saying this issue is complex and takes time is not enough if the organization’s leaders aren’t actually pushing its startup members to try potential solutions that have already been proposed.

I’m not here to defend Smith or to smear Yarden, but I must call BS when I see it. Smith is being called a bully for the way he addressed Yarden and people are saying he offered no solutions. But he did. In just the first few minutes of the panel discussion he offered a handful of ideas: relationship building, training the next generation by supporting programs like Coded by Kids, working in solidarity by not coming with the missionary perspective. He nodded to the Institute of Hip Hop Entrepreneurship that he help found, which is a sterling example of how to uplift parts of Philly’s community that have been traditionally left behind. (I’ve written about the program here and here.) But did anyone even hear these ideas? Why are we just hung up on how frustration was addressed? PSL’s executive director was allowed to cry. Why wasn’t he allowed to vent too?

To understand why such an exchange even took place, we have to go bigger picture and acknowledge that PSL’s executive director isn’t the big problem here. My question is where is her support? How did the president and board of Philly Startup Leaders allow the platform’s toxic messaging and biases to fester?

How do longtime board members like Danielle Cohn, Rick Nucci and Wil Reynolds factor into this conversation and even funders and longtime mentors like Josh Kopelman? Has PSL looked in the mirror recently to question whether its board and other leadership reflect the community that it wants to champion?