The Knight Foundation-backed entrepreneurship program came to a close on Sunday, with three students winning seed money for their business ventures. 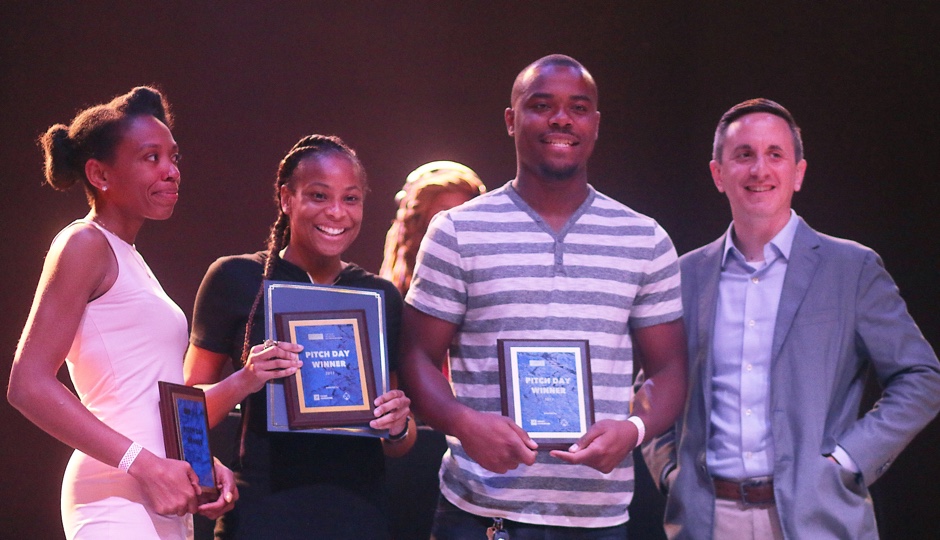 On Sunday, Philadelphia’s Institute of Hip Hop Entrepreneurship wrapped up its inaugural business program with a pitch competition at Union Transfer where three students walked away with $10,000 each to jumpstart or bolster a business.

Following nine months of intensive instruction on everything from identifying a problem to developing a business plan, the pitches on Sunday addressed everything from the overly negative image of black people in the media to healthy eating and poor financial literacy rates in underserved communities.

Ke Stevenson, a Southwest Philly native and mother of three, took home one of the prizes for “Good Hood Girls,” her nail salon concept that seeks to pay nail techs a fair wage. And the concept, designed with communities of color in mind, would also allow black women in Philadelphia to take ownership of an industry that they’re already largely a part of as consumers, Stevenson said in her presentation. With 172,000 black women in Philadelphia — 11 percent of the city’s population — she sees room to build spaces where she can coddle the loyalty of women who currently visit their nail salons simply out of convenience. “This is more than a nail salon concept,” Stevenson said, “but a chance to make a change in how black women experience the world.”

Another winner, Tony Chennault, pitched film production company Mike Jay Films, named after his brother, filmmaker Mike J, who was shot and killed in a drive-by shooting. To honor the film scripts his brother left behind, the film company produces narratives and documentaries focused on driving social change in urban communities. “We see Philly as a hotbed for feature films,” Chennault declared during his pitch, where the abandoned warehouses of North Philly can be turned into studios to retain the likes of Will Smith and Kevin Hart.

Kyree Holmes, who also took home a check, pitched “Onyx Valley” —a play on “Silicon Valley”—a recruiting company that would identify and develop diverse talent in the tech field and match top performers with companies in the industry.

“They’re solving problems that aren’t being served by the mainstream entrepreneur, and these are massive market opportunities that are being overlooked,” said GreenLight Fund executive director Omar T. Woodward, who served as one of Pitch Day’s six judges.

Woodard, who has served as head judge of Harvard Business School’s esteemed New Venture Competition in the past, says entrepreneurs there were creating social ventures for worthy problems in countries like Pakistan and India, but what about the problems right here in cities like Philadelphia? “Who’s addressing those?” he said. “These entrepreneurs are ultimately thinking about how to reduce poverty for people in Philadelphia and this competition gets at the importance of who’s looking at a problem,” Woodard told me.

The Institute of Hip Hop Entrepreneurship was awarded more than $300,000 in April 2016 as a winner of the Knights Cities Challenge, an initiative of the Knight Foundation. The program, uniquely steeped in business lessons from the hip-hop industry, kicked off last November with a cohort of 24 entrepreneurs between 18 and 32 and from all across Philadelphia.

“We’re really proud of how much their [business] concepts improved, especially just over the last two months,” said Tayyib Smith, one of the program’s co-founders. “And though there were just three slots to get funding, they’ve all been supportive of one another.” The group has cemented its identity under the moniker “A Tribe Called Success” (a nod to the legendary hip-hop group A Tribe Called Quest), which builds on the program’s mission to create a new Philly network where people typically left out of the innovation world can get access to resources.

:') Some heartfelt messages from the students as we near the conclusion of the Class of 2017 of #IHHE#craftyourhustle #empoweryourdreams pic.twitter.com/NIIo23BI7w

“We’ve been given the opportunity to develop ourselves as entrepreneurs and the entire time we weren’t forced to switch,” said Chantelle Bateman, an IHHE student who pitched her micro-rental program “Crash Spot.” The cohort members weren’t asked to wear suits to present on Pitch Day and there was no pressure to straighten afros or tie back locs. Instead, some like Bateman, wore their staple IHHE “Hustle” t-shirt; one wore a t-shirt that depicted rapper Biggie’s “Ready to Die” album art. And notably, they didn’t pitch in a boardroom at some random corporate office.

“You gotta be ready to pitch anywhere,” said IHHE co-founder Meegan Denenberg when I asked her why we were at Union Transfer on a Sunday morning. And to Denenberg, Sunday’s competition proves that there’s value behind IHHE’s non-traditional curriculum. “There’s merit to pushing different approaches to learning” to train Philadelphia’s next generation of leaders, she said.

Next for IHHE is figuring out a way to continue the program, though the team isn’t currently set on finding a start date for the next cohort. They’re seeking pathways to sustainability, whether that’s through a paid model or the philanthropic, corporate or non-profit communities.

“We’re so gratified and really want to keep this going,” said Denenberg.