The Institute's inaugural year, which kicked off in November, is more than halfway finished. Here's what the participants have been up to. 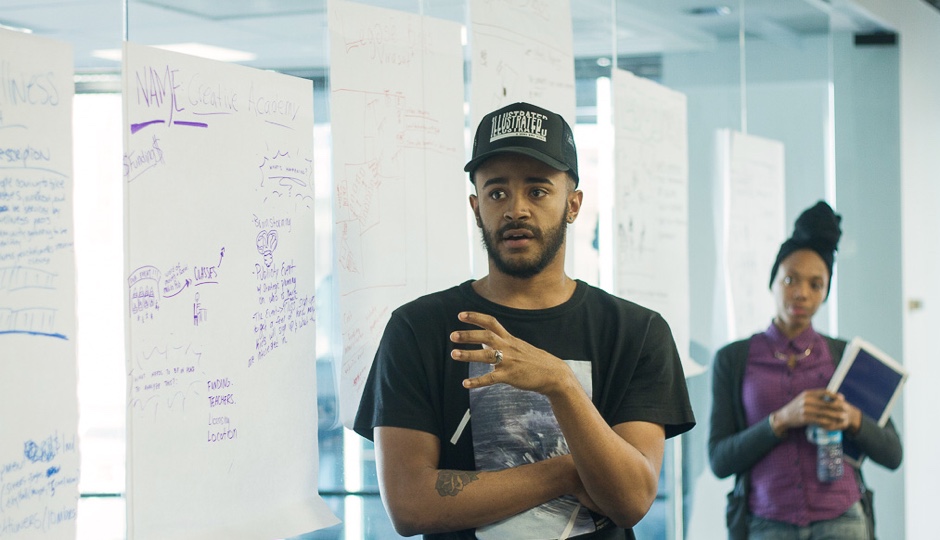 Sudan Green explains his group’s ideas to the class during January’s session.

When I walked into the Institute of Hip-Hop Entrepreneurship’s third session one snowy Saturday morning in January, I was immediately greeted by the word hustle. It was written across the T-shirts of some of the program’s entrepreneurs, and the group chanted “Ay hustllllle” several times that morning to voice their enthusiasm.

The 24 entrepreneurs, clustered around the couches of the city’s Pipeline co-working space, were tuned into a lesson on the business model canvas, a template for fleshing out brand-new ventures. They spent hours thinking up value propositions, potential revenue streams, and their dreamt-up businesses’ cost structures. But the IHHE isn’t the average boot camp for entrepreneurs. In fact, this is Philadelphia’s first business incubator program intentionally geared toward young people who are often overlooked by existing educational and business communities — applicants who didn’t go to Wharton or have a venture capitalist for a relative. Here are four things I observed about the IHHE that prove it’s building Philly’s next generation of business tycoons.

The Program’s Ethos Is Hip-Hop Infused 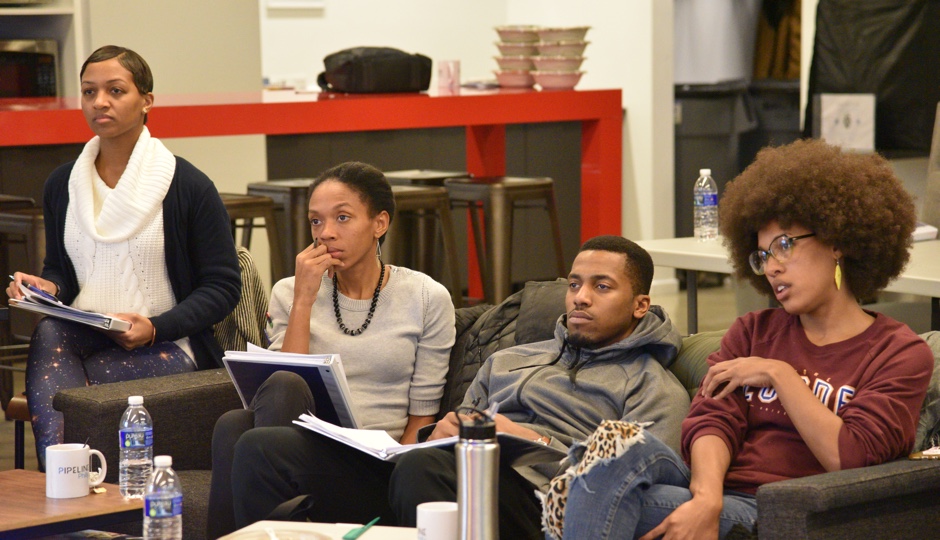 As its name suggests, the IHHE’s backbone borrows from the hip-hop industry. So what does that mean? According to Tayyib Smith, one of the program’s founders, hip-hop has singlehandedly changed business practices and the language of popular culture. The hip-hop industry has served as a springboard for its players to launch ventures, gain fiscal independence, and ultimately alter the course of their communities. History has shown us that you can’t separate hip-hop and entrepreneurship: Jay Z recently announced plans to launch a venture capital firm, Nicki Minaj has a new mobile gaming app, and Kanye West has a fashion line.

But IHHE’s goal isn’t to develop rappers and hip-hop music artists. Instead, the program embodies the spirit of the genre and helps its entrepreneurs recognize many related creative industries and connected skills. And according to Eboni Zamani, one of the institute’s entrepreneurs, it was innovative of the founders to make hip-hop the program’s foundation. “There’s a stigma around hip-hop, even in our communities,” Zamani, a Nicetown native, told me. “It’s not taken seriously sometimes. But why wouldn’t you take Diddy’s and Jay Z’s and Chance the Rapper’s model seriously? It’s not accidental that they’ve come to have so much money, power, and influence.”

A Curriculum That’s Tried and True 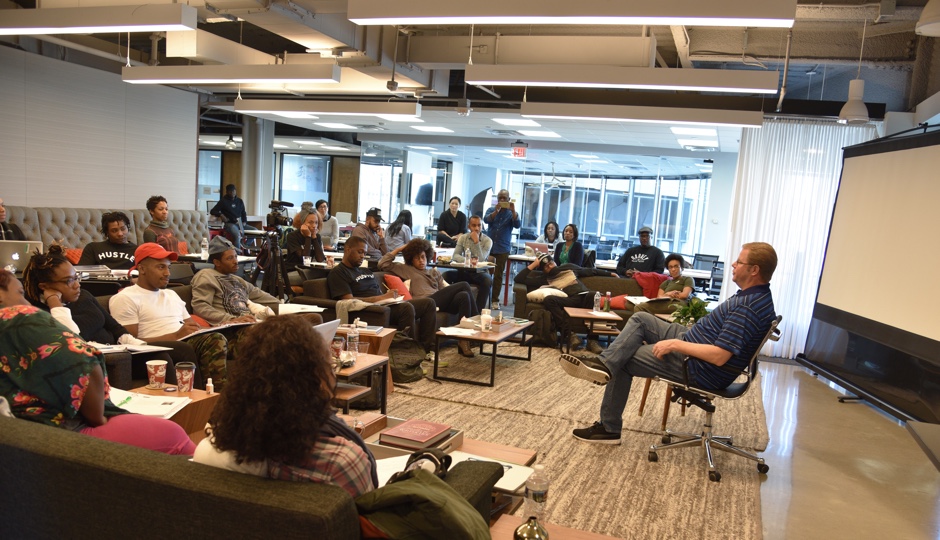 Brian Coleman, author of “Check the Technique: Liner Notes for Hip-Hop Junkies” and “Rakim Told Me: Hip-Hop Wax Facts,” speaks to the IHHE during its inaugural weekend in November 2016.

Though this is the institute’s first go-round, its curriculum is filled with business tenets that are tried and true. In its four sessions since last November, students have studied how to identify specific business opportunities within their neighborhoods; they’ve identified what makes for disruptive leadership; and they’ve determined how to build something that’ll attract investors.

“Our intention was to provide students with contemporary best practices that are used by innovators and successful business leaders, especially within the hip-hop industry,” Annie Chiu-McCabe, IHHE’s curriculum developer, told Philadelphia magazine. Each weekend the institute is in session, participants are given the tools they need to explore a new topic. The approach is multidisciplinary, hands-on and team-driven.

At the start of the year, I watched students stand before their peers to present the business plans they’d worked out on the business model canvas and field questions about their ideas from the room. In the afternoon, the group made their way out into the snow to gather research from Philadelphians on the street for a hypothetical business idea. Chiu-McCabe says IHHE’s aim is to help students adopt design thinking, which embraces learning from mistakes and challenges. “This is crucial in helping students increase their emotional agility and recover quickly from the myriad of challenges that entrepreneurs face,” she said.

A Kick-Ass Slate of Founders, Guest Speakers, and Mentors 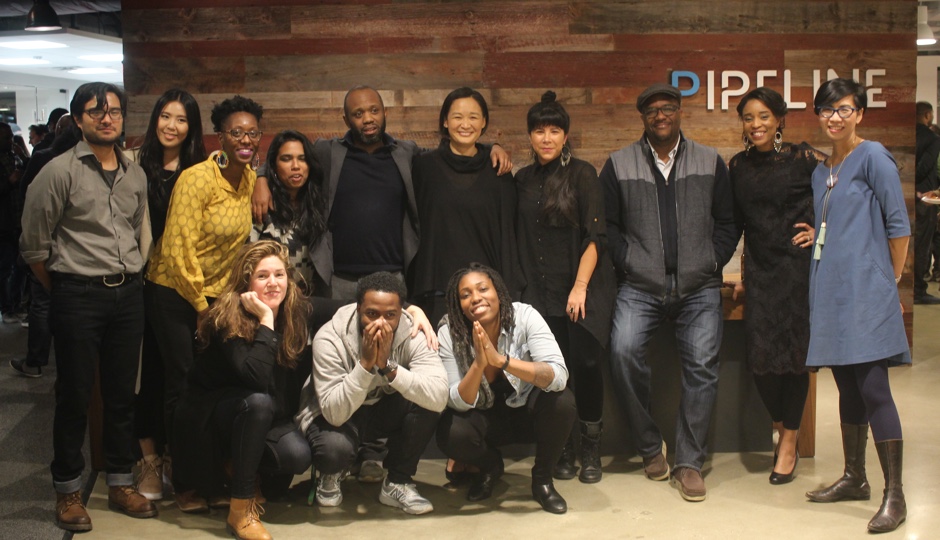 Perhaps the most remarkable aspect of the institute is the community behind it. Its founders, Meegan Denenberg and Tayyib Smith, have personal stories that match those of the institute’s entrepreneurs and decades of experience as innovators themselves. Between the two are stints in the music industry as promoters, managers, event planners, and consultants, plus a vast body of work in marketing and advertising.

The Entrepreneurs Have Already Proven Themselves 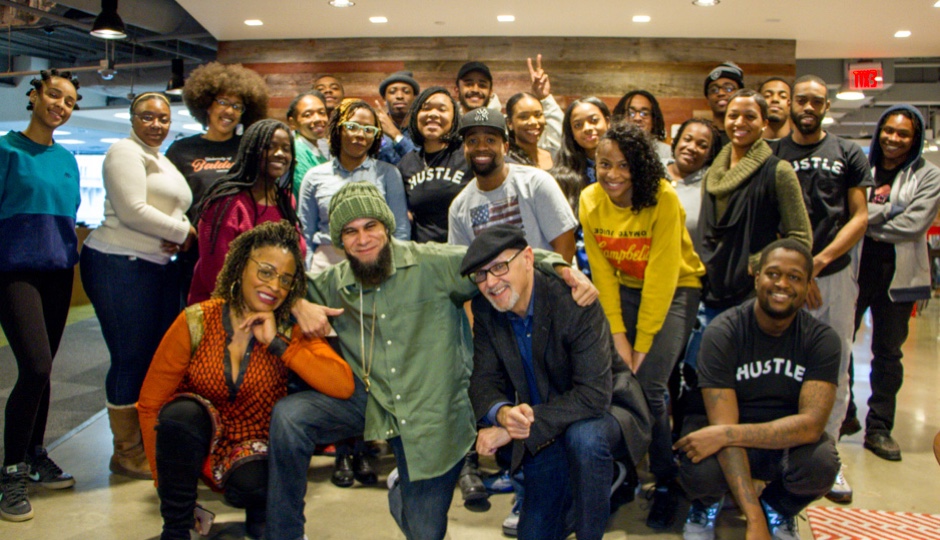 IHHE is ultimately about access. The program has captured a group of entrepreneurs who already have the hustle bug and are helping them find the resources that’ll elevate their brands faster. The program also sets the groundwork for a new kind of inclusive network and ecosystem of innovation in Philadelphia. The students are young adults between 18 and 32, and the cohort includes entrepreneurs like Mont Brown, who’s organized the Kickback, a Southwest Philly community festival, for years.

For Eboni Zamani, the 26-year-old who’s currently a social worker, the program has renewed her focus. “Without IHHE I would’ve been on my own. I would’ve had to figure out some other way to get this information” she said. Zamani wants to start a venture in film and media, and IHHE has given her the space to think critically about her business plan. “I’m already wishing this could be longer than nine months,” she said.