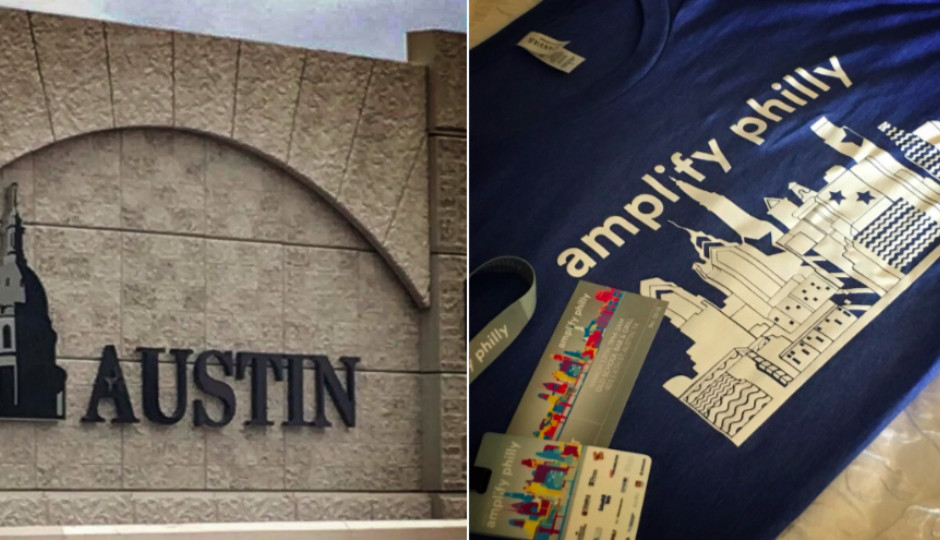 Since 4 a.m. on Thursday morning, Philadelphians have been boarding planes to make their way down to Austin, Texas. The “215 is officially in the 512,” some rejoiced on social media for the city’s second official go at the SXSW conference, an effort to elevate Philly’s brand on the national stage.

Eighteen different companies will be exhibiting at the SXSW trade shows, backed by $140,000 in funding from 15 local sponsors. Mayor Kenney was among the group of early travelers to the conference and on his agenda this weekend is a mayoral meetup to discuss “disrupting local government.” He’ll also be on a panel about immigration and Sanctuary Cities and tour the trade show to hang with Philly companies.

And Amplify Philly, the team that’s organized Philly’s SXSW campaign, along with the City’s Department of Commerce, will guest blog right here on BizPhilly to recap every single day of the conference up until Wednesday, March 15th. Stay tuned!

In the meantime, here are some Twitter accounts that are already abuzz with the conference’s happenings.

Thank you @MayorAdler for welcoming the Philly team to #SXSW! pic.twitter.com/3FE2jXyDLA

.@Hugh_W_Forrest welcomes attendees to #SXSW. Thanks everyone for "bringing the creativity". #AmplifyPhilly is ready to bring it all week! pic.twitter.com/8OP8jL8p6a

Things are getting serious down in Austin. Time to set-up for the Tradeshow! #AmplifyPhilly pic.twitter.com/bnW4agfoIA

Come join me at 2pm, Hilton Salon D, to talk about the future of biology @biorealize #SXSW #SXSW17 #AmplifyPhilly

S/O to the awesome ASL interpreters during this q&a with Cory Booker. They're fantastic! #SXSW pic.twitter.com/ulVEQPwXsU

"Government is not moving at the speed of innovation." @CoryBooker speaks on the challenges of regulation when it comes to innovation. #SXSW

You can find all the @penn and @pennpci activities at SXSW in Austin here: https://t.co/Dad1yLvsc5. Hope to see you there!

Today, the #ROARTeam is gearing up to #AmplifyPhilly at #SXSW! Say 👋 if you'll also be in #Austin – we'll be @ the trade show, booth #1824. pic.twitter.com/pxmbRUz4Lh

And if you need a refresher on why Philly even has an organized SXSW effort, check out Amplify Philly representatives Yuval Yarden and Dave Silver on NBC10 before they left for Austin: