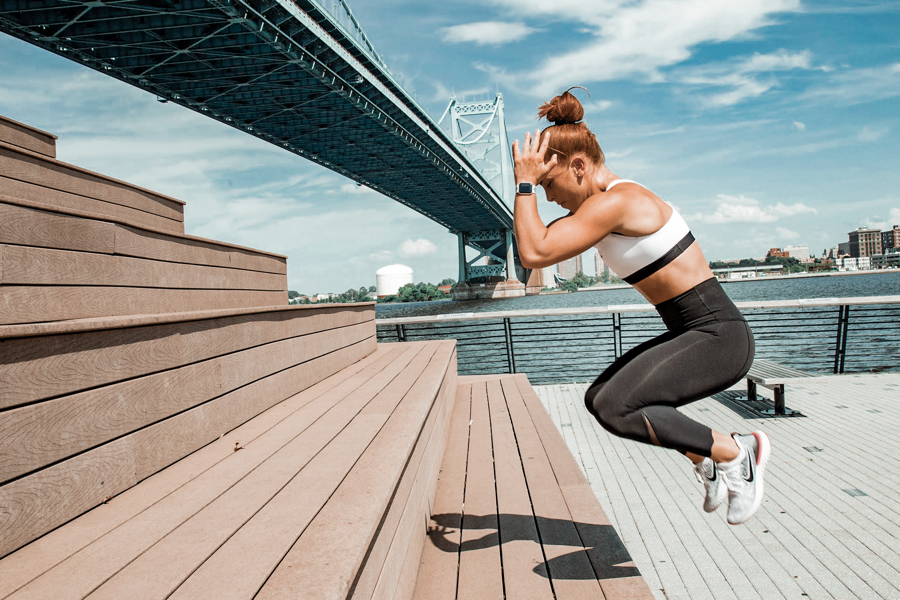 Where I live: Center City

What I do: I am a lead trainer at Fitler Club and WE/FIT coach at City Fitness.

I moved to the U.S. when I was 6 years old. I was born in Israel to a loving, caring, and strong-minded family, but I always felt a bit different growing up. I had bright red hair, did not speak a word of English, and dressed like a tomboy, which many people viewed as something girls shouldn’t do. To help me “fit in,” my parents signed me up for wrestling to get me involved with the other kids (which kind of back-fired). But soon after, I was playing basketball, softball, and my true passion: soccer.

In high school, I finally felt part of a community. I played soccer year-round for my school’s team and a club team, and participated in college showcases in the hopes of being recruited. I loved being a part of a team — we hustled together, lost together, won together. We all had different stories but the same end goal: to do better, get better, and be better. I stayed out of the party scene that most of my classmates had started dabbling in and stayed focused on my performance on the field. Playing gave me a rush of adrenaline that I couldn’t get enough of.

But then I got injured. My sophomore year of high school, I tore four ligaments in my ankle and was out for an entire season. I eventually had to get surgery, which ultimately ended my soccer career. I fell into a depression. Without soccer, I began searching for that high I felt on the field, turning to drugs and alcohol as an illusory escape. I started abusing the Percocet I was prescribed, as well as OxyContin and Xanax, to try to forget about the physical and emotional pain.

At 17, I went to rehab. I was scared, but had hope that rehab would be the positive thing I needed. While at rehab, I experienced genuine vulnerability, connection, and community, all of which helped me get my life back on track. I started going to the gym with the other recovering addicts, and began feeling good about myself — mentally, physically, emotionally. I finished my stay, moved to the Poconos, and created a new, clean life for myself.

Things were looking up. I was working at a drug and alcohol rehab center, helping others with their recovery journeys. I started working out with a personal trainer and even entered the bodybuilding world. Eventually, I decided to get certified in personal training and took on some clients part-time. Good things began happening for me: a work promotion, a relationship, a car, an apartment. 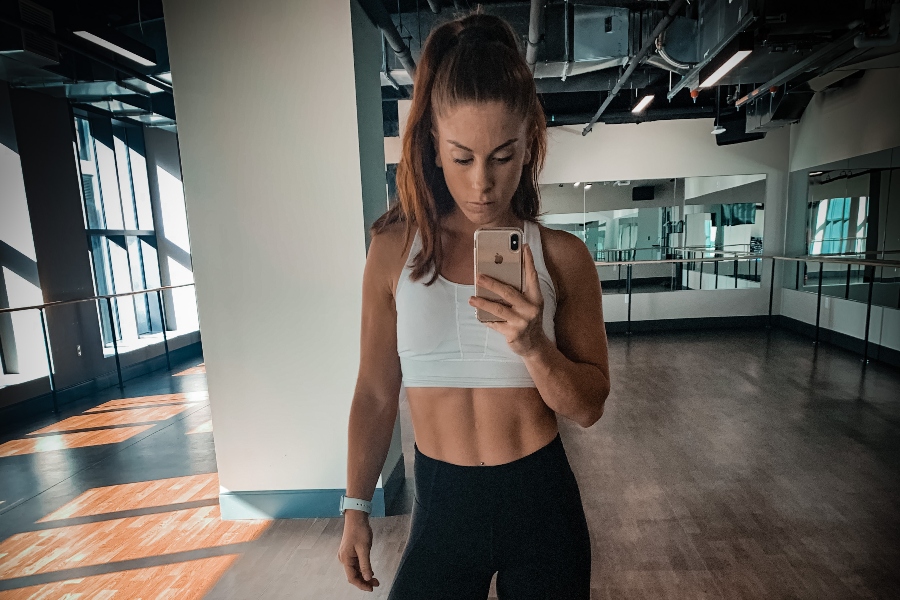 …until I relapsed. I was 22 and clean for four-and-a-half years. I was so busy trying to maintain a life that looked good on the outside that I lost touch with my inner self. My girlfriend at the time was also an addict in recovery who relapsed and I soon followed suit, overdosing on heroin. It caused me to resign from my job, and 30 days later, I ended up with a DUI and in jail. When I got out, I refused my family’s help, believing that I could save myself.

Heroin took hold of my life. For two years, my girlfriend and I were running the streets of York doing anything and everything we could to get the next hit and avoid the withdrawals. I wanted to stop, but I couldn’t — my addiction literally dictated my every move. At some points, we were homeless, living in abandoned houses or sleeping on drug dealers’ couches. I was emotionally, mentally, and financially bankrupt. I tried detoxing on my own several times, but nothing lasted. I felt like a shell of a human, and just wanted control over my own life.

In December 2016, I decided to get help. I didn’t walk into Caron‘s treatment center hopeful or “ready” to get clean, but I couldn’t bear the life I was living. I was put on the “Relapse” unit for people who had substantial clean time and then used. I almost left while I was detoxing because it felt unbearable, like the flu but 100 times worse. I told my counselor, “I will never be able to stay clean,” but one month in, I finally began feeling better. I managed to get eight hours of sleep, was able to eat, started going to the gym, and even laughed and joked around with people.

After 120 days in rehab, I committed to staying clean. My family came back into my life and the last thing I wanted to do was put them through more pain. In March 2017, I moved to West Philly, got my license back and my record expunged, and was finally felt like a productive member of society again. I stepped into the Philly fitness community, networking and collaborating with other fit pros, which is how I eventually landed my jobs at City Fitness and Fitler Club.

Recovery is an ongoing process. Addiction is a disease that literally rewires your brain. In these three years clean, I’ve encountered personal challenges, fitness-related injuries, and loss of friends to overdoses. It hasn’t been all rainbows and butterflies — I always have to stay vigilant in my recovery. Working out and training help strengthen my body and my mind, and give me the opportunity to help others do the same. When it comes down to it, connection, focus, and self-investment help keep me clean.

For me, fitness and recovery are very similar. Everybody comes from a different lifestyle and upbringing, and with various baggage or struggles. We all have a common goal, though: we want to get better in some way. Fitness has the capacity to be whatever it needs to be for you, and it has done SO much for me. My “why” continues to change, to grow, to evolve, but I know I am only able to strive for more, learn more, do better, and be better with effort, positive energy, and support from the people I surround myself with.