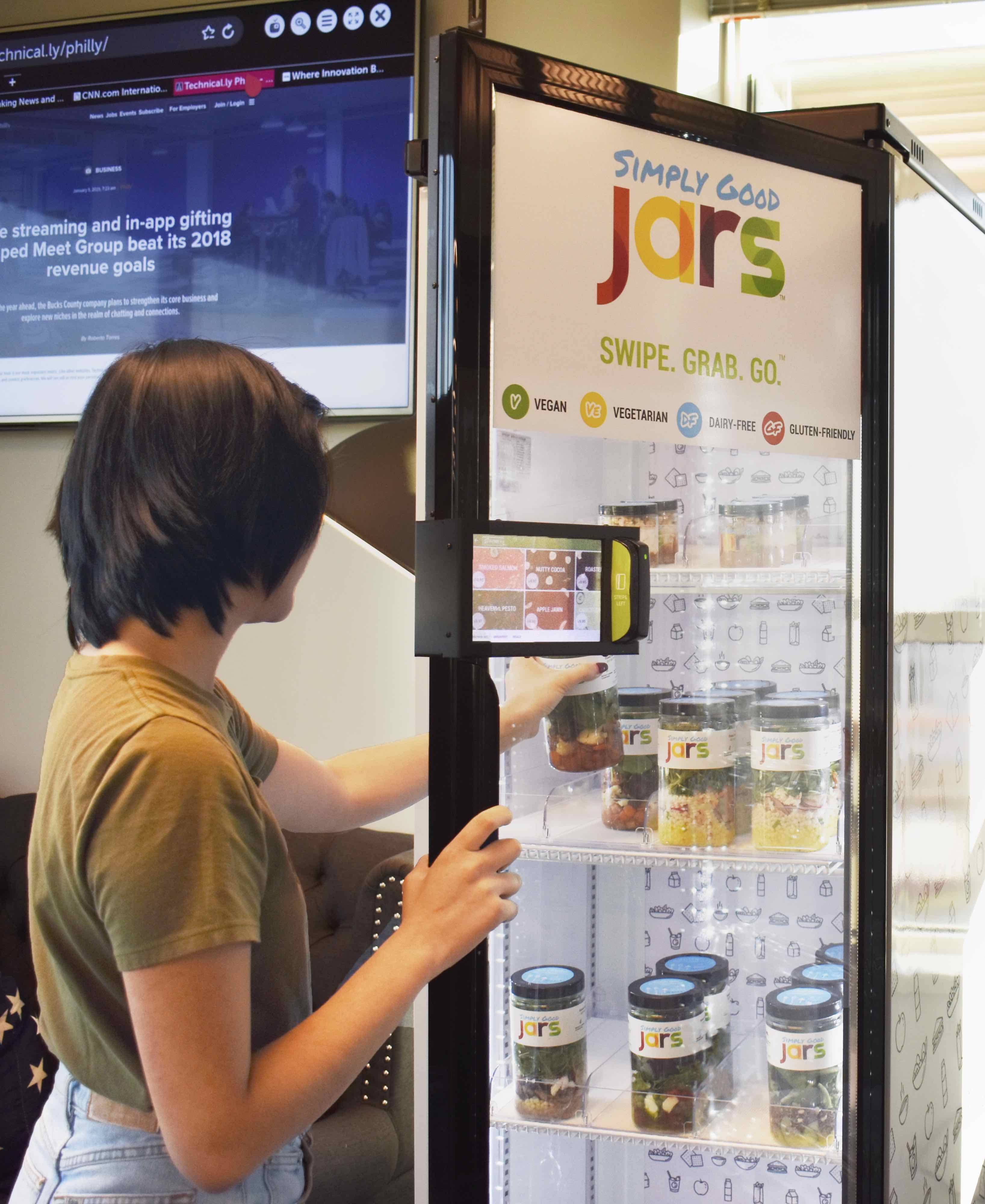 On the whole, Americans are dedicated to their work. They also tend to make time for some kind of play. And, of course, they’re devoted to their devices. But, for whatever reason, good nutrition isn’t typically high on the priority list, especially if healthy food options are inconvenient.

That was a problem Jared Cannon set out to ameliorate when he founded Simply Good Jars in Philly in November 2017. The longtime chef started out packaging salads, grains, and snacks like açai bowls in reusable plastic jars, which could be easily delivered to homes and offices. (He also had a presence on Penn’s campus.) Eventually, he partnered with a San Francisco company to create the Simply Good Jars Smart Fridge, a healthy vending machine that could be placed in venues where it’s difficult to find a balanced meal.

Cannon has already partnered with local companies to get these fridges into food courts, law and real estate firms, and gyms in the greater Philadelphia area. And, as of last week, he expanded to hospitals: You can now find Simply Good Jars in smart fridges at several Jefferson Health locations.

“The basis of what we do is really centered around this idea of increasing access to healthier food options, more so in places and spaces where there’s this element of being almost stranded,” Cannon says. “So the hospital system for me was a no-brainer.”

Jefferson Health executive vice president and chief operating officer Stephanie Conners feels the same way. “We met with [Cannon] and had an instant connection, with not only his product but also with how he got there,” she says. “We want to make sure we provide a healthy environment to work in and for our customers to visit, and that really is something that aligns well with the vision of Simply Good Jars.”

And that means everyone from overworked surgeons to the frantic families of ER patients can now access healthy salads, yogurts and breakfast parfaits, sides, and even chilled soups and teas with the swipe of a credit or debit card. (The fridge can tell what you remove and automatically charges you for those products.) Conners says Jefferson specifically asked for some gluten-free and lower-cost food items — prices range from $1.89 to $10.95 — to make sure they could accommodate dietary needs and still provide affordable options.

Jefferson is also the first place where Cannon is testing a healthy beverage fridge, featuring the soups, teas made from the coffee cherry (coffee beans are actually the seeds of the coffee cherry fruit), Baba’s Brew kombucha, and water from Just Water, a company that prides itself on its sustainable packaging. And, for every container someone returns to one of the bins near the Jefferson smart fridges, Simply Good Jars will donate 50 cents to the hospital’s Sidney Kimmel Cancer Center.