You can find Stephen Pasterino and his innovative P.volve method at the Unconventional Wellness Festival on April 7th. 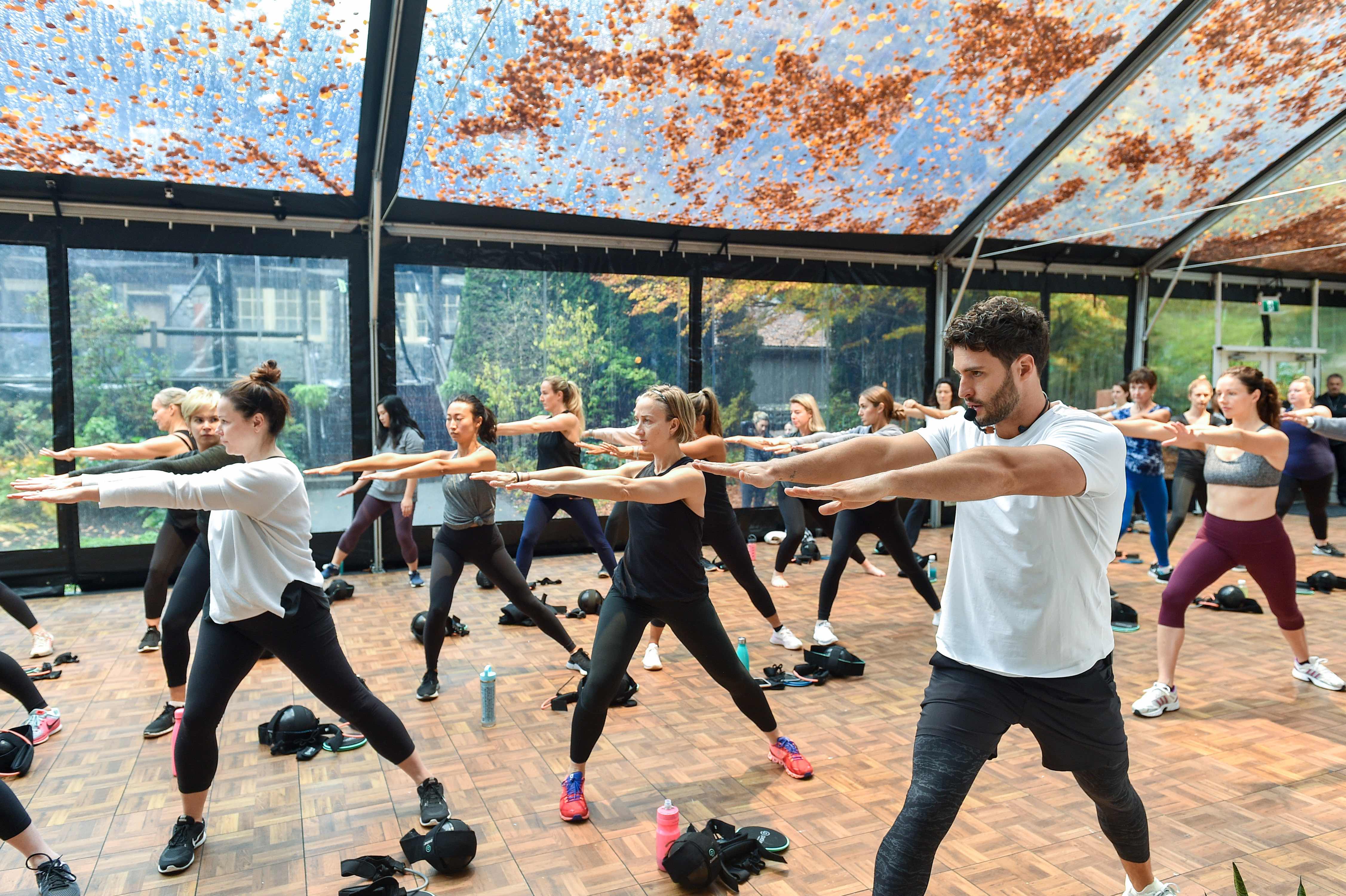 Our good ol’ founding father, Benjamin Franklin, allegedly said that famous thing about death and taxes being the only certain things in life, but we’d like to add one more: Victoria’s Secret models’ insane bodies. The secret to their ultra-defined rears? For several angels (and TV hosts and The Bachelor contestants), it’s Stephen Pasterino, the mastermind behind the infamous P.volve workout. (Remember, a couple years ago, when Cosmopolitan released a video of its staffers trying — and failing — to work out with this weird ball-and-strap contraption? What BuzzFeed later dubbed a crotch ball? That’s the P.ball, a Pasterino invention.)

Now Pasterino can be your trainer, too, at least for one day. On April 7th, the NYC–based mogul will travel to Philly for the Unconventional Wellness Festival, to be held from noon to 5 p.m. at the recently renovated Met Philadelphia opera house. The inaugural event is the brainchild of Heather Bonato and Gina Durante, who opened East Passyunk’s Yoga Hive Philly in July and have quickly established the studio as the place to go for quirky events. (We’re looking at you, horse yoga.) “There’s not too many large-scale festivals in Philly’s wellness industry,” Bonato says. “We wanted to focus on bringing the community together.”

Pasterino, who will lead a workout at 2:30 p.m., isn’t the only reason to pay $75 for the general admission ticket (or $90 if you want to be onstage next to the celebrity trainer and other yoga teachers as a VIP). Two power yoga classes, both taught by Yoga Hive instructors, are on the docket — one set to ’90s jams and the other to songs with more of a tribal vibe. Expect a diverse slate of vendors, including Northern Liberties’ four-month-old Anthology Wellness, Bella Vista gym Charge Performance and Wellness, healthy fast food chain Bryn & Dane’s, and 2018 Best of Philly winners athleisure boutique Sole Active and IV therapy spot City Hydration. You can even get a mini acupuncture treatment from Summit Acupuncture practitioners and much-needed (for all of us) stress management advice from licensed psychologist Sidney Cohen.

And if you needed more convincing, there’s an open bar. After all, most of us will never look like Romee Strijd, no matter how many Pasterino sessions we sweat through — might as well have a beer with fellow mortals.