Get ready, barre lovers: Pure Barre Washington Square West is slated to open later this fall, and all Philly-area Pure Barre studios will be rolling out a new (and more intense) class format. 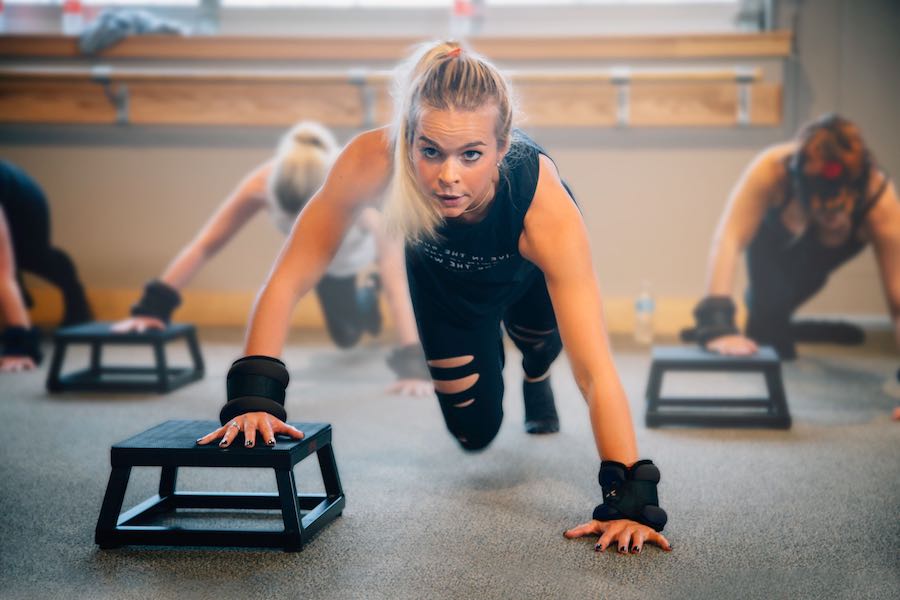 Pure Empower is another class that will be available at Pure Barre Washington Square West.

But good news, people of Wash West: Pure Barre is opening a new studio in the neighborhood this fall, with a new class format in tow. Who’s ready for a little more barre on the east side of Broad Street? We sure are!

The new Pure Barre Washington Square studio is currently under construction in The Franklin Building on the corner of 9th and Chestnut Streets — you know, the fancy-looking building home to Di Bruno Brothers, 3000 BC and more — on the Terrace level. It’s worth noting that the studio will not have a an off-the-street entrance, meaning you’ll have a good excuse to take a stroll through the stunning lobby of The Franklin Building to get to class.

As for the new class situation, let’s just preface it by saying that by how it sounds, your normal barre shakes will have shakes. Pure Reform, the new class, will feature aspects of a normal Pure Barre class but will up the ante with the addition of resistance bands for some extra strength training, sort of like you’d find in a Reformer Pilates class. Can you even imagine?

The 50-minute Pure Reform classes will officially launch at all of the Philly-area Pure Barre locations (Rittenhouse, Main Line, and South Jersey) in October, however, in the coming weeks you’ll likely see preview classes popping up on the schedule. Closer to the opening of Pure Barre Washington Square, the studio will be shelling out some pre-opening deals and specials, so keep your eyes on their Instagram for updates!

Here’s to having more places to sweat in Washington Square West!